There are Bachelor villains and then there’s Victoria. The Bachelor 2021 spoilers about Victoria Larson reveal that we haven’t seen the worst from Matt James’ most hated contestant this season.

Victoria is one of 32 contestants who met Matt, a 29-year-old real estate agent from Raleigh, North Carolina, on the Monday, January 4, premiere of The Bachelor season 25. Matt, who is the best friend and roommate of Bachelorette alum Tyler Cameron, was announced as the season 25 Bachelor in June 2020. Unlike the previous Bachelors, Matt is the first Bachelor since Brad Womack in 2011 to not be a former Bachelorette contestant. (Though he was cast for Clare Crawley’s season of The Bachelorette in 2020, he never made it on the show, as he was chosen as the Bachelor soon after.) 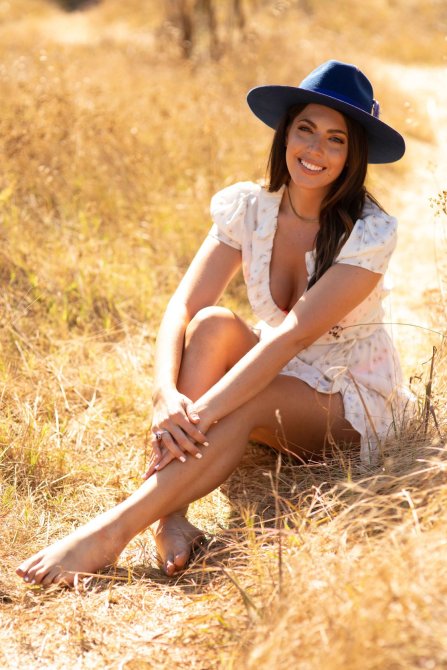 Victoria is a 27-year-old from Los Angeles, California. As viewers saw, Victoria refers to herself as “Queen Victoria.” Per her Bachelor bio on ABC, Victoria has retired her “jetsetter lifestyle” and is ready to find love. According to her Instagram, she also goes by Vikki.

“Victoria, or Queen Victoria as she likes to refer to herself, has outgrown her “once upon a time” jetsetter lifestyle but not her sense of grandeur,” her bio reads. “Victoria has shifted focus towards entrepreneurship and has launched a few businesses in the health and beauty space. Victoria knows she has a big personality and needs a strong man who can keep up but who won’t be controlling in any way, shape or form.”

Her bio continues, “The top things Victoria’s needs in a relationship are loyalty, honesty and independence. Meditation and spirituality play a huge role in Victoria’s life and to find someone who also is would be a huge plus for her. Victoria loves romance, and with her love language being physical touch, she hopes to find someone who appreciates that side of her. Victoria truly has no filter, which she loves about herself, and plans to be very forward in her pursuit of Matt. This girl knows what she wants, and good luck to anyone who tries to stop her!”

For her fun facts, Victoria lists the following:

– The light of her life is Coco, her Goldendoodle.

– Victoria’s biggest turnoff is a man who can’t keep his room clean.

What is Victoria’s job?

Victoria refers to herself as “Queen Victoria” on The Bachelor (it’s even listed as her job in her title card), but what’s her real job? According to her Bachelor bio, Victoria has launched a “few businesses in the health and beauty space.” Per her beauty website, VictoriaLarsonBeauty.com, Victoria offers coaching sessions and sells self-care and beauty products “enhance beauty for mind, body and spirit.” Those products include self-tanner, bath salts, candles and dry brushes.

Before her current career, Victoria worked as a flight attendant on private planes from 2018 to 2019. According to her LinkedIn, she’s also a real estate agent in Los Angeles. Per her website, Victoria went to undergrad at Florida State University, as well as studied at the Institute for Integrative Nutrition at New York University.

As for why her real job isn’t listed, a producer told Entertainment Weekly in 2019 that The Bachelor often chooses a trait that most defines a contestant instead of listing their occupation.

“[In some cases] who they are is defined less by [how] they make a living and more by some other dominant trait,” the producer said. “It’s rare that a contestant complains, as we try to work with them to figure it out in advance, but it does happen. It’s more common with men, who can be surprised that we don’t just give the OK to every person who would like to be called an ‘entrepreneur.’ That occupation seems to be the catchall for ‘I really don’t know what I’m doing with my life but this sure sounds cool.’”

In January 2021, a mugshot of Victoria leaked from July 2012 when she was arrested in Tallahassee, Florida, for stealing $250 worth of merchandise from a Publix grocery store. Per the arrest report, she put several items in her shopping cart that she took to the checkout section of the store. However, instead of paying for the items, she put the products, which include food and cosmetics, in a reusable shopping bag. She reacted to her mugshot resurfacing in an Instagram post in January 2021 with the caption: “Every saint has a past & every sinner has a future. & John 8: 7.”

Does Victoria win The Bachelor?

The question everyone wants to know: Does Victoria win The Bachelor? You can exhale a sigh of relief because Victoria doesn’t even come close to receiving Matt’s Final Rose. According to Reality Steve, Victoria isn’t even in Matt’s final four that receive Hometown Dates. In a post in January 2021, Reality Steve reported that Matt’s final four are Serena P., Bri and Michelle and Rachael. His final four are eliminated in that order, which means that Rachael is Matt’s winner. It’s unclear if they’re engaged, but one of Matt’s trailers shows him proposing to someone, so it’s likely that he put a ring on it. Reality Steve reported in January 2021 that Victoria will be eliminated by episode by the fourth or fifth rose ceremony. For more detailed spoilers about Matt’s winner, click here.