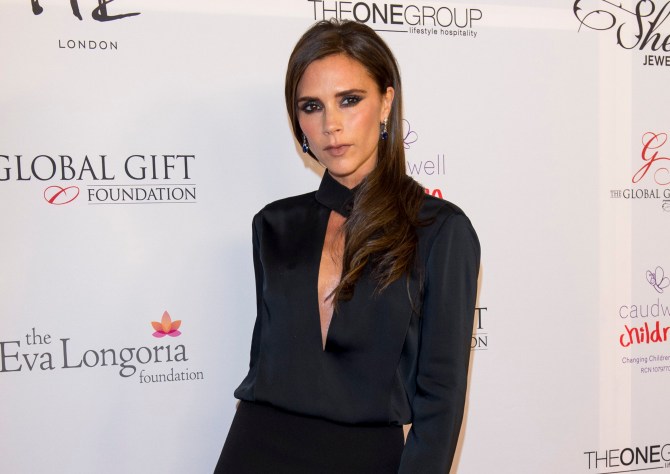 This is interesting: A new report is claiming that Spice Girl turned fashion designer Victoria Beckham is looking to assuage fashion lovers who can’t quite swing $1,000 for a handbag by creating a lower-priced lifestyle brand that would be sold at  department stores.

According to a RadarOnline source, Beckham has plans to build a lifestyle brand later in the year, and “she’ll finally be able to crack the mid-range department store market that has made millions for stars like Jessica Simpson.” The source added that she’s looking to “a store such as Macy’s and [won’t] just be known for high-end clothing.”

Interestingly enough, this is actually Beckham’s second try at a line for the masses since she launched a lower-priced line “Victoria by Victoria Beckham” in the spring of 2011 that has been slow to take of

The range features girly dresses that flatter not only a size 2 figure, but mostly all women. She told to WWD before the line’s launch, “I’m opening these designs to women and girls of all different shapes and sizes, people who maybe want something less tight and clingy and structured. It also makes it more comfortable for during the day. You can wear them with a pair of flats or a pair of heels and they look great.”

The 39-year old made her fashion designer debut in 2008 at New York Fashion Week with a handbag line following closely in 2010. Though many of the items from her lines are priced well over $1,000, it seems that Beckham could be following the path of successful designers like Michael Kors and Ralph Lauren who also proved themselves as high-end designers but also cater to the masses with lower-priced lines.

Even if her lifestyle brand is more successful than her 2011 spinoff of the Victoria Beckham brand, we doubt she’d ever dump her high-end line. After all, it’s the pricey stuff that’ll ultimately sell the affordable goods, as the masses love the idea of wearing a brand that’s known to be high-end.

Would you wear something from Victoria Beckham’s lower-priced line? Let us know below!