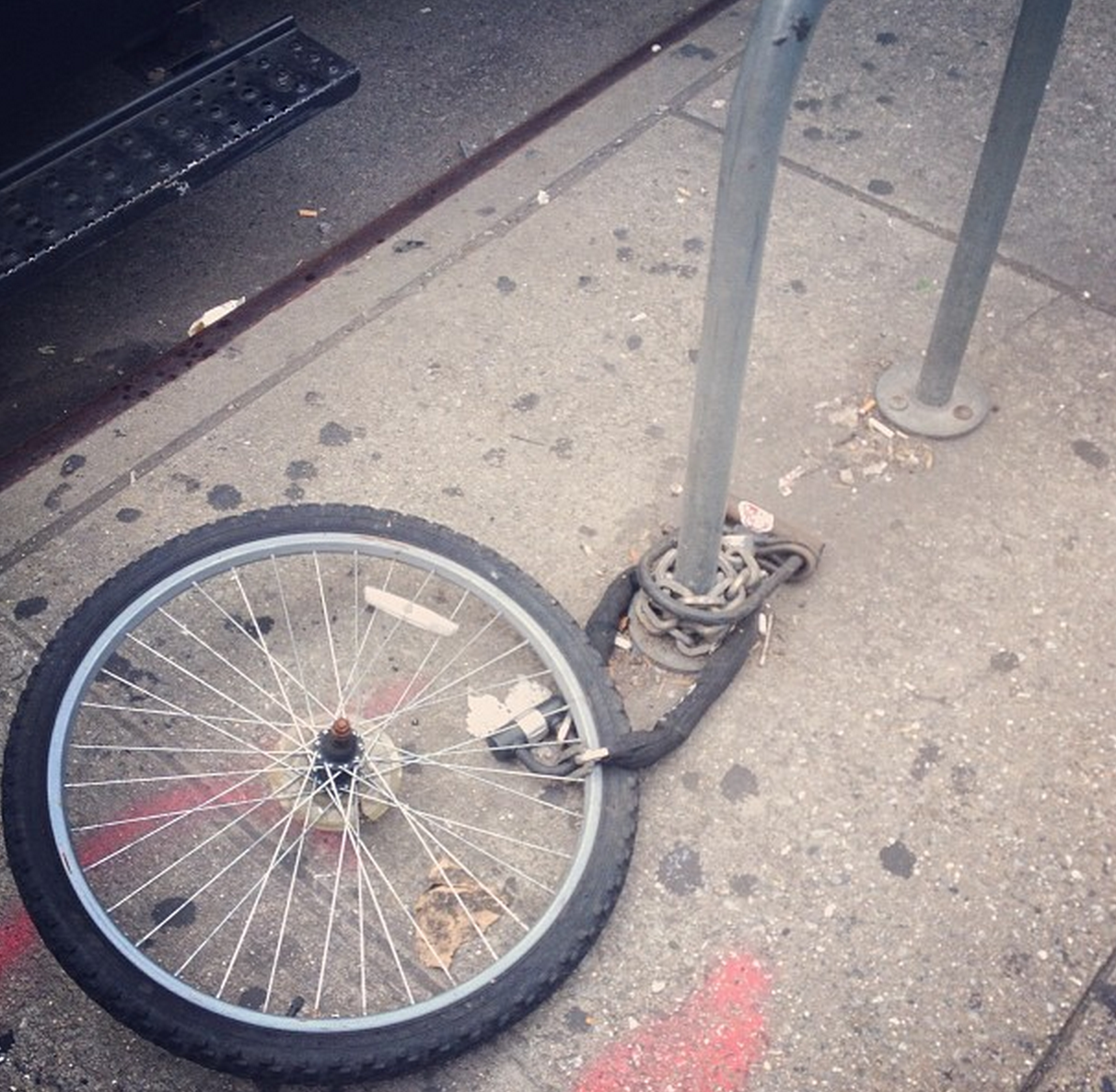 It’s a New York Fashion Week nightmare! It seems Spice Girl turned designer Victoria Beckham, who is showing her eponymous collection this Sunday, was the victim of a cruel, cruel robbery. Apparently, last evening, while she was preoccupied—possibly at a business meeting or heating up lasagna—someone pillaged her bicycle, leaving simply a wheel and the padlock. Beckham took to Instagram with the above photograph, captioned, “So I won’t be riding home tonight then! x vb.” She then tweeted a picture of a small police vehicle, stating that it was looking for the bike in question.

Obviously, we feel for Vicky B. It’s never fun to lose one of your possessions, especially when you’re plotting a collection of figure-flattering dresses and exorbitantly priced bags to float down the runway. But we still have a few burning questions about the situation:

1. Where was she going?
Seriously—where? On a bike? Now that we think about it, where do the Beckhams even stay when they’re in New York? They don’t have a known residence, and there are never any paparazzi shots of her leaving hotels. Do Victoria, David, Romeo, Brooklyn, Cruz, and Harper all share a guest room at Anna Wintour‘s townhouse?

2. What was she wearing?
Anywhere that she’s going during Fashion Week is going to be swanky, and we all know that this woman would rather eat her own arm than wear sensible shoes. And if you have never biked in stilettos, we can inform you that it’s absolutely miserable.

3. Where was her car service?
Come on. You know she has one. Although she did famously beg her father not to drive her to school in their Rolls-Royce when she was a kid (#PoshSpiceProblems), so we guess it makes sense that she would want to drive something more subtle. We think a cab would have done the trick, no?

4. Shouldn’t David have been watching the bike for her?
What else are hunky athlete husbands for?

5. Did she merely post a picture of a random bike so people like us freak out and write articles?
Maybe. We’ve certainly seen stranger things during New York Fashion Week.

What do you think the story behind the bike is?