On a warm September night in Los Angeles, Victoria Arlen, dressed in a shimmering jeweled bodice and hot-pink fringe pants, cha-cha’d across the dance floor to The Disco Fries’s “Born Ready.” She hopped, twirled, shimmied, and dipped into the arms of her “Dancing with the Stars” partner and professional ballroom dancer, Valentin Chmerkovskiy, earning a score of 19 from the judges and solidifying her as a frontrunner in the competition’s 25th season. But, as good as her cha-cha was, it wasn’t Arlen’s moves alone that brought the ballroom—and the entire nation—to tears.

Ten years ago, after she slipped into a coma, Arlen’s family was told that she’d never wake up. Not only did Arlen wake up; she went on to win a Paralympic gold medal. Next, she was told that she’d never regain the ability to walk—yet now she’s competing on “Dancing with the Stars.” Arlen is, as Chmerkovskiy, puts it, “the closest thing to a living miracle.” And even if she doesn’t take home the coveted Mirrorball Trophy, Arlen has already found her stride.

Raised in a small town in New Hampshire, Arlen, a triplet and the only daughter in a family of boys, learned how to swim at 3 and began swimming competitively six years later, with a dream of competing in the Olympics. “When I was 5, I was asked what I wanted to be when I grew up and I drew an Olympic swimmer with a gold medal,” Arlen says. “But when I got sick, I was like, ‘Well, there goes that dream.’”

In spring 2006, when she was 11, Arlen woke up to excruciating pain on her right side. Initially thinking she had a stomach bug, Arlen’s family let her rest for a few days before taking her to the emergency room with suspicions that she had appendicitis. Her appendix was removed, but her symptoms only seemed to get worse. Then, one morning, roughly a week later, the pain was mysteriously gone—but Arlen found herself paralyzed from the waist down. “I woke up and I wasn’t in pain anymore, but I couldn’t get out of bed,” Arlen says. “I was like, ‘Mummy, I can’t get out of bed. I can’t feel my legs. What is going on?’”

It was as if someone shut off the circuit breaker for all my motor functions.

For the next six weeks, Arlen and her family traveled to “every hospital on the east coast” seeking a diagnosis that doctors couldn’t give her. Rapidly, her body began shutting down. After her legs, Arlen lost function in her arms and hands. Then, after weeks of slurred speech, Arlen woke up unable to talk or swallow.

“I was having trouble finding words and my speech started getting more and more muffled,” Arlen says. “It was as if someone shut off the circuit breaker for all my motor functions. I was slowly becoming less and less myself, losing every ability known to man, so the Victoria my family knew was literally slipping away.”

In August 2006, four months after her initial pain, Arlen was traveling in an ambulance to yet another hospital when suddenly everything went dark. She spent the next two years in a vegetative state, hooked to a lifeline in a hospital where she was “written off as a lost cause.” Then, in January 2009, Arlen regained cognitive function. Though she still couldn’t see, move, or talk, Arlen could hear the conversations around her—with no way of letting her family know she was awake. “I was locked in,” Arlen says. “I was initially confused and scared because I didn’t realize all the time that had passed. But then I was like, ‘OK. I need to be proactive here. I need to try and figure a way to get out.’”

I was like, ‘I got stuff to do. I don’t have time to be in a vegetative state.’

Arlen spent the next year with violent non-stop seizures and overhearing her doctors talk about her. She learned that she was diagnosed with transverse myelitis and acute disseminated encephalomyelitis, two rare autoimmune diseases that caused swelling in her brain and spinal cord. She also learned that, had she been correctly diagnosed from the start, a simple steroid injection could’ve prevented the paralysis. Despite the negative prognosis, Arlen never lost hope. “I was like, ‘I got stuff to do. I don’t have time to be in a vegetative state,’” Arlen says. “I was 11 when everything first happened, so I really hadn’t experienced life yet.”

In December 2009, after her doctors gave her a sleeping medication to calm seizures, Arlen locked eyes with her mom for the first time in four years. “I was finally able to have a moment where I wasn’t convulsing and my body wasn’t fighting against me to find that strength, and then I got that little miracle,” Arlen says. “I have big brown eyes so you can’t really miss them. My mom was so elated, so excited. She was like, ‘I knew you were in there.’” 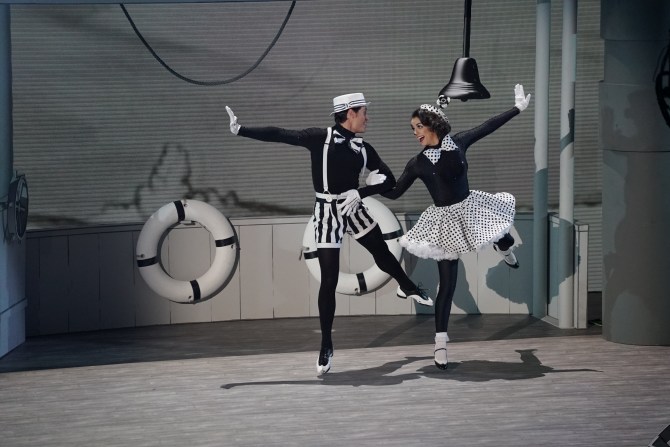 That moment was the beginning of a long road to recovery. Twitches in Arlen’s fingers became full-blown movements in her arms. Slurred sounds became long-winded stories. Mentally, Arlen also had to catch up. “I had to learn to slow down and speak slower, because I had so much I wanted to say,” Arlen says. “I also went from being 11 to 15 in what felt like overnight, so it was a bit of a culture shock. There were cellphones and Facebook, so culturally, I wasn’t a little kid anymore. I was a 15 year old.”

However, not all of Arlen’s body recovered so smoothly. Due to permanent nerve damage in her spinal cord, Arlen was told that she might never walk again—a prognosis she was hesitant to believe. “With any spinal cord injury, if you don’t see recovery within the first two years, then the likelihood of regaining any sensation is pretty slim. They were pretty dead-set about that right from the get-go,” Arlen says. “But I’m a very hopeful person. In the back of my mind, I always had aspirations and hope that maybe there would be a miracle. I’d had miracles before.” 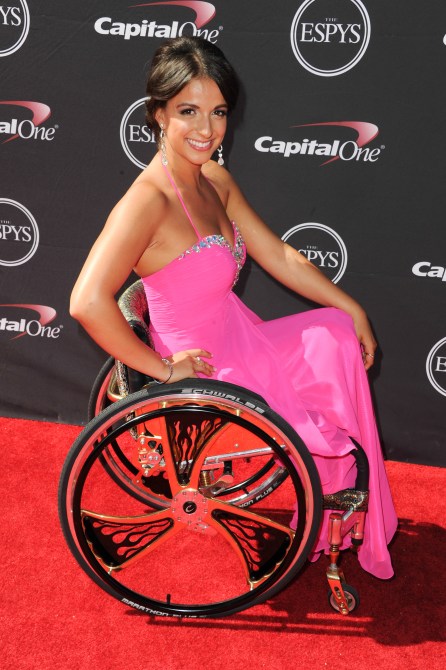 Still, despite Arlen’s optimistic nature, spending her days in a wheelchair with a feeding tube in her mouth didn’t make rejoining high school easy. On her first day, after moving with her family to a new town in New Hampshire, Arlen recalls being pointed and stared at for being different. “My first day of school was miserable. Kids are just cruel and mean,” Arlen says. “We had just moved so I was the new kid in a wheelchair and that’s not necessarily the most welcoming environment.”

In the back of my mind, I always had hope that maybe there would be a miracle. I’d had miracles before.

Though Arlen was steadily settling back into her life, there was one part that was missing. Since beginning her recovery, Arlen had yet to step into a pool. “I was afraid of the water,” Arlen says. “But I was also afraid that it wasn’t going to be the same and it was going to be a harsh reality check that I was different from before.” 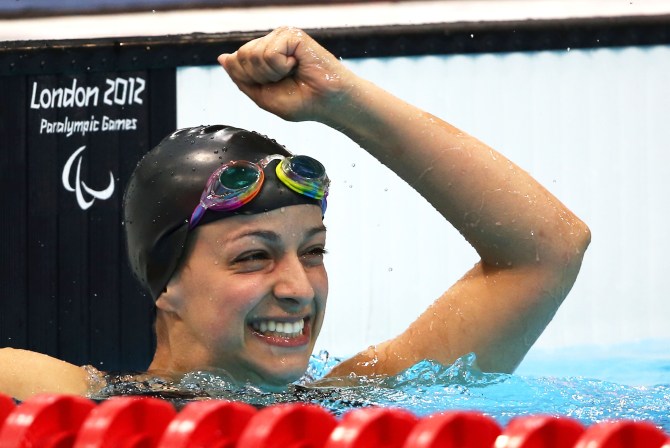 Her worries were assuaged when one day, while relaxing on the deck by her family’s pool, Arlen’s older brothers picked her up and tossed her in. Soon after, Arlen’s pool became a paradise where she could zip around freely without being tied to a wheelchair. “Taking me into the pool was kind of a moment where I was able to start to take back what was taken away from me,” Arlen says.

Soon after, she rejoined a competitive swim team, where her coach suggested she try out for the Paralympics. Not knowing what the Paralympics were, Arlen took a leap of faith. After months of serious training and an impressive race at the United States Paralympic trials, Arlen, at age 17, found herself in London in 2012 scoring three silver medals, one gold, and setting the world record in the 100-meter freestyle. 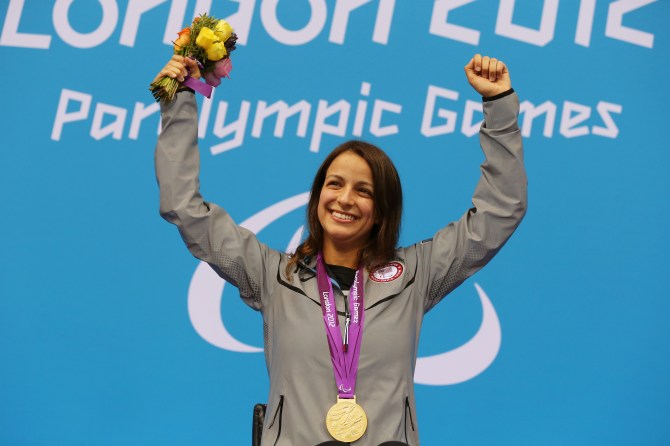 We were like, ‘Let’s cha-cha and let’s dance for those other Victorias out there and those other ‘lost causes.’

And though Arlen’s success was rapid, including a new opportunity as an ESPN reporter as a result of her Paralympic fame, she still had one more obstacle to overcome: Learning to walk again. For the next four years, Arlen trained with treadmills, harnesses, and crutches at Project Walk, a paralysis recovery center in San Diego, which her parents founded in her honor. In November 2015, six years after her legs first went numb, Arlen took her first step. By April 2016, she was able walk without any help.

Months later, Arlen was asked to compete on the 25th season of “Dancing with the Stars,” a show she told her mom she wanted to be on when she was 10, before her medical nightmare began. In September, a week before her 23rd birthday, Arlen danced for the first time in front of millions. Seconds before the spotlight rose, Arlen recalled looking up, seeing an old clip of herself sick, and realizing how much she’s overcome. “I was emotional and then I looked at Val and he looked at me and we were like, ‘Let’s cha-cha and let’s dance for those other Victorias out there and those other ‘lost causes,’” Arlen says.

Each time, if I can step out there and impact one life, I’ve done my job. 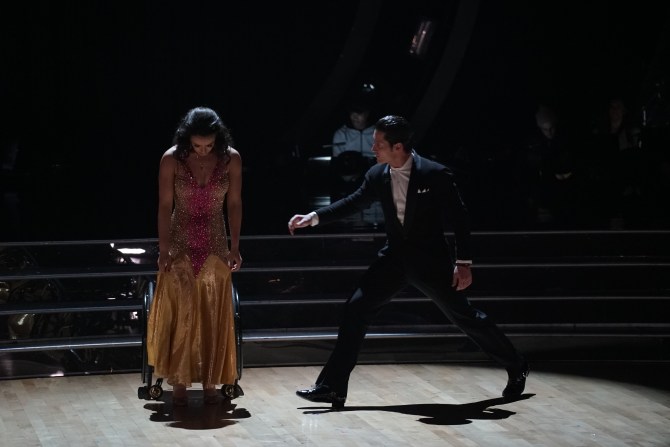 Since her dance floor debut, Arlen’s received consistent high marks from the judges, flowers from Taylor Swift, and an outpouring of support from fans who consider her journey an inspiration. One of Arlen’s next goals is to replace the term “disability” with “different ability,” a phrase that doesn’t “negate any situation,” but instead, better encompasses the many abilities—swimming, dancing, fighting—that Arlen and “other Victorias” can do.

“There are other Victorias, there are other people going through really devastating situations,” says Arlen. “I want to be able to show them to keep fighting, to keep believing, and you can have your shining moment. Each time, if I can step out there and impact one life, I’ve done my job.”