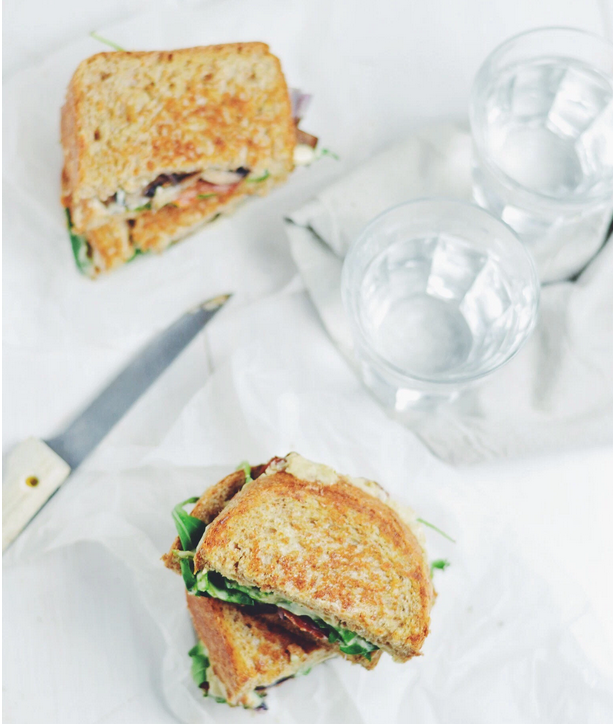 Photo: Courtesy of Fanny the Foodie

I like bread, especially the day after a big night out. All I want is bread, I don’t know why, but my body is like, get those carbohydrates in! However, me as a real foodie, I’m not happy with a plain piece of bread—how could I, being called Fanny the foodie?

After last Friday night I just needed some bready yumminess on my plate. Yes, my friends, I did have a pretty fun night, and yes, there might have been a tad too much liquid involved, but I am young, so don’t judge. Anyways, let me get to the point of this post: I wanted a sandwich. I wanted a good old toasty, so I went into the kitchen and got creative, and the end result was this friggin’ yummy piece of heaven.

A sandwich stuffed with a vegan cheese sauce, garlicky mushrooms, rocket, red onion, and sun-dried tomatoes—oh my God, AMAZING. There aren’t even words to describe the explosion of flavors that was happening in my mouth when I tried this: major foodgasm! Even my sister approved. She said, “Fanny, this is the best sandwich I have ever eaten. In fact, this is one of the best things I have ever had.” See, it must have been pretty darn great if even my sister approves. 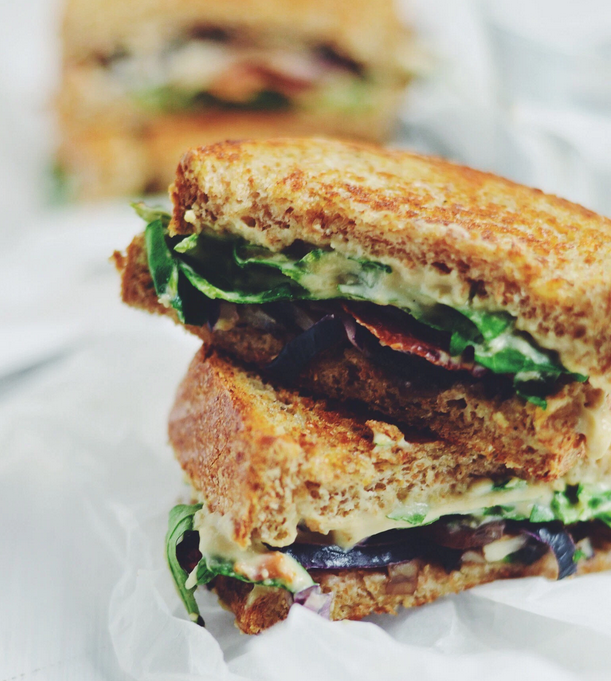 Photo: Courtesy of Fanny the Foodie

Voila, guys, this is it: the best sandwich you will ever taste. This. Is. Amazing! That’s it then ’cause there’s nothing else to be said, just try it and you’ll know what I mean. You are gonna be speechless.

Fanny is first and foremost a major foodie. She loves anything about food: She loves preparing it, styling it, shooting it, and, of course, eating it. Her blog is her creative outlet on which she weekly publishes plant-based recipes. From the most indulgent chocolate treats to healthy breakfasts and delicious dinner recipes, she’s got you covered. Follow along on Instagram at @fannythefoodie.