In a juicy—if belated—turn of events, it seems the making of that that epic 2003 ‘It’s Totally Raining Teens!’ Vanity Fair cover wasn’t as fun and awesome and enchanting as one might have imagined. 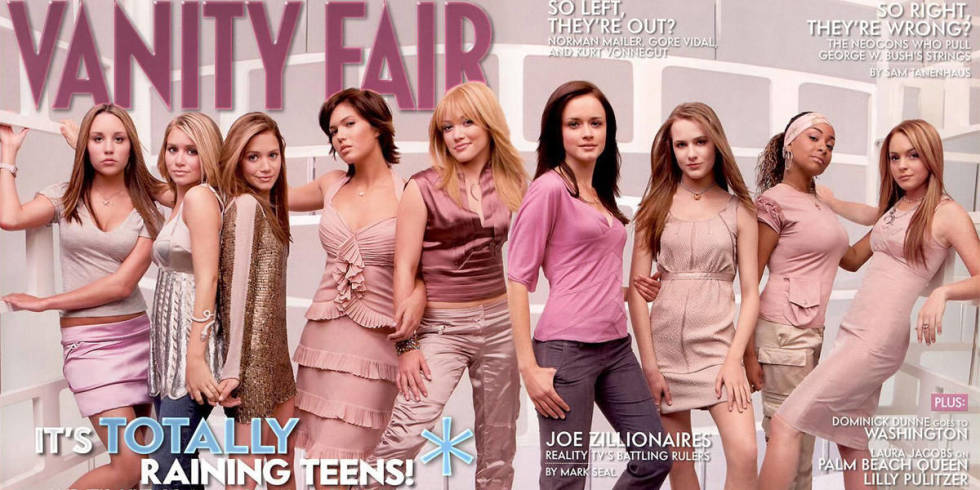 Along with the Olsen twins and Amanda Bynes, the cover included a parade of the year’s biggest teen talent, like Mandy Moore, Hilary Duff, Rory Gil—,er, Alexis Bledel, Evan Rachel Wood, Raven-Symoné, and Lindsay Lohan. Not bad choices considering all of these ladies are still making headlines today. (Some more than others, but still.)

But while it looked like these up-and-comers were having the most glamorous time of their lives on set, it was anything but for one young actress. In response to a cheeky tweet from a fan about the cover, Evan Rachel Wood, who at that time was getting ready for the release of her breakout hit “Thirteen,” got real about her experience. And no, she didn’t hold back.

I was almost in tears after this shoot. They tried that dress on me, I wasnt comfortable but they told me there was no time– @katiexwright — Evan Rachel Wood (@evanrachelwood) October 15, 2014

— cause everyone else took up too much time with their fittings. Then I was given a choice on whether I– @katiexwright

–wanted to wear flats or heels. I chose flats and was immediately handed heels and told they looked better. Then we were– — Evan Rachel Wood (@evanrachelwood) October 15, 2014

–all lined up, stared at and approved. I was 15 and felt for the first time my identity being erased and the pressure– @katiexwright

— to shut up and do what you are told. I felt like meat. Since then, I have found my voice. Never again. #neverforget@katiexwright — Evan Rachel Wood (@evanrachelwood) October 15, 2014

Yikes! Sounds like the explosion of heels (and shades of pink, for that matter) really got to her. And while we can totally sympathize with that totally awful experience, a wee little part of us wishes she might have included some more specific details? Like, maybe, what was Lohan like? How was Amanda Bynes acting? Was Hilary really okay with that crazy satin outfit? You know, the important stuff.

In all seriousness, it seems Wood has gotten over the VF mishap and has moved on to bigger and better things, not excluding an new outlook on life. And in case you’re wondering if the mag would be annoyed with her honesty, Evan made sure to patch things up:

Side note , I have shot the cover of “vanity fair” since and had a much different experience. It was quite lovely. 😊

Anything you want to add, Mandy Moore?