Vanessa Morgan and Drew Ray Tanner were at dinner last summer when they decided to form a band. They had bonded over music for years on the set of The CW’s Riverdale, in which Morgan stars as Toni Topaz and Tanner plays Fangs Fogarty. And while Tanner had mentioned that he had a collection of songs that he had written in the past five years and wanted Morgan to sing them, it wasn’t until that dinner last summer that the two put their plan in motion.

And so came the birth of These Girls, These Boys, Morgan and Tanner’s musical duo, who released their first song, a Coachella-vibe, soft pop song titled “Sleep When I’m Dead.” “We sat on the idea for a band for a couple years, and we hummed and hawed about it,” Tanner tells StyleCaster. “Finally, last summer, we got together to catch up and Vanessa just said, ‘Why haven’t we done this yet? Why don’t we just do it?’ And I was like, ‘You know what? You’re right. What’s holding us back?’”

After that dinner, Morgan and Tanner had a writing session, where he played her six songs that he had written for the past few years. The last song was titled “These Girls, These Boys,” which Morgan suggested that the duo make the name of their band.

“The purpose of the song was to tell a story from my young 20s to present day. It was supposed to document relationships that you experience from when you’re freshly single and going through your first breakup to finally finding the person you’re supposed to be with for the rest of your life,” Tanner says. “Vanessa was about to get married that summer, so the song lined up perfectly for her life in the sense that you go through all these people, all these girls and these boys, in your lifetime to get to that one person at the end of the day. We felt like that was a great thesis statement for our group.”

And while their musical debut wasn’t without its bumps in the road (they had to scrap their original music video idea and reconceptualize it after quarantine), These Girls, These Boys is determined to have their voice heard. “We want to encourage people that this isn’t like we dropped one single just because we could. It’s part of a bigger plan,” Tanner says. “Come along for the journey, hang out and listen to some vibey jams.”

Ahead, Morgan and Tanner talked to StyleCaster about how their sleepless schedules inspired their first single, the original idea for the “Sleep When I’m Dead” music video and what they think about the in Riverdale season 5’s upcoming five-year time jump. 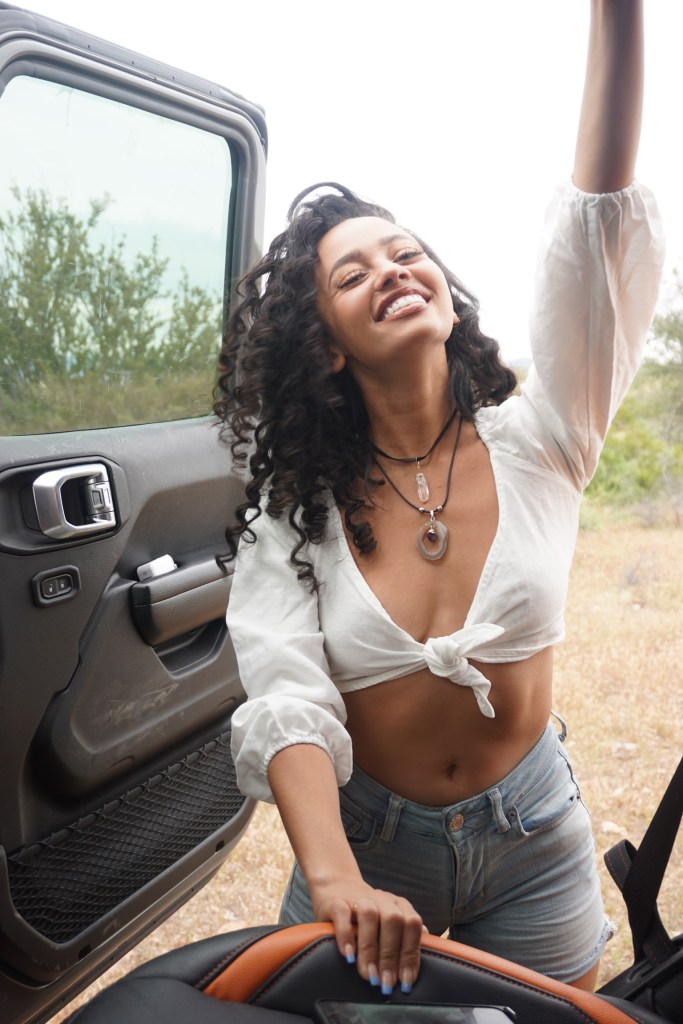 On the inspiration behind “Sleep When I’m Dead”

DRT: “There were a few years when we had first met where we were especially just enjoying being in our young 20s and living by this motto of “I’ll sleep when I’m dead. I’ll stay up all night. I’ll enjoy every moment.” It was this realization coming into your 20s that time is finite. When you’re a teenager, you think you’re going to live forever, but then your 20s hit and you’re like, ‘I’m in charge of every moment.’ I feel like that was the perfect starting point for our journey. These are moments that only are going to last in this timeframe of our lives, so we might as well not blink and try to enjoy it the best we can.

VM: “Also we don’t sleep. With work and making time to go out and see our friends and live the best life we can with traveling so much, we really don’t sleep when it comes down to it.”

On the original “Sleep When I’m Dead” music video idea

VM: “We had a whole music video situation that we were going to film. Then everybody went into lockdown. For us in Vancouver, we started going into lockdown on March 12th, so we had to cancel our plans and start looking for an animator. 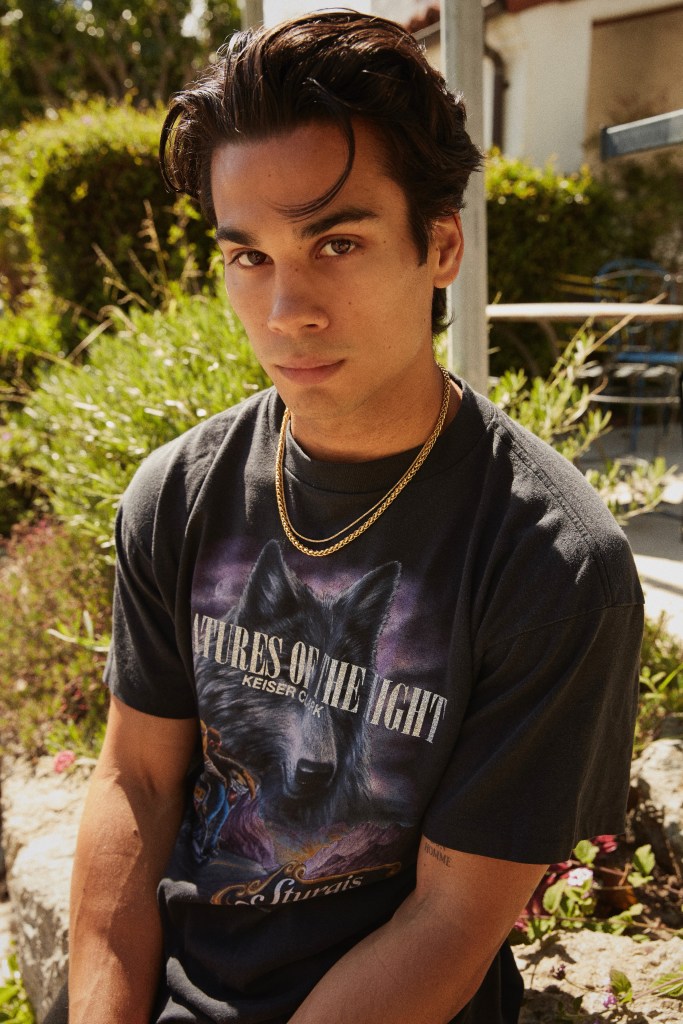 On the sound of their band

DRT: “Vanessa has a lot of music tastes and so do I. Each of the six songs that we wrote together is completely different. I know a lot of people say that, but it’s true. This first song really popped and has Coachell-y vibes. The second song is going to be a lot more R&B, ‘90s hip-hop. The one after that is going to be a different genre. We wrote some country stuff. We’re working with some EDM artists. It’s the cliche thing that a lot of people say. There are no rules with where to go with this. Vanessa loves country music. So I was like, ‘OK. Let’s put that on the list.’ I really like hip-hop, so let’s try and put that on the list as well.”

VM: “We were in the middle of shooting the prom episode. We were two days from being done. I was pretty bummed we didn’t get that done in time to be the finale because I really liked the prom episode and it was super fun dressing up. It was also the whole cast together again, which we hadn’t had in a long time. At the same time, I’ve been following COVID-19 since January, so I was pretty happy that we were taking precautions to protect everybody. We were one of the first productions to shut down. I was happy to go home and start quarantining.” 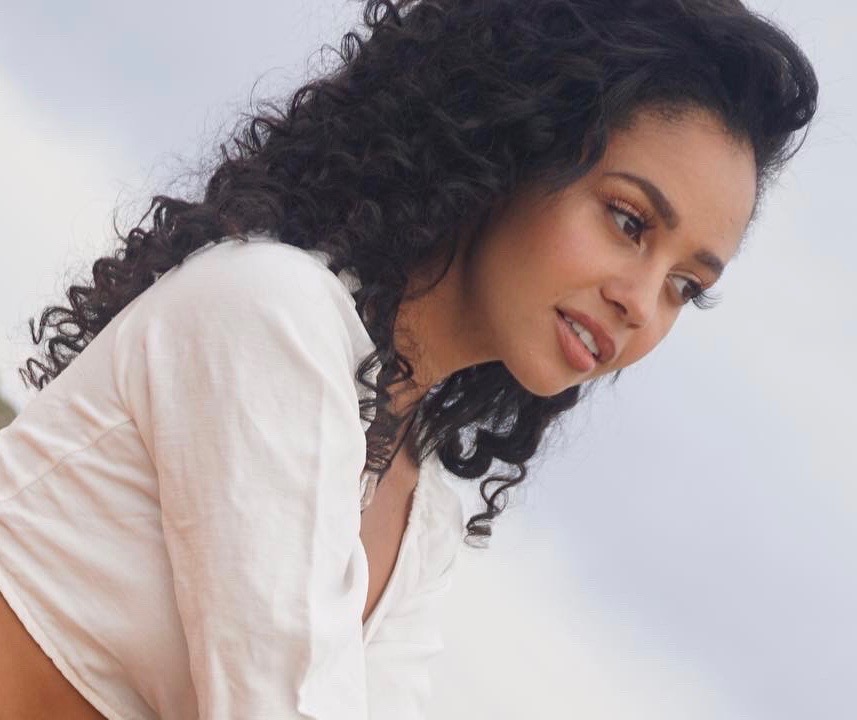 VM: “To be honest, I’m pretty happy about the time jump. I’ve wanted something a little different. I’ve been playing Toni for three seasons now, and I kind of want a change. I kind of want her to be different. Obviously, in five years, there’s going to be so much growth. Who knows what her hair is going to look like? Who knows what she’ll even be doing? Is she even going to be living in Riverdale? I’m excited because it’ll almost feel like playing a whole new character. They haven’t told us anything minus the five year jump. I’m so curious. I wish I knew more.”