Vanessa Marano almost wasn’t cast in This Is the Year. “You know what’s funny? They weren’t originally interested in me, for who knows what reason,” she tells StyleCaster. “Whether it be an age thing or a type of character thing. I usually play more sarcastic, dry characters, and Molly, as you know, is not that.”

It wasn’t until Marano auditioned on a “whim” that the creators looked at her with fresh eyes and cast her as the female lead in the film. “They were having a lot of trouble finding the girl, and I was one of the last people that they saw,” she says. This Is the Year, which premieres on August 28, follows a high school senior named Josh (played by Henrie’s younger brother Lorenzo), who, in an effort to win over the girl of his dreams, invites her and his best friends on a road trip to see their favorite band at the biggest music festival of the year. Marano stars as Josh’s best friend, Molly, a homeschooled teenager who’s never been kissed.

The film is directed by David Henrie and executive produced by Selena Gomez, two former Disney Channel stars Marano had never met before but who her sister, Laura (who starred on Disney Channel’s Austin & Ally) is friends with. “I was kind of obsessed with this idea of former child actors coming into adulthood and creating their own projects that mean something to them,” Marano says. “When Selena came on board to executive produce, it was like, ‘Alright. We’ve all been doing this for so long. We’ve all been doing this since we were kids. Now we’re all taking our careers into our hands and producing content.’” 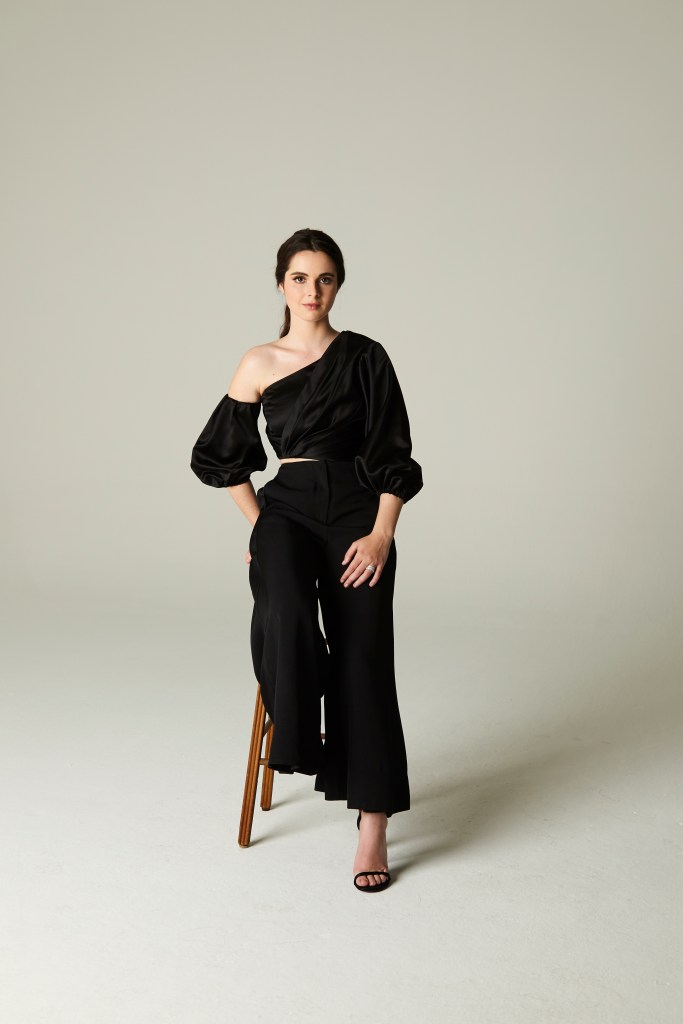 Marano, who produced her first film, Saving Zoë, with her mother and sister in 2019, was also drawn to This Is the Year because of how much the Henrie family was involved. “I was attracted to it from the fact that it was David’s directorial debut and his brother, Lorenzo, is the lead in it. They produced the film with their father and their production company,” she says. “I wanted to be a part of someone doing that exact same thing I did with my mom and sister, working with family, building a project from the ground up and making it happen.”

Ahead, Marano talked to StyleCaster about what it was like to work with Gomez and Henrie on This Is the Year, how the film breaks ‘80s movies tropes and if she would be down for another Gilmore Girls reboot.

“This was my first time meeting both of them, which is hilarious, because my sister, coming from Disney Channel, had met Selena and David prior, but I had never met anybody prior to working with them. I was very much in my ABC Family/Freeform bubble. David I worked with super closely due to the fact that he’s the director and also is in the film as a performer. Selena moreso on the post side. We’ve been doing more promotional things for everything. I can’t say enough wonderful things about the Henrie brothers and the whole Henrie family, and how hardworking and lovely they are. When you say that the film was so joyful, they exude that kind of energy.”

On how her sister Laura inspired her performance as Molly

“I like that it was a character I hadn’t played before, but also she reminds me of my sister, which my sister always attacks me for saying this. She’s like, ‘I’m not an awkward homeschooled person. You’re the awkward homeschooled person.’ I’m like, ‘Nah. You’re way more awkward than I am.’ What I love about Molly, and this is what’s evident with sister Laura, is that she’s so confident, but she’s not confident in a way that she has everything figured out. She’s quirky. She’s a little strange, but she’s so lovable and believes in the good of people and walks into a room with confidence even though she’s never gone to school before and has been homeschooled her entire life. It would be so easy for her to be a shy, demure character, but that’s not her at all. It created this well-rounded, young female that I haven’t got to see in a film before” 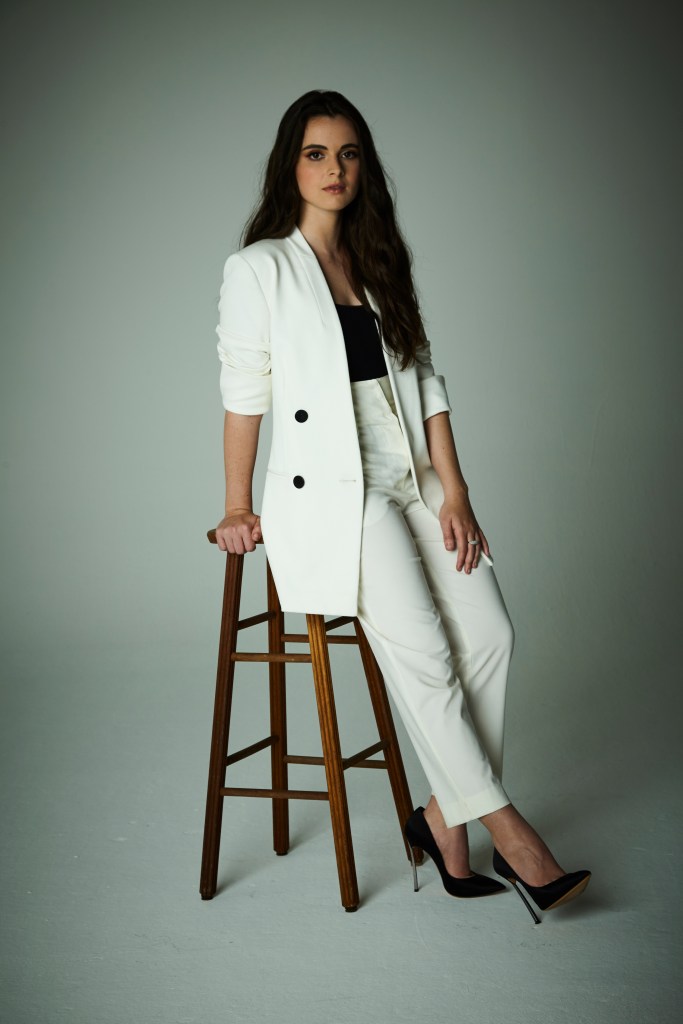 “David gave everyone a list of John Hughes movies to watch before, and I was like, ‘David, you know I’ve seen all of these movies like 10 times?’ It was cool to see how much those films still affected him to this day. Those films really inspired him as a filmmaker but also inspired him growing into himself. What’s so interesting about the movie is the ‘80s nostalgia of it being a simple story. Drawing on this whole idea of seeing yourself in a film from the ‘80s, but the fact that the characters were very much in a modern-day setting. They weren’t saddled with a lot of the tropes that I think the film industry forced upon specifically young women during that time period. We had the freedom to make them characters within our time period but still paying homage to those great films.”

“I love that Molly’s relationship with Zoey, who is her best friend’s love interest, was never a volatile female relationship. So many times the girls are pitted against each other, especially when there are overlapping love triangles, and that was never the case with those two characters. I loved seeing that represented on screen. They’re both two confident young women. They’re not having that angst of, ‘Oh. I feel this way about myself,’ which there’s nothing wrong about that. It’s a real thing that teenagers go through. That’s why a lot of people resonate with ‘80s films. But when you see that on film so often, you lose sight of the fact that you can be a teenager, you can be a young adult and feel very confident in yourself, even if you’re not the most popular girl in school. You have Zoey, who everybody loved, and you have Molly, who no one really knew. They didn’t put themselves in those boxes. Everybody else put them in those boxes, but the way they saw themselves was as more well-rounded characters than I think society would put on them.”

On if David’s character was inspired by any ‘80s actors

“You would definitely have to ask David who he drew the most inspiration from. But I can see Judd Nelson from The Breakfast Club. I can see Emilio Estevez. I can 100 percent see Matthew Broderick. I don’t know if he’s very Michael J. Fox, Back to the Future. I  don’t think that’s necessarily the character he was going for. For me, based on what he brought to the screen and maybe because he looks like both of them, I would say Emilio Estevez and Judd Nelson.”

On how her sister Laura’s surprise cameo happened

“I was a last minute decision. Someone else was supposed to do the cameo, and it fell through while we were shooting. Laura was available and David was like, ‘Would she do this?’ And I was like, ‘Yeah. You want to fly her out to Alabama for me to hang out with my sister a little bit? Sure. She’ll absolutely do it.’ We were already shooting around the time of my birthday in Alabama. Then this whole cameo opportunity arose. and I was just like, ‘Do you just not want to not fly out for my birthday and wait to fly out for this thing?’ I think it was two weeks after. She worked maybe 30 minutes, and we hung out for a few days in Alabama together. It was great.”

On the possibility of a This Is the Year sequel

“I would 100 percent be down for a sequel. I think everyone is down for a sequel. I think that’s part of the decision of why you don’t get to see more. Everyone would love to work together again and continue the stories of these characters. I love the way it ended. When you watch the film, Molly is searching for this perfect moment, this perfect high school experience, this perfect first kiss. There are so many expectations. So many times, Josh couldn’t see what was right in front of him. For her, too, she couldn’t see what was right in front of her because she had built up so many expectations in her own mind. Whether it be love or whether it be who you’re going through life with, you want that to be someone who’s your best friend.” 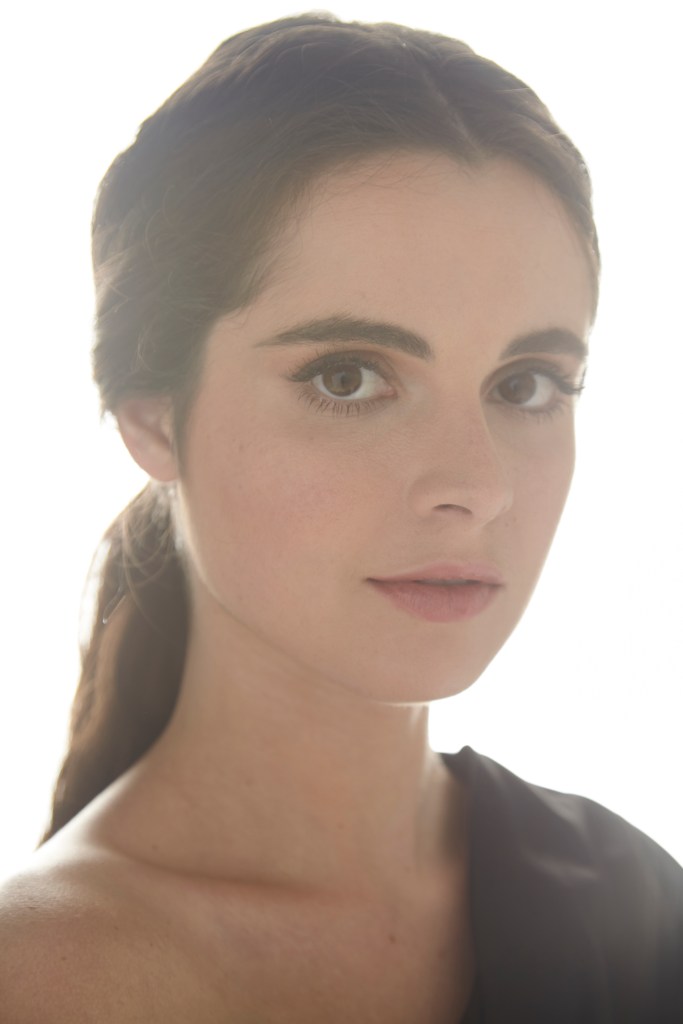 On playing April in Gilmore Girls

“That was my favorite show in the entire world before I got on it. I was a Gilmore Girls obsessed fan. I watched all the reruns. It would air at 5 p.m. Literally my sister and I would sit and watch it. So when that character came about, they didn’t give us much information in the breakdown. It was just like, ‘Quirky girl. Will have storyline with Luke.’ I immediately knew it was a daughter. Because I had been following the show, I was like, ‘That’s what they do.’ This is the problem when you’ve been in the industry for so long, you know in order for a show to keep going that the conflict has to exist in certain characters. At that time, Luke and Lorelai were together and everything was going right, so the only way they could break up is to drive a wedge between them. This character would be this wedge. I was like, ‘Oh. I’m going to hate this character.’ And then I was like, ‘I must play this character because it’s my only shot to get on Gilmore Girls.’ And I was right. Everyone hated April. The world hated April. This is before social media and people leaving nasty comments on your pages and hating you. There was legit so much visceral hatred. I’m also thankful that 13 years later, it’s aged well. There are so many people now who are like, ‘No! I like April.’ Yeah, because they got back together, obviously. Now, you like her, because they got back together.”

On the possibility of another Gilmore Girls reboot

“I’m absolutely down. I’ve heard nothing. But I will say, when this question was being asked X amount of years ago before they did the revival. I was the person who was like, ‘I don’t think it’ll ever happen. It’s never going to happen.’ And then it happened. So I’m the wrong person to ask. feel like it really depends on Amy [Sherman-Palladino] and Dan [Palladino] and Lauren [Graham] and Alexis [Bledel]. I imagine everyone’s work schedule would have to severely slow down before the talks of another revival happens. But again, never say never. I was a non-believer before.”