I’ve heard a lot of advice on how to cope with a bad bout of anxiety or depression. Meditate! Exercise! Journal! I’m sure plenty of other people find these strategies helpful—and more power to ‘em. But me? When I’m depressed, I binge-watch The Vampire Diaries, a show about unreasonably hot vampires made for teenagers. I’ve watched the entire series more times than I can count, and before you ask, I am not embarrassed about this at all. The thing is, sometimes when I’m really going through it, going for a run or breathing in counts of four is not enough to get myself back to a manageable headspace. Yes, regular exercise and meditation are healthy habits I encourage everyone to try. But consuming media (even media as silly as The Vampire Diaries!) is a legitimate coping tool as well.

It should be noted here, first and foremost, that if you live with an anxiety disorder or depression and seeing a regular therapist is within your power—do that. What I’m talking about here is dealing with an anxiety attack outside the therapist’s office and finding the right coping tools that work for you.

I have Generalized Anxiety Disorder with a side of depression and ADHD that was only diagnosed a few months ago. These things sometimes make life difficult for me, especially in the years when getting therapy was not a possibility. A lot of Googling on how to deal with anxiety tended to lead me to many of the same responses, namely: meditation, exercise like running, deep breathing, or the very vaguely described “mindfulness.” 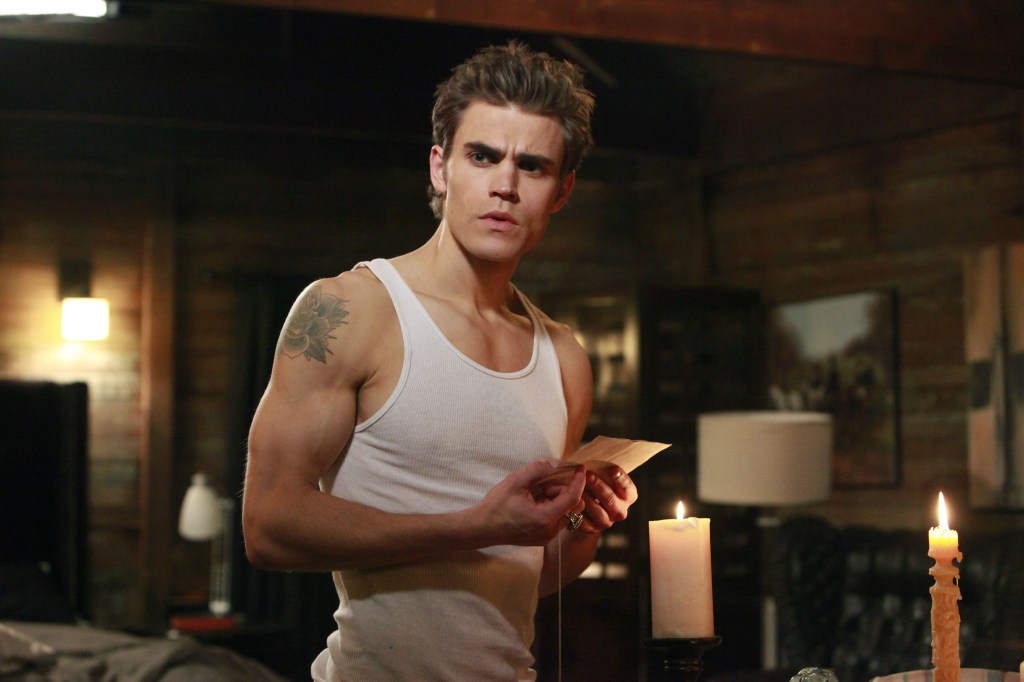 The thing is, when left alone with my brain for any amount of time, it begins to attack me, like a running ticker tape of everything I’ve messed up, will mess up, forgot to do that day or how I’m otherwise screwed. I usually rise from meditation sessions in panicked tears, way worse than when I started, having just been bombarded with every negative emotion I’d been trying to keep at bay. Running also gives me way too much time to think, while focusing on my breath tends to cause me to forget how to breathe.

When left alone with my brain for any amount of time, it begins to attack me.

I was feeling pretty out of options and ugly-crying at an intake session with a therapist when she told me it was actually pretty common for people with anxiety to respond badly to meditation. In fact, it could even be damaging. I can’t remember ever feeling freer or more vindicated.

It turns out what I actually need is a distraction. 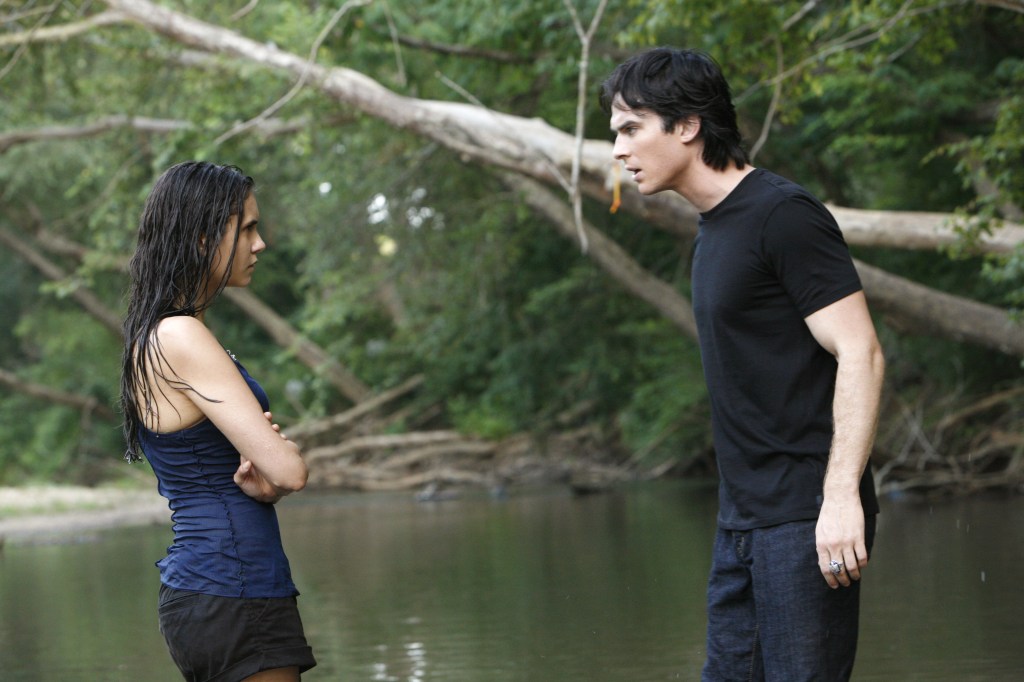 I don’t mean full-on escapism where I hole up in my room for 72 hours with the TV because that is, obviously, unhealthy. What I mean is, when I have “your life is actually falling apart” playing on a loop in my head and I can’t shake myself out of it, what I need is to focus on something else for a little while. For me, watching Stefan and Damon Salvatore fight for Elena’s heart in the downtime between outwitting some all-powerful foe is just the ticket.

When I’m panicking, what I don’t need is more time to focus on it.

The Vampire Diaries is not high-brow television by anyone’s estimation. The thing it has going for it is satisfying melodrama, occasional comedy and breakneck plotting that refuses to go stale (at least until season 5). It’s fun, compulsively watchable TV, and it never fails to distract me from whatever I’d been panicked about before. When I’m panicking, what I don’t need is more time to focus on it.

Christen Sistrunk, MA, LPC, a therapist focused on anxiety disorders and depression in Houston, Texas, says this is totally legit. 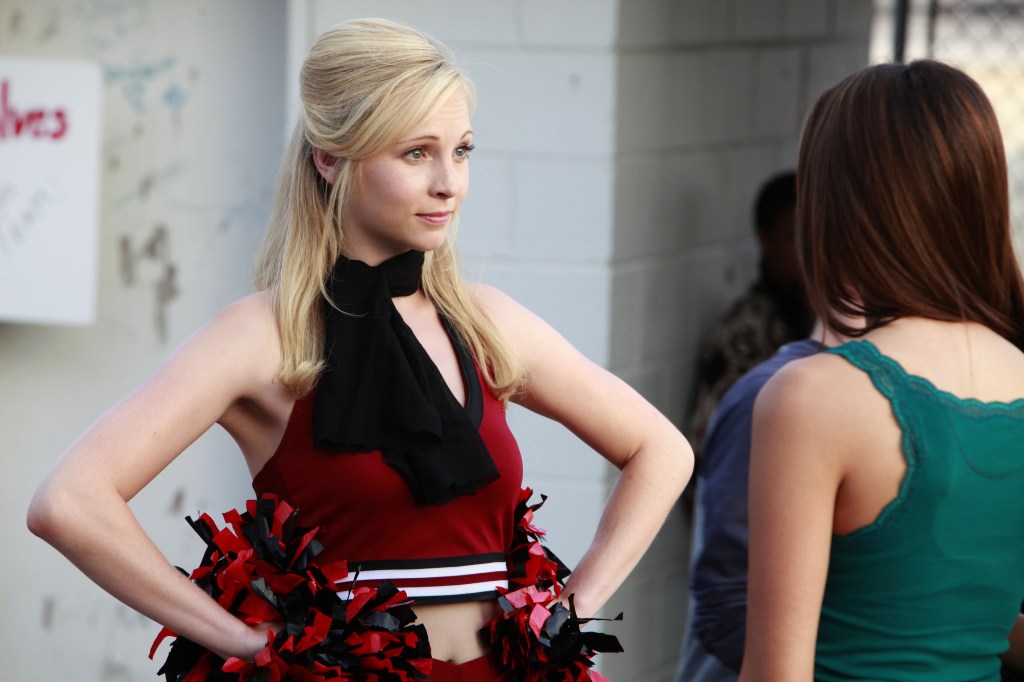 “When we’re feeling really bad, we might watch something or do something like self-care that’s going to make us feel a different emotion,” she says. Sistrunk explains how, for some people, watching TV “engenders a different type of cognitive process,” which allows them to reset and approach problems with a fresh mindset afterward. She relates it to a form of cognitive behavioral therapy called Dialectical behavioral therapy (DBT), which teaches emotional regulation, among other skills. One exercise that teaches this skill is to identify an emotion, and then do something to make you feel the opposite of that emotion. Feeling lonely? Make plans with friends.

Sometimes your brain just needs a break, and there is nothing wrong with taking it.

But, Sistrunk warns, beware of letting this self-care slide into obsessive or addictive behaviors. Think of it like a tub of ice cream. You could eat a cup, you could eat a pint or you could eat a whole gallon. The secret is in finding the balance. 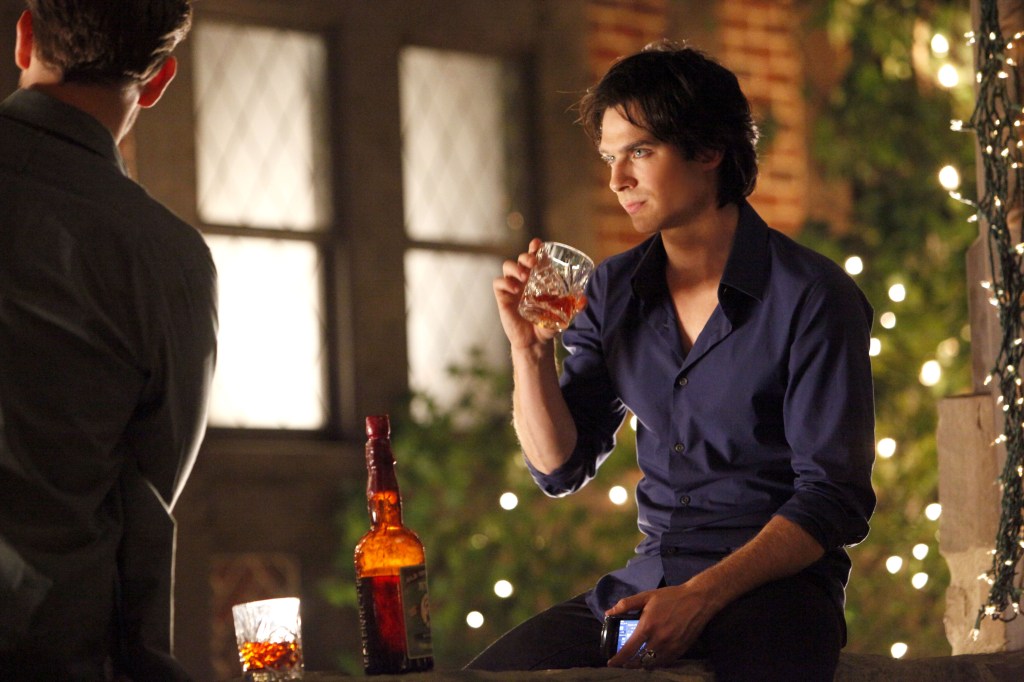 There was a point in my life I was a little embarrassed about my love of The Vampire Diaries, but I’m here to remove the Teen Soap Opera stigma—and all the other judgement around low-brow entertainment. Sometimes, your brain just needs a break. And there is nothing wrong with taking it.