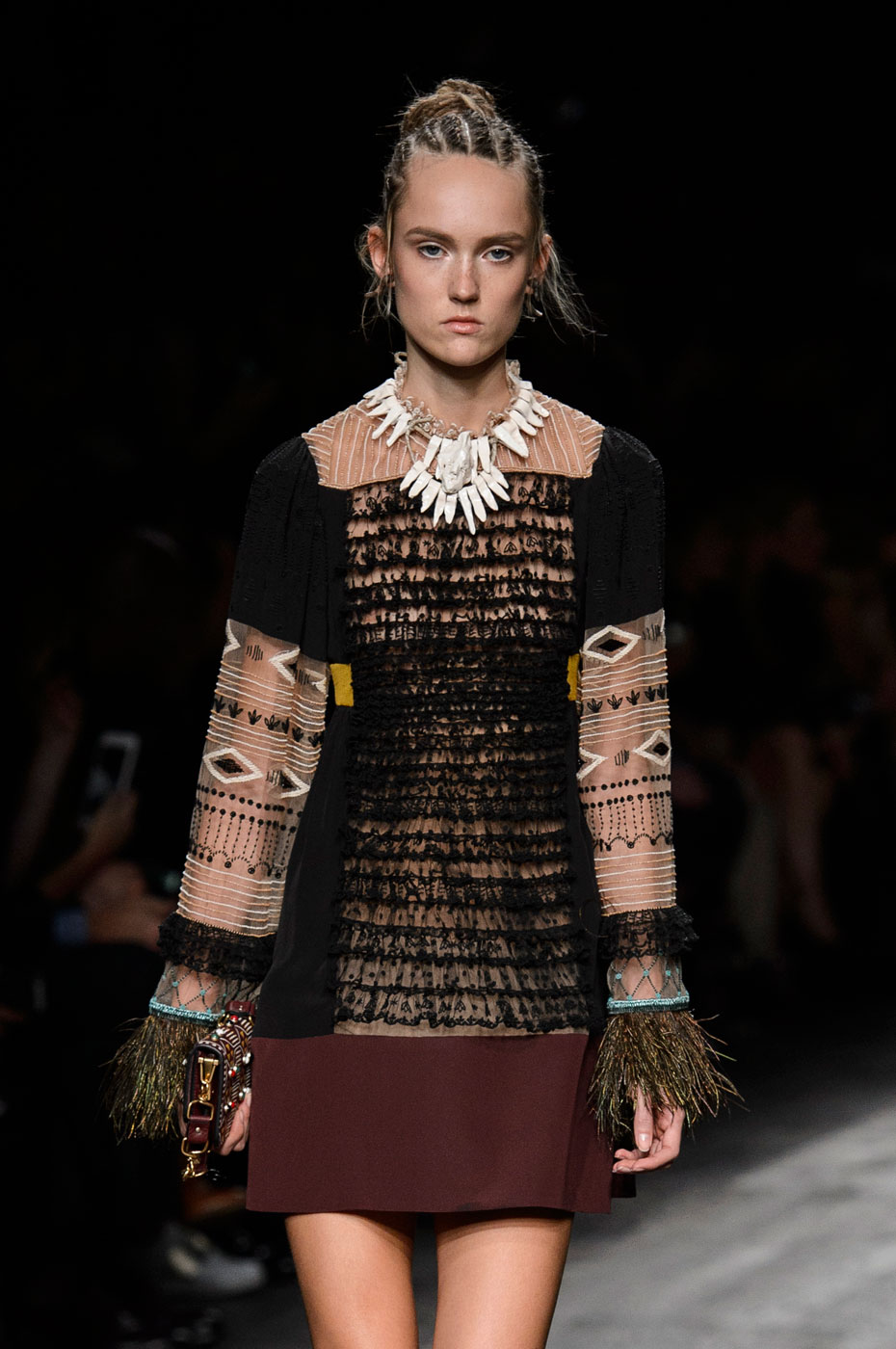 A look from the Valentino spring 2016 show. Photo: Imaxtree

Valentino has landed itself in the center of social media storm today after showcasing its Spring 2016 collection in Paris, which—according to show notes—was inspired by “wild, tribal Africa.”

Needless to say, this didn’t excite some folks, who swiftly took to Twitter to call out the label for careless cultural appropriation, and the sticky fact that only ten of the 91 looks were presented by women of color, and less than 10 black models were cast in the show. The collection itself included pieces printed with tribal and safari patterns, and embellished with feathers, beading, and fringe.

If that’s not enough, the models’ hair was styled in tight cornrows, also a major pain point with critics on Twitter (and the subject of heated recent pop culture debates—ahem Kylie Jenner.)

While most people seem to agree that, yes, the clothes are beautiful, there’s no arguing with the fact that the choice of models and the hairstyling shows a curious lack of judgement by the Italian fashion house.

Here’s a taste of what people are saying about the the runway event on Twitter right now.

Valentino's S/S '16 show was inspired by "tribal Africa", yet only 8 out the of 87 models were black. Somehow don't see that adding up

Returned from my shower to find Valentino putting cornrows and dreadlocks in their white models' hair. #PFW #SS16