Andy Allo was the last person to audition for Upload, Amazon’s new sci-fi comedy about a not-so-distant future where humans can “upload” themselves into a preferred afterlife when they die. Think of it as Black Mirror meets The Good Place.

Allo plays Nora, a customer service employee at Lakeview, one of the most exclusive upload companies that provides clients with premium amenities, such as breakfast buffets and rooms with lakeside views. One of Nora’s clients is Nathan (Robbie Amell), a handsome young entrepreneur who dies in a car crash. As one would expect, Nora and Nathan start to fall for each other, which becomes difficult for their relationship as one lives in the real world, while the other lives in a digital afterlife. “It’s like a long distance relationship,” Allo tells StyleCaster.

But beyond the love story in Upload (and the mystery around Nathan’s death, which, of course, wasn’t an accident), the show also comments on the healthcare system in the United States and how it’s failing certain populations. In the eight-episode series, which was created by The Office showrunner Greg Daniels, there’s a debate over whether uploads should be free and available to everyone or if they should be exclusive to those who can afford it. There are also different levels of uploads. While Lakeview is one of the most luxurious and expensive, there are cheaper options—such as one service where customers are only allowed two gigabytes of data a month before they’re frozen—that families are forced into if they want to keep in contact with their loved ones in the afterlife. 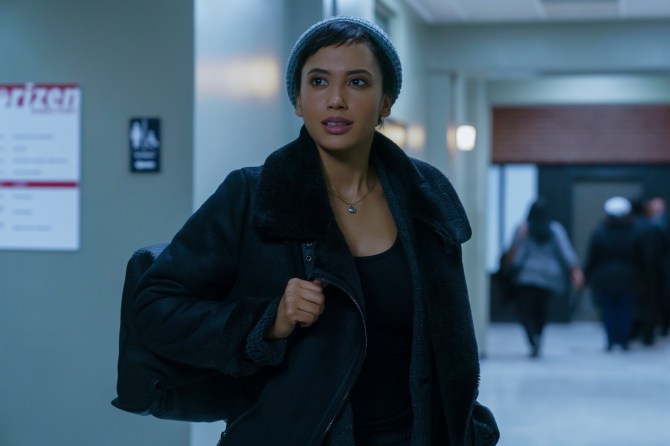 “You can think about what’s going on today, and people are not able to access certain resources, which is completely unfair and isn’t right,” Allo says. “In Upload, people who have the resources can afford the lavish Lakeview apartments. Those who can’t go to the two gigs,where they’re limited to two gigs a month and when you run out, you freeze. The show touches on income and equality and how, even in the future, even with this amazing technology, it’s still a business and people are only concerned about making money.”

Ahead, Allo talked to StyleCaster about her on-set bond with Amell, whether she would upload herself and the possibility of an Upload season 2.

Upload is available to stream on Amazon Video on May 1. 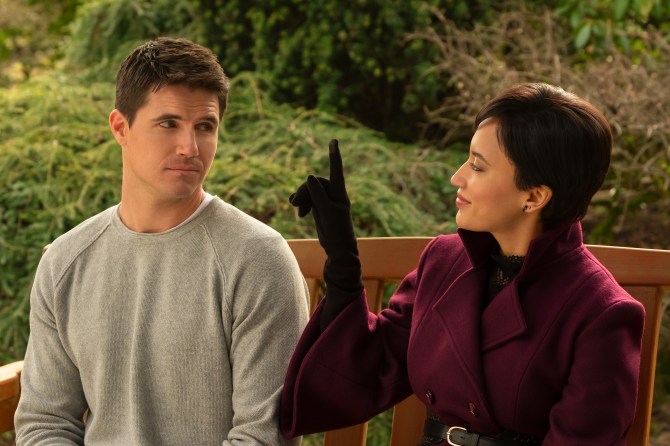 On how she related to Nora

“She’s so relatable. She’s working at this job and just trying to make ends meet. She cares so much about her clients and her dad, who she’s trying to get him to upload, so they can stay connected forever. She’s really the heart of the show, which is really lovely, especially in a world that’s so tech heavy.”

On what drew Nora to Nathan

“I mean, have you seen him? He is hot! Nathan isn’t bad to look at! More seriously, Nora is searching for this connection after seeing her parents’ romance play out in this fairytale way until her mom passed. That’s her idea of what love is. She ends up finding it in the most unlikely place, which is with Nathan, an upload. They end up having these conversations that she doesn’t normally have with people who are in reality. Nathan teaches her how to be present and they learn a lot from each other.”

On her off-screen relationship with Robbie Amell

For Nora, I had to get used to playing scenes with green screens and looking at imaginary phones. I gotta give it to Robbie. He’s such a great partner in crime, because there would be days where he would be done with shooting while I was working and he would run over and run lines, just so I could hear his voice. That set the environment for where we both were there to support each other.” 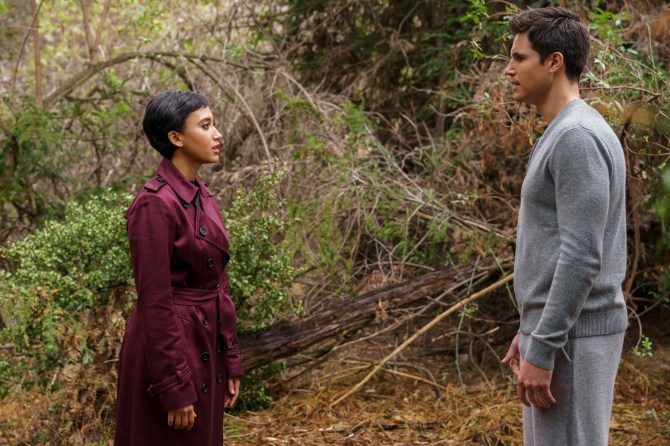 On whether she would upload herself

“I’ve thought about this a lot. I would upload. I’d ideally want to upload toward the later years of my life, where I’ve done as much as I could here. I see upload as a second chance and a continuation of life to be able to do all the things that you weren’t able to do while you were in real life. It’s also a way to stay connected to the people that you love. That’s such a human thing.”

On the possibility of Nathan coming back to life

“The good thing about having someone in upload is you know where they are at all times. I would love to see  if their relationship would thrive with them both being real and alive in the real world.That adds so many other things. It’s like a long distance relationship. That’s such a huge step. It’s like when you finally live together in the same city. Or in the same world.”

On whether Nora would upload herself to be with Nathan

“If her dad was there, then yes. For her, that would be perfect because she gets her dad and she gets Nathan. These are the two men in her life. I don’t know if Nora would upload just for Nathan and leave her dad behind.”

On a possible season 2

“I’ve got my fingers and toes crossed because I would love to keep telling Nora’s story. When I read that final script, I was like, ‘No!’ It leaves you hanging so bad. I feel like it deserves a season 2. I hope we get that chance to keep telling that story.