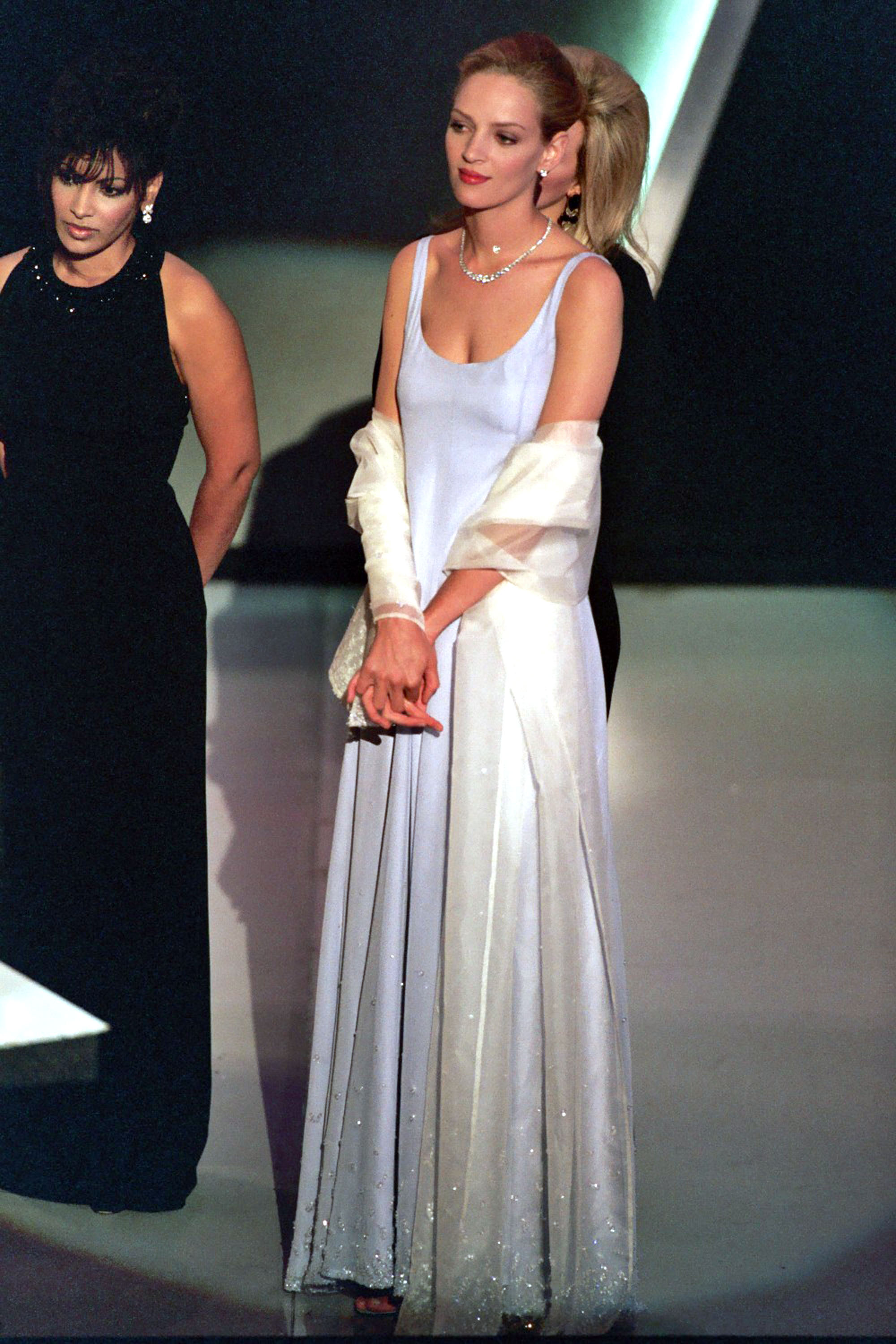 Today, the red carpet at big awards shows like the Golden Globes and the Oscars is arguably more watched than the actual show—with countless pages in magazines and entire blogs dedicated to what celebrities wear.

This wasn’t always the case, and if we have anyone to thank (or admonish) for the hoopla, it’s Uma Thurman. In 1995, then relatively unknown, Thurman showed up to the Oscars styled by Barbara Tfank in a lilac Prada gown, completing her outfit with a chiffon wrap, every bit the picture of 1990s minimalism, but more importantly, high fashion.

MORE: If You’re About To Win an Oscar, It Really Matters What You Wear

Thurman was up for an award that night for her role in Quentin Tarantino’s “Pulp Fiction”, but the next day it wasn’t her nomination that landed her on the front pages—it was her dress. At the time, Prada wasn’t nearly the luxury goods powerhouse that it is today, and the lightening rod combination of Thurman and the label proved beneficial to both: Thurman became known for her stellar fashion sense, while Prada got a huge boost from instant name recognition the world over.

We’ve seen it happen countless times over the last decade where a great dress can turn a relatively new actress into a major A-lister—it happened last year for Lupita Nyong’o when she showed up to the Globes in a red Ralph Lauren cape-like gown, for instance—but at the time this was revolutionary, and fashion brands took notice in a big way.

Pre-Thurman, Oscar dresses veered towards predictable and studio approved—think Audrey Hepburn in a chic sheath dress for her 1954 Oscar win—or over-the-top—like Cher in black sequin Bob Mackie in 1986. Thurman’s Oscar fashion moment changed the expectation for actresses entirely, demanding that female stars not just be chameleons on the screen, but also fashion plates, especially at big events like the Oscars.

MORE: Twitter Just Predicted Everything You Want to Know About the Oscars

Fashion houses were right there to push stars along on this path too, having come to the realization of how beneficial exposure from the red carpet could be. Brands began renting suites at Los Angeles hotels to show off their wares, and hiring VIP dressers to lobby to get their clothes on the carpet.

The concept of the celebrity stylist was born. So were Best and Worst Dressed Lists. The shift helped make Time Inc.’s then fledgling magazine InStyle, which was launched in 1994, a success thanks to its focus on celebrity and red carpet style, hardly a coincidence.

It didn’t take long for the tide to officially shift from celebrities asking if they could borrow a dress for a red carpet appearance, to where we are today, where A-listers can demand upwards of $1 million to wear a designer’s clothes to big award’s show.

So this Sunday, as you sit at home and watch the likes of Emma Stone and Jennifer Lawrence parade around the Oscars red carpet (name dropping brands like Lanvin and Dior), give a nod to Thurman, the original red carpet all-star.