Love triangle. Tyler Cameron’s Hannah Brown and Gigi Hadid drama was a “major mistake,” at least, according to him. As Bachelor Nation members know, Tyler and Hannah met on season 15 of The Bachelorette in 2019.

He came in second place after Hannah gave her final rose to Jed Wyatt, who she broke up with after reports that he had a secret girlfriend while he was on the show. At the “After the Final Rose” special, Hannah asked Tyler on a date. A couple days later, he was photographed leaving her house in Los Angeles after a sleepover. Here’s where the drama comes in: Days after Tyler’s sleepover with Hannah, he was photographed on a date with Gigi Hadid in Brooklyn, New York. The two dated from August to October 2019. Their breakup came a few months before Gigi got back together with her ex-boyfriend, Zayn Malik, who she shares a 10-month-old son name Khai with.

In his new memoir, You Deserve Better: What Life Has Taught Me About Love, Relationships, and Becoming Your Best Self, Tyler revealed that he had a conversation with Hannah about dating other people after The Bachelorette, which wasn’t edited into the “After the Final Rose” special. “At the end of the show, after everything about Jed and his offscreen girlfriend came out, Hannah asked me out again. Now, to be clear, she is the one who reached out to me,” he wrote. “Later on, it was framed like I was the one who pursued her — which maybe was a producer’s edit — and that felt unfair. Of course, I was glad to hear from her, and I was happy to see her again, but I also made it clear that I needed to take some time for myself to figure out was right for me.”

You Deserve Better by Tyler Cameron 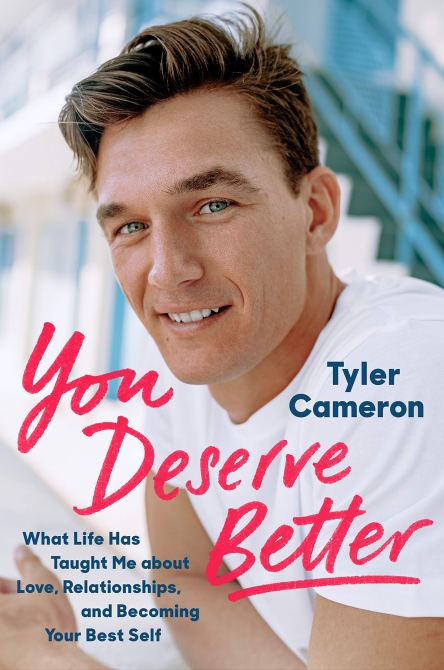 Tyler revealed that he and Hannah “made plans to see each other” but didn’t have sex during his sleepover at her house. “We saw each other in L.A., where yes, I slept at Hannah’s house, but we didn’t sleep together. We weren’t in a relationship at that point, and we definitely weren’t boyfriend and girlfriend,” he wrote. “Two days later, I was seen in New York City, out on a date with a different girl.”

Though Tyler claims that he made his intentions clear with Hannah, he still apologized for how he handled the situation with Gigi. “Now I know, this was a major mistake on my end. Not because I shouldn’t have been dating, because I was very clear with Hannah tall along that after the way the show ended, I needed some time and space to figure things out,” he wrote. “I even called Hannah in the afternoon the same day I arrived in New York and told her again that I thought we both deserved to date other people. But I still put Hannah in a tough, tough position.”

Tyler also noted that he “never went out with anyone to upset Hannah” and “knucklehead brain didn’t realize what a big deal” it was for him to go out with Gigi. He also commended Hannah for how she handled the situation. “She handled it well; she answered everything with class. But that’s one thing I feel very, very sorry for. If I could go back and do it all again, I would handle it differently. My communication should have been better,” he wrote.

You Deserve Better by Tyler Cameron is available on Amazon.