Kylie Jenner might be bummed about her imminent 19th birthday, but Tyga seems pretty excited. At a recent appearance on “Hollywood Today Live,” he was grilled about what he might be getting his girlfriend for her birthday, and though he stayed mum, he couldn’t help drop a few hints—or smile his ass off. Maybe Jenner will be a little less emo about her birthday once the big reveal happens.

Last year, for her 18th b-day, Tyga gifted Jenner a $320,000 white Ferrari convertible, tied with a red bow. But he doesn’t appear to be too worried about disappointing Jenner this year, last year’s extravagance be damned.

On the show, host Ross Matthews asked Tyga, “What are you buying her for the 19th birthday?”

“She might be watching, so I can’t—” Tyga said, with a serious shit-eating grin on his face.

“Is it overwhelming to have to top a Ferrari?” Matthews asked.

“Nah,” Tyga said. “It’s really about, like, what you feel. You know, how do you get somebody that has everything? … It’s the thought that counts.”

“Is it another car?” Matthews asked.

“Is it a diamond?” host Garcelle Beauvais chimed in.

Jenner hasn’t been doing much to dispel the rumors, posting Snapchats of herself, say, holding hands with Tyga as he sat in the passenger seat and she sat in the back while wearing a ring on that finger (caption: “Too far away”) and displaying a very prominent ring on, again, that finger, implying that the ring was a gift from Tyga (casual caption: “Bae spoils”). 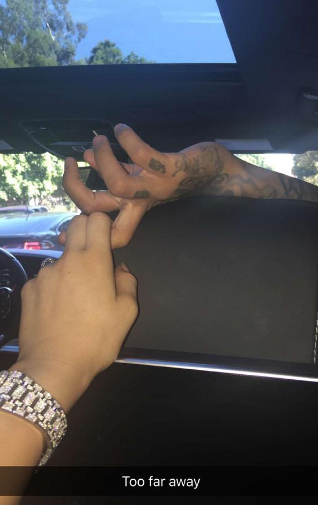 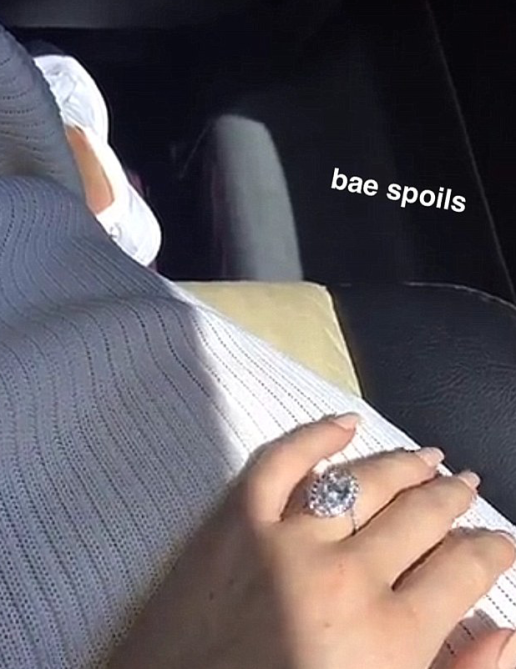 No one can say what Jenner’s present will be for sure (except Tyga), but we won’t have to wait much longer: Her birthday is August 10. Here’s the full video of Tyga acting like the cat that ate the canary on “Hollywood Today Live.”