When Beyoncé hit the Grammys press room in this curve-hugging white floral dress by budding designer Michael Costello, the world at large talked about it for weeks following. There was much discussion about the young designer who crafted the gown, as well as the apparently shocking (read: not shocking at all) fact that Queen Bey, despite all her bootyliciousness, is actually a size 2-4.

We spotted Beyoncé’s longtime stylist Ty Hunter sitting front row at The Blonds runway show at Manhattan’s Milk Studios Wednesday night, and had to ask him to give us the real story of how the dress came to be worn by the world’s biggest current pop star. Here’s the step-by-step story of how Ty, Beyoncé, and Costello made sartorial magic happen only a few short days before the Grammys. 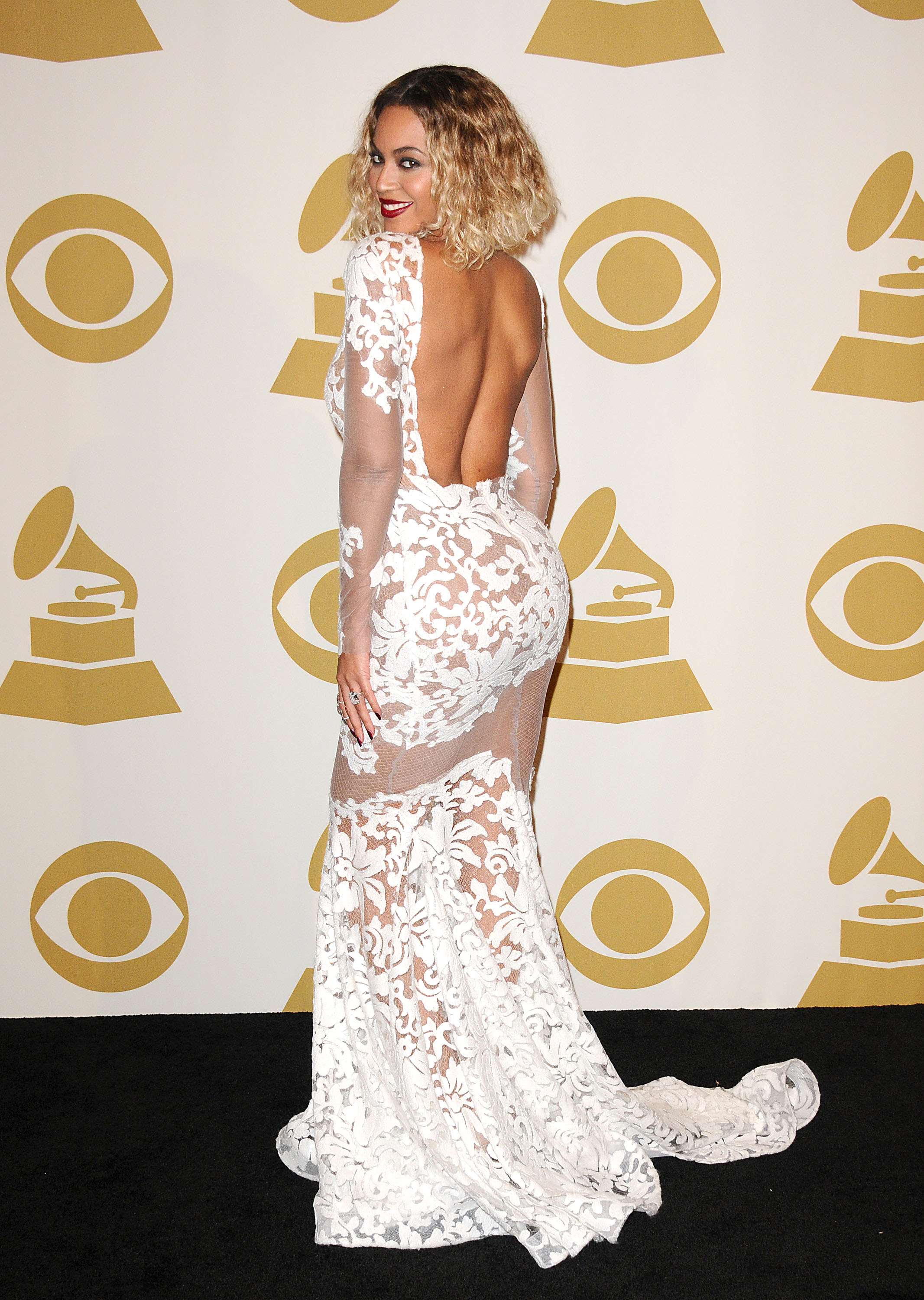 StyleCaster: How did you meet Michael Costello?
Ty Hunter: He actually followed me in Instagram, so [we met through] social media! I started liking some of his things. I went to L.A. a few days [before the Grammys] and went to all these showrooms. I found out he was downtown, and I was in the area so I just called and went.

SC: And how did you find this one dress?
Ty: I went there, and there were a few gowns I really liked in his showroom, but they had already been worn. Everything is beautiful, he’s so talented. He was like I can custom-make something in a day. He went to the fabric room upstairs and he brought down some fabric, and he brought down that dress. It didn’t have the zipper on it yet. He put it on the fit model there, and I was like that’s the one.

SC: So you just took it straight to Beyoncé?
Ty: I didn’t get a fitting until day-of-show. So after rehearsals, she came in and she tried on a few dresses. When she put that one on, everybody was like, that’s the one.

SC: Was it altered at all?
Ty: There were no alterations. It just fit like it was made for her. Like Cinderella! 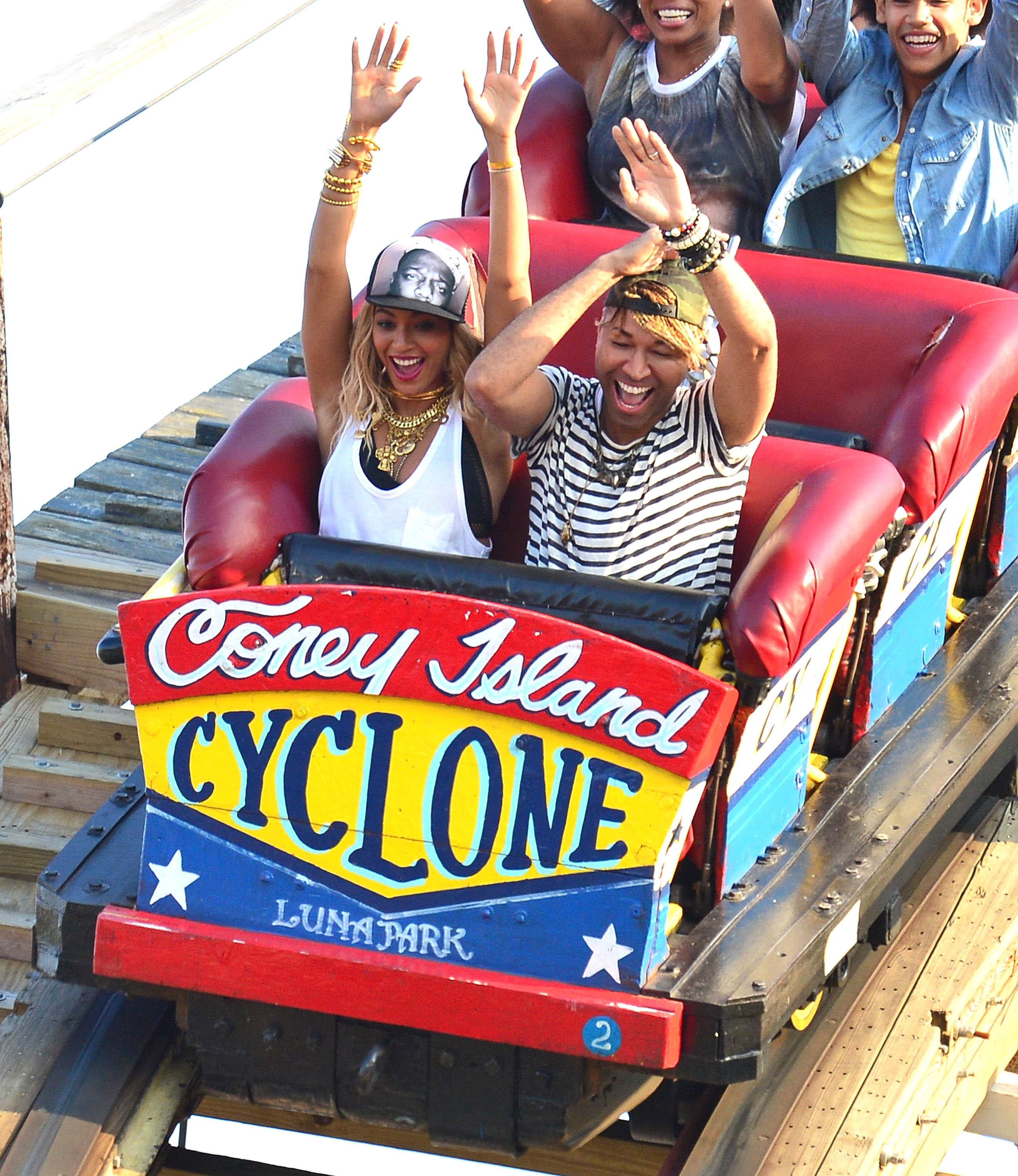 Beyoncé and Ty on the Coney Island Cyclone while filming her music video for “XO.”
Photo: Getty