Notice a new lightening bolt icon when you checked Twitter this morning? It’s a brand-new feature called Moments that lets users explore a mix of the best and most relevant stories from various accounts in real time. Unlike, say, trending topics, the content you’ll find in Moments is organized by a team of editors, so it removes the stress of who to follow to get the updates you want. 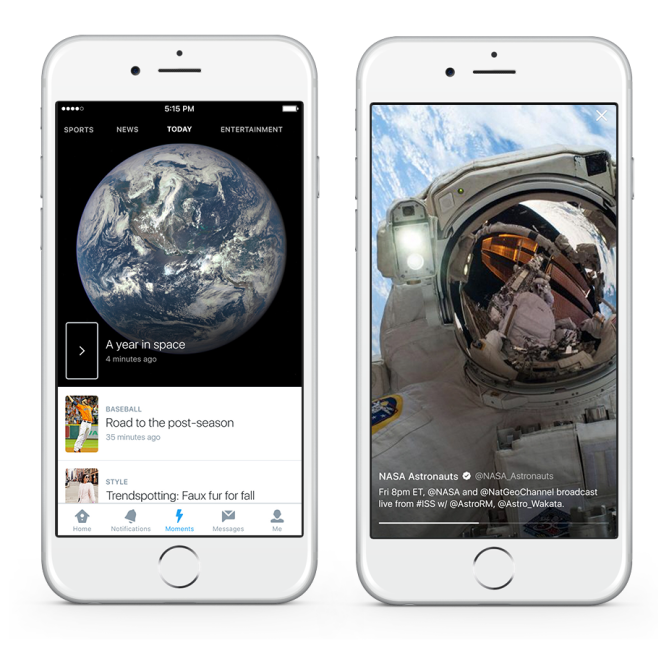 To Twitter pros, it might sound pretty elementary—after all, if you follow enough folks, you’ll probably see the big stories—but according to Tech Crunch, Moments was created to tackle the pesky problem of people simply not understanding Twitter, which has reportedly stalled user growth (for context, Facebook has 1.5 billion users, and Instagram 400 million and growing.) Moments takes people out of their timelines and into a new tab that organizes important tweets.

If you exclusively check Twitter via mobile, you’ll need to update the app, but if you’re desktop user, you’ll notice the site’s already been updated. Once you click on the lightening bolt, you’ll see a list of stories that are updated 24/7. You can also swipe left or right to toggle between different verticals including news, sports, entertainment, fun, and more.

There’s also a way for users to engage or follow a Moment. Once you click into a story you can play, pause, fast forward, rewind or simply skip GIFs and videos. Once the Moment is over you have the option to Tweet or Retweet the story to your followers. For award shows or sporting events, the feature might come in particularly handy, if you’re eager to get crucial minute-by-minute updates, which will then conveniently appear directly in your timeline for easier access.