David Lynch’s “Twin Peaks” is more than twenty years old, but it’s still one of the most influential and brazenly bizarre shows that’s ever appeared on primetime TV. Set in a small rainy Pacific Northwest town, the series was—at face value—about a murder (“who killed Laura Palmer” was a catchphrase you couldn’t escape in the early 1990s), but the murder served as an excuse to create a show about the secrets that lie beneath small-town living, and the odd characters that inhabit it. 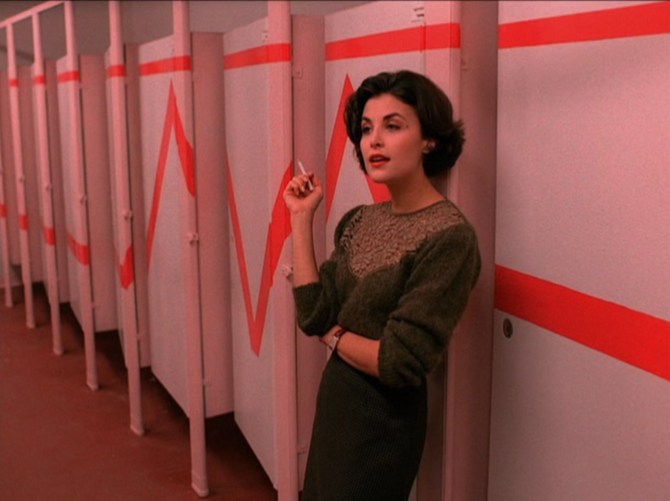 We’ve been wondering why there hasn’t been more “Twin Peaks” references in fashion, so we’re obviously excited about this new small line from Suckers Apparel, inspired by the show’s females—even if it’s not the high-fashion collection we’d been hoping for. The seven piece “Twin Peaks” range includes three dresses, a capelet (directly inspired by the pattern on a bathroom door in Twin Peaks’ high school, which is awesome), and three pairs of conceptual printed leggings. We’re particularly partial to the  wood-print “Log Lady Leggings.” One of the oddest characters on the show, the Log Lady (below) carried her log everywhere and would claim it was sending her messages (see—we told you the show was bizarre.) 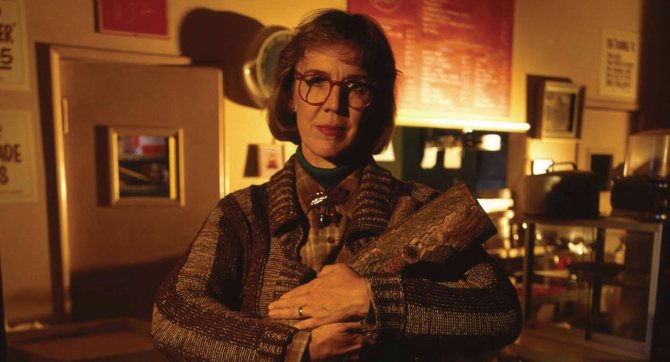 While we sort of wish the collection took more direct inspiration from the show’s fashions themselves, we’re happy to see anybody using “Twin Peaks” as an aesthetic reference — it happens to be an absolute favorite around the StyleCaster offices. And we’re surprised that other designers haven’t mined its mix of early ’90s grunge influences and ’50s kitsch more.  It seems like something that designers like Marc Jacobs would go crazy for.

For those of you who missed it the first time around, the entire series is available on Netflix streaming, and watch the iconic opening credits below!