Coachella has been postponed. Movies have been delayed. And yes, even TV shows have been affected by coronavirus. Since COVID-19 was first discovered in Wuhan, China in December 2019, the virus has spread across the world, even to Hollywood, where productions are shutting down indefinitely until coronavirus is under control.

To keep track of which TV shows have halted production to lesser the risk of COVID-19, we’ve rounded them up ahead. As disappointed as we are to learn that there’s a chance the next season of The Bachelorette won’t happen, we’re happy to know that the crew and cast are safe. Love can wait until coronavirus passes. So as we social distance ourselves from the outside world and binge-watch our favorite shows to keep ourselves from going stir-crazy, keep these series in mind that have been affected by coronavirus. 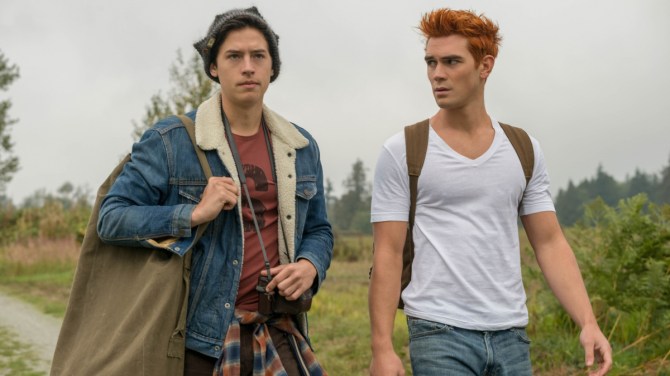 The CW’s Riverdale announced in March that it had suspended production on season 4 after a crew member came in contact with someone who tested positive for coronavirus. “We have been made aware that a team member from Riverdale, which is produced in Vancouver, was recently in contact with a person who has tested positive for COVID-19,” a representative for Warner Bros. said in a statement. “The team member is currently receiving medical evaluation.”

The statement continued, “We are working closely with the appropriate authorities and health agencies in Vancouver to identify and contact all individuals who may have come into direct contact with our team member. The health and safety of our employees, casts and crews is always our top priority. We have and will continue to take precautions to protect everyone who works on our productions around the world. Out of an abundance of caution, production on Riverdale is currently suspended.”

ABC’s Grey’s Anatomy executive producers Krista Vernoff, Debbie Allen and James Allen announced in a note to the cast to crew that the show had decided to halt production its 16th season because of the coronavirus outbreak. The decision, which went into effect after the show filmed episode 21 of its 25-episode season, came after Los Angeles Mayor Eric Garcetti ordered to limit public gatherings to 50 people.

“This decision was made to ensure the health and safety of the whole cast and crew and the safety of our loved ones outside of work, and it was made in accordance with Mayor Garcetti’s suggestion that we not gather in groups of more than 50,” Grey’s Anatomy‘s producers wrote in a statement.

The statement continued, “Stay safe, stay healthy, stay hydrated, stay home as much as possible, and wash your hands frequently. Please take care of yourselves and each other. As updates come in, we will keep you informed.” 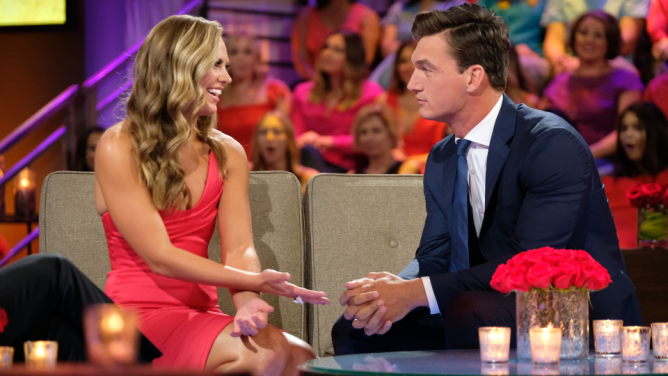 The Bachelorette host Chris Harrison revealed in an interview with Entertainment Tonight that the series will limit the locations of its upcoming season to the United States. “We’ve had to already knock this down to North America. We’re not going to be doing the elaborate all-around-the-world tour, because you just can’t right now,” he said “So, we’re going to stay obviously around the United States, and closer to home when we go on set. There are massive amounts of handwashing stations. We are having a part of a trailer where we will have a doctor. You can be checked out. So, there’s a ton of precautions being taken.”

Harrison also confirmed that The Bachelorette season 16, which will star Clare Crawley, will also not travel to any big cities to reduce the risk of coronavirus spreading. “Once you’re there, you’re really not leaving. We’re taking other precautions about how we’re going to fly this season, where we’re going to,” he said. “There’s certain cities we’re traveling to. We’re staying away from the bigger cities, bigger metropolises where there is a bigger concentration of people.”

Reality Steve, a Bachelor spoilers site, also reported that The Bachelorette started filming in mid-March, but the state of the season is unclear given how fast coronavirus has spread. “The “Bachelorette” is set to begin filming tonight, he tweeted. “As some1 who covers the show & whose income basically rests on this show being on air, w/ the current state we’re in as a country and as much as it would affect my business, I don’t see how this show can start filming tonight.”

He wrote in a second tweet, “So everyone on that set has been tested for the coronavirus and everyones tests have come back negative? Even IF that’s the case, it would still be a giant risk. Basically everything is shutting down. Something tells me this season is gonna get postponed, or worse, canceled.” 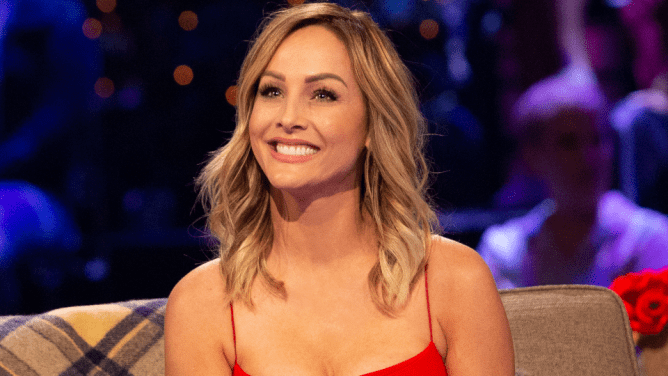 Bachelor: Summer Games, a spinoff of The Bachelor, was set for this summer to coincide with the Summer 2020 Olympics. Like its counterpart, Bachelor: Winter Games, which premiered in 2018 with the 2018 Winter Olympics, Summer Games planned to include both American and international Bachelor contestants. However, given the risk, Harrison revealed in the same Entertainment Tonight interview that the spinoff may not make it on air.

“As far as Summer Games go, yes, that was on the docket. It was going to be counterprogramming to the actual Olympics, but first of all, I don’t even know if the Olympics are going to happen this summer, much less our version of the Summer Games,” he said.

He continued, “Nothing official has been announced. But, a key component of that is getting foreigners in our country.” “All these people coming in, that’s going to be much harder, and I’m not sure we’re going to be able to do it. So, nothing official, but it’s probably highly unlikely at this point that we could pull this off.” 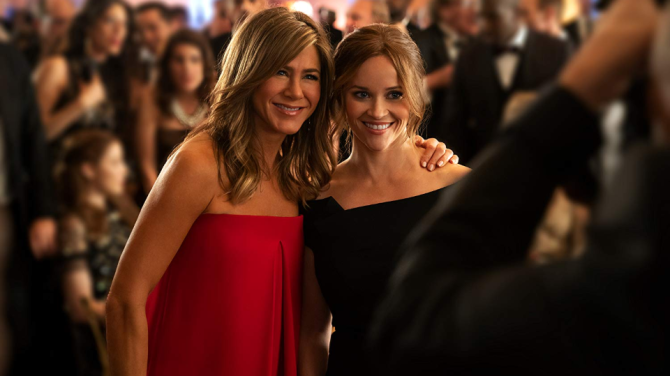 AppleTV+’s The Morning Show also announced that it will take a two-week hiatus from production of its second season because of coronavirus. The show’s production studio, Media Res, and Apple explained that the decision was a proactive measure and not a result of a crew or cast member who had tested positive.

“In concert with our dedicated partners at Apple, we have concluded it would be prudent to take a two-week hiatus to assess the situation and ensure the safety of the incredible people who make this show,.” said Michael Ellenberg, Founder and CEO of Media Res, in a statement. 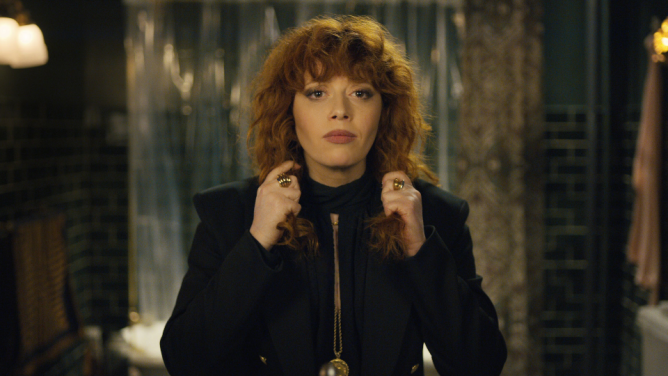 Deadline reported in mid March that Netflix’s Russian Doll had postponed production on its second season because of coronavirus. Deadline wrote that the series hadn’t started production yet and didn’t have a firm air date, which allowed the show to easily change its schedule. 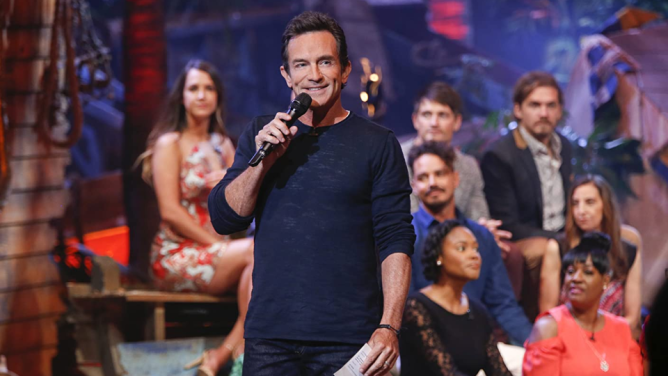 Season 41 of CBS’ Survivor will also be delayed because of coronavirus. The Hollywood Reporter wrote that the series planned to film its next season in the Mamanuca Islands in Fiji in March but were forced to push production two months until May because of COVID-19.

“Due to the growing short-term uncertainty surrounding the global spread of COVID-19 and the corresponding desire for the continued well-being of our amazing crew, we have decided to push back our start date for Survivor season 41,” host and executive producer Jeff Probst wrote in a letter to crew members that was obtained by Entertainment Weekly. “Though Fiji has no reported cases and is beautifully remote, our crew numbers over 400 and are flying in from over 20 different countries, creating a need for more time to fully analyze and create our new production safety plan. This situation is unprecedented and we are learning more information every day. It is out of concern for the well-being of all of you that we have taken this step.” 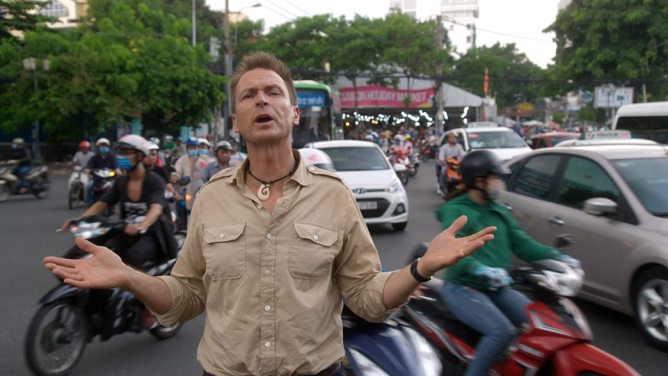 CBS suspended production on The Amazing Race in February over coronavirus concerns. Variety reported that the network decided to temporarily shut down the show’s 33rd season because of the worldwide COVID-19 outbreak.

“Due to increased concerns and uncertainty regarding the coronavirus around the world, CBS and the producers of The Amazing Race have taken the precautionary measure of temporarily suspending production on the 33rd season of the series,” a CBS spokesperson told Variety.

“All contestants and production staff are in the process of returning home,” the statement continued. “At this time, no Racers or anyone on the production team traveling with them have contracted the virus, or shown symptoms, and we are not aware of anyone being exposed to it. Out of an abundance of caution, everyone involved in the show will continue to be monitored when they return home. The health and well-being of the Racers and the production team are our top priorities.”

Ahead is a full list of other shows that have announced their hiatus because of coronavirus.

The Flash (The CW)

The Price Is Right (CBS)

Queen of the South (USA)

The Falcon and the Winter Soldier (Disney+)

For All Mankind (Apple TV+)

The Wheel of Time (Amazon)