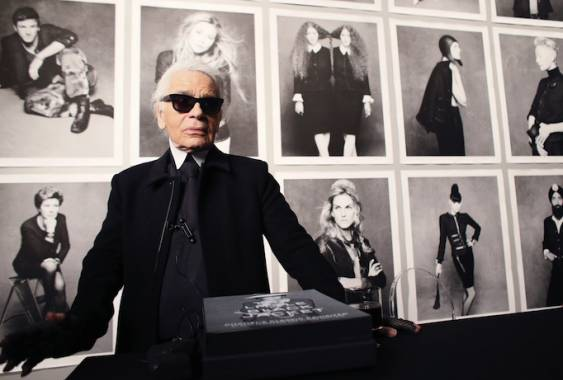 You guys might want to sit down for this one: Chanel—yes, that Chanel—will be showing its next Metiers d’Art collection in … Dallas, Texas.

Indeed, it’s quite a departure from last season’s stately and historic Scottish Linlithgow Palace, but Karl Lagerfeld explained his choice to WWD editor Bridget Foley during the recent CEO Summit, saying: “There has to be some magical surrounding. That’s why I went to Scotland to this castle where Mary Stuart was born, and it was quite a magical moment.” It was also quite a literal moment, as the collection displayed models in heavy tweeds, tartan and and traditional Scottish garb, echoing the country’s historic style.

Apparently, Karl’s looking for something completely new, telling Foley: “To do the opposite, next time, in a year, I will go to Dallas.”

Why, you ask, would the elitist French fashion house choose to put a flag in what might the absolute pinnacle of real America?  Read on.

“First of all, I love Texas. I love Texans. There’s another reason. When Chanel reopened, the French press was beyond nasty. The only press that understood it immediately was the American press, and Neiman Marcus gave her [Coco Chanel] the Oscar for her collection, so I think it’s a nice thing to go there.”

While Lagerfeld’s reasoning is fair enough, we’d remiss not to at least question the idea if the choice has to do with the enormous amount of oil money (and Chanel customers) located in Texas. Of course, we can only imagine the sort looks that will be sent down the runway (we’re hoping the show will be set at the historic Alamo). What direction do you think Lagerfeld will take? Classic cowboy? Modern miner? Perhaps a pioneer or two? We definitely can’t wait for this one.