Travis Scott has postponed his Astroworld Wish You Were Here Tour 2. The rapper said the show on Thursday, February 28, in Buffalo, NY was cancelled because of illness. However, TMZ reports that Travis Scott cheated on Kylie Jenner, and THAT’S why the tour was put on hold.

Uh-oh! It seems the 26-year-old flew home to be with Jenner and their daughter, Stormi, on Wednesday, but it “sparked a fight” and he wasn’t able to make it to New York for his show. Apparently, Jennifer accused Scott of cheating, and he’s “staying in Los Angeles to deal with it.” Scott’s reps have said the rapper completely denies the cheating allegations that are now swirling. But according to what TMZ was told, Jenner claimed to have “evidence” that he cheated on her.

Jenner was spotted out with friends last night— without Scott. She went to an L.A. restaurant and then to Delilah lounge in West Hollywood. But Scott is reportedly still in L.A. In a statement to Entertainment Tonight, Scott denied the cheating claims. “Travis Scott vehemently denies he cheated on Kylie. It is not true. He did not cheat,” his rep says. “He cancelled one show tonight because he is under the weather,” a representative for the rapper said.

It’s been a rough week for the Kardashian-Jenner family. Jenner’s best friend Jordyn Woods moved out of her house just a few days ago after she reportedly hooked up with Khloé Kardashian’s baby daddy, Tristan Thompson. Losing your best friend and boyfriend in a matter of weeks? We’re guessing that’s not exactly what Jenner had planned. It sounds like a very rough month.

Particularly rough considering rumors of an engagement between the young couple (Travis and Kylie) had just been circling a few short weeks before. Fans we’re convinced Scott was going to propose to Jenner during his halftime show performance at the Super Bowl on February 3, 2019. Jenner even confused fans further with a shot that showed her wearing what looked like it could be an engagement ring. Which, of course, had fans thinking Scott had, in fact, proposed. 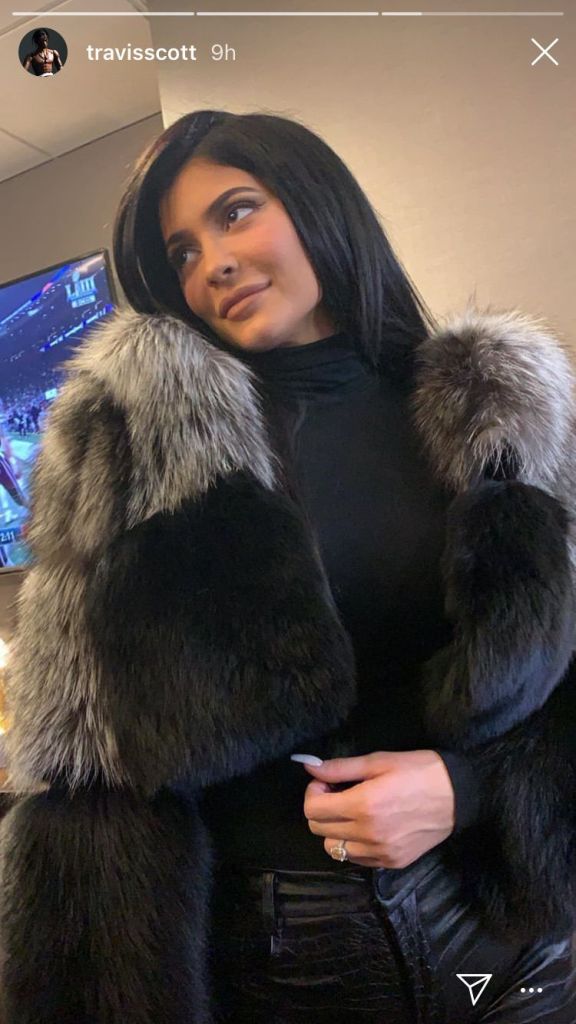 But once again, we were left without any answer as to whether it was Mr. and Mrs. Travis Scott.

Now it seems, that might never be the case. However, according to Jenner’s Instagram story, her life seems to be progressing on as usual. She’s showing her fans a new product from Kylie Cosmetics. Either he didn’t cheat and really was just sick or she’s pushing through to keep up appearances.

Or this is all part of the conspiracy that none of these cheating scandals are real and it’s all a publicity stunt…who knows?

Either way, we’re sending the Jenners and Kardashians good vibes.