Finding hope. Travis Barker was hospitalized at Cedar-Sinai Medical Center on June 28, 2022. The Blink-182 drummer’s daughter, Alabama, 16, asked for prayers from her fans for her dad on her Instagram and TikTok.

Travis was taken to Cedar-Sinai Medical Center in Los Angeles by ambulance after he and his wife, Kourtney Kardashian, sought care at West Hills Hospital on the morning of June 28, 2022. The reason for his hospitalization is unknown. TMZ broke the news as they photographed the Poosh founder standing next to her husband on a stretcher. Travis’ daughter Alabama posted a TikTok of her holding her father’s hand in the stretcher with a caption saying “Please say a prayer.” The TikTok was deleted shortly afterwards. She also posted an Instagram story with text saying similar sentiments, “Please send your prayers 🥺.” 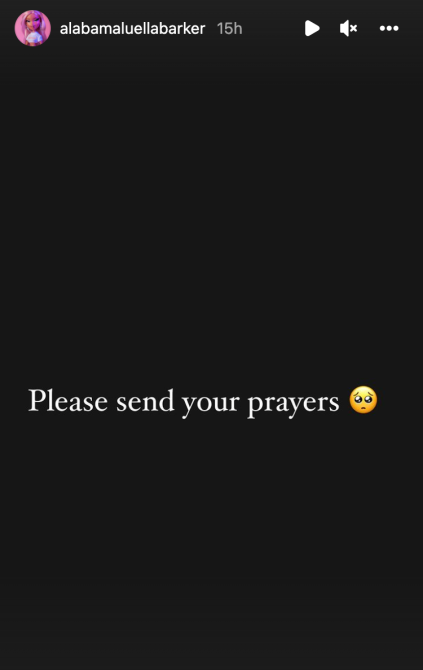 Travis’ hospitalization comes weeks after his third wedding to Kourtney in Portofino, Italy. They had their first wedding in Las Vegas on April 3, 2022, after Travis performed at the 64th Annual Grammy Awards ceremony. The couple did not have a wedding license but instead had an unofficial wedding with an Elvis impersonator. They later got officially married in a courthouse in Santa Barbara, CA on May 15, 2022, before their dream wedding in Portofino, Italy on May 22, 2022. All of Kourtney and Travis’ family and kids attended the wedding abroad.