During our tween and teen years, there was one television show that understood our mood and our tude. Now, Tracee Ellis Ross is set to star in Jodie, a Daria spin-off and we are beside ourselves with glee. In 2018, MTV announced that they would be bringing Daria back to the small screen. It’s been over 20 years since we first luxuriated in her dry humor and unbothered tone. Now, the network has announced that Daria’s bestie, Jodie will also be coming back in a major way–in her own TV show.

MTV has asked black-ish actress Tracee Ellis Ross to step in to executive produce and star in Jodie as the titular character, Jodie Landon. Even back in the day, Jodie was a boss who didn’t take ish from anyone. While Daria was disgusted by everyone–Jodie was trying to navigate her way through Lawndale High as one of the only Black students on campus. (Whew the horror.) The most legendary thing about Jodie is that she refused to be anyone’s token. Well before “diversity” and “inclusivity” were buzz words, she spoke out.

In this new series staring Ross–Jodie is a post-grad trying to navigate the very trying corporate world. According to the official series synopsis, Jodie will be “workplace comedy full of commentary about everything from gentrification to sex to tech to call-out culture.” Essentially, it’s giving us Insecure vibes via animation, and we live. According to Ross, the series will touch on millennials struggles in and out of the workplace along with social media, privilege, and gender and racial issues. She explained.

Being able to give voice to fresh, feminist and unexplored stories of young women excites me. Jodie will spin-off from the cult classic Daria, and with the brilliant, sweet and sarcastic black girl magic that is Jodie Landon, we will feature a diverse cast, comprised mainly of unapologetically smart and ambitious young female characters who are vulnerable and flawed and interesting and funny. 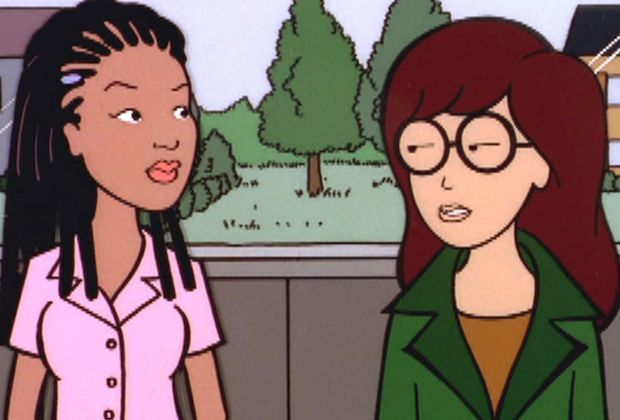 The series will be the first adult animated show to center around a Black woman in nearly 20 years. (“Aint that bout a bitch?” Beyoncé voice.)

To prepare yourself, slide over to Hulu to catch up on the original Daria before Jodie debuts.