It’s the end of an era. Toy Story 4 is the final chapter in the beloved franchise that began way back in 1995. The movie brings Woody, Buzz Lightyear and the gang back for one last adventure, but Toy Story 4’s ending meaning will bring you to your knees. Before we get into life lessons and super sad goodbyes, let’s dive into the plot. The film opens in 2010. During a moment of chaos, Bo Peep (Annie Potts) is taken away from the rest of the toys. Flashing forward to today, Woody (Tom Hanks), Buzz Lightyear (Tim Allen) and the gang are no longer Andy’s toys; now they are in Bonnie’s (Madeleine McGraw) possession. Unfortunately, the toys are in the same cycle as they were before with Andy. Bonnie has seemingly forgotten about them (especially Woody)–leaving him in the back of her closet.

Deciding to step out on fate–Woody hides away in Bonnie’s backpack and joins her on her first day of Kindergarten where he inadvertently helps her craft Forky–a terrorized spork (Tony Hale) that unwittingly becomes her favorite new toy. Despite every effort to weasel away from Bonnie and throw himself the trash, the little girl clings to Forky until he makes a grand escape that sends Woody off on quite the journey after him. So what does all of this mean?

Essentially, things have gotten out of Woody’s control. Though he’s always seen himself as the leader of the toys (and in this film he really stands at the center)– he no longer serves the same purpose that he once did. Before he and Forky embark on their adventure together, Woody’s new role seems to be to agitate and nitpick at the other toys. Since Bonnie is no longer playing with him, it’s the only way he knows how to feel a connection. 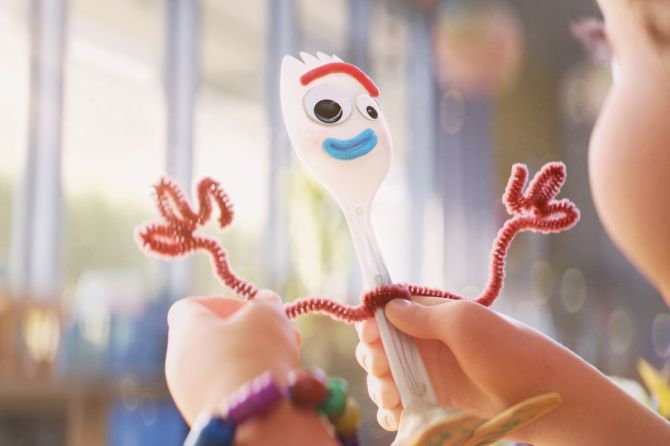 When Forky comes into the fold, Woody finds a new purpose–making sure the spork-turned-toy doesn’t dump himself in the trash so that Bonnie remains happy. However, once Woody sets off after Forky, he discovers an old friend, Bo Peep, who has found a new lust for life as something other than an object for one child to love. In the end, Woody sacrifices his own happiness (or comfort) to leave behind Buzz and his crew and head off with Bo Peep to help other toys who have lost their purpose. Toy Story 4  is heartbreakingly real. It shows that life is full of adventures and ups and downs, and despite how much we may want it to–nothing last forever.

In the end, we must all choose the paths that are best for us, but with those choices, there will be sacrifices. The final movie in the beloved Toy Story franchise highlights that we all have a purpose in life, even if it seems fuzzy or muddled, we only need to set our mind on it before digging our heels in and doing the work to make the world a better place.

BRB sobbing to infinity and beyond!