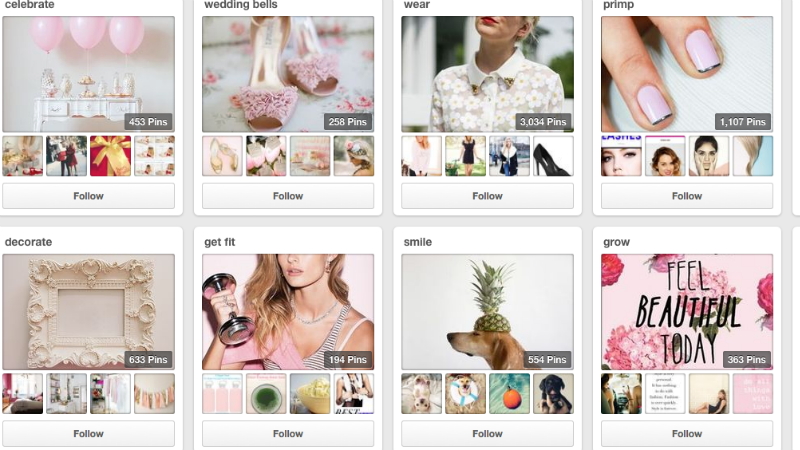 We’ve been told ad nauseum how top bloggers and YouTube stars are making bank thanks to their massive levels of influence in the social media space, but we were pretty surprised to learn that Pinterest is also churning out influencers who are getting very, very rich, and even have agents (kind of like Hollywood stars) who are helping them rake in the big bucks.

It might be hard to believe that anyone’s able to pull in large sums of money by just pinning pretty things, but believe, it’s really happening. “I totally understand the skepticism,” Kyla Brennan, the founder of HelloSociety, one of the top agencies for superstar pinners, told Re/Code. (Yes, Pintrest agencies now exist.) “People hear Pinterest star and they’re like, what? But after three years of doing this, seeing clients making hundreds of thousands of dollars and quit their jobs and pin full-time, it’s real.”

So what exactly makes a Pinterest star? Brennan explained that it’s actually quite hard to become one, and furthermore, there aren’t that many. She also noted that most the top pinners were just the lucky few who had early accounts, who were then suggested to new users.

Those who are at the top, though, are able to monetize their influence with brand endorsements. An example: A brand like Kraft will pay a top pinner to craft and take photos using their products, and then to pin the photos. The average pinner in the HelloSociety roster has about 1.8 million followers and top pinners make about $250,000 a year.

For those thinking of quitting their day job and pinning all day, be warned. “It’s much harder to get a huge audience in Pinterest—it’s just much rarer than something like YouTube, where you make one viral video and there you are,” Brennan said. “You’re not going to get one viral pin and get a bunch of followers.”