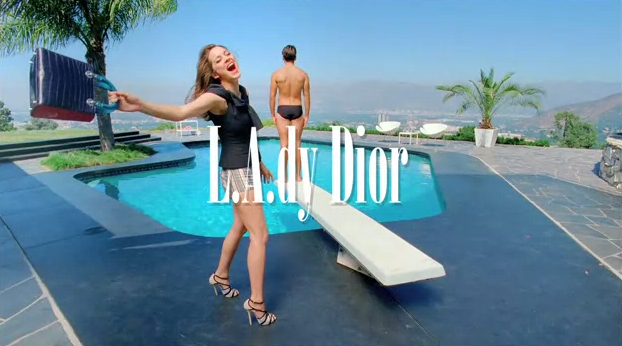 As we prepare to welcome 2013, we realized that 2012—while being many things—was absolutely the year of the fashion film. Retailers, designers, and even a blogger or two jumped on the short-film bandwagon, inviting us into their world for quick doses of moody drama, spectacular eye candy, and even a laugh or two, all of which aimed to shape our perception of the brands’ direction for the season. Here, we share with you our favorite fashion films of 2012.

1. Louis Vuitton, “L’Invitation au Voyage:” The first fashion film from the French fashion house made a splash this year … and for good reason. Trailing model Arizona Muse through Paris landmarks like the Louvre, she’s transformed into a Hitchcock-esque heroine. Both foreboding and enticing, Muse escapes harm’s way in true style—in a hot air balloon.

2. “Sh*T Fashion Girls Say at New York Fashion Week:” Just when we thought the fashion industry might be taking itself a little too seriously, overnight YouTube sensation, P’Trique came to the rescue. With a little help from Derek Blasberg, P’Trique (lovingly) mocks phrases heard inside and out of Lincoln Center during fashion week, and boy, did he nail it.

3. Mulberry, “Skirt:” Scoring “Best Fashion Film” at the Vimeo Awards, director Amanda Boyle creates a captivating plot line in the span of about five minutes. Though Mulberry items were surprisingly absent from the video, humor was not. We giggled our way through as a prankster war sparks.

4. Topshop, “Winter Wonderland:” Nothing gets us in the holiday spirit more than a seasonal song or two, especially when it comes from the lips of mega-babe Kate Bosworth. That’s what Topshop did with its recent ad campaign featuring the starlet who serenades an audience in a breathtaking theater, wearing what we feel is the ultimate holiday dress.

5. Proenza Schouler, “Desert Tide:” Welcome to the future! Embarking on a techno desert dance party, avatars break it down in cyberspace while wearing designs from Proenza Schouler’s Fall 2012 collection. It’s kind of like  TLC’s “Waterfalls,” Sims-style … in the best way possible.

6. Miu Miu, “It’s Getting Late:” The most recent installment in the lines’ “Women’s Tales” series, mysterious ladies all prepare for a Zola Jesus concert (clad of course in Miu Miu’s Fall 2012 collection). Surreal and ominous, the dark undertones of the short totally got us in the mood for fall.

7. Christian Dior, “L.A.dy Dior:” We get a glimpse of what working in Hollywood might really be like thanks to this fashion flick. Face of the line, Marion Cotillard, stars in the satire, undergoing torture from her glam team and experiences a mild meltdown, all in the name of Dior.