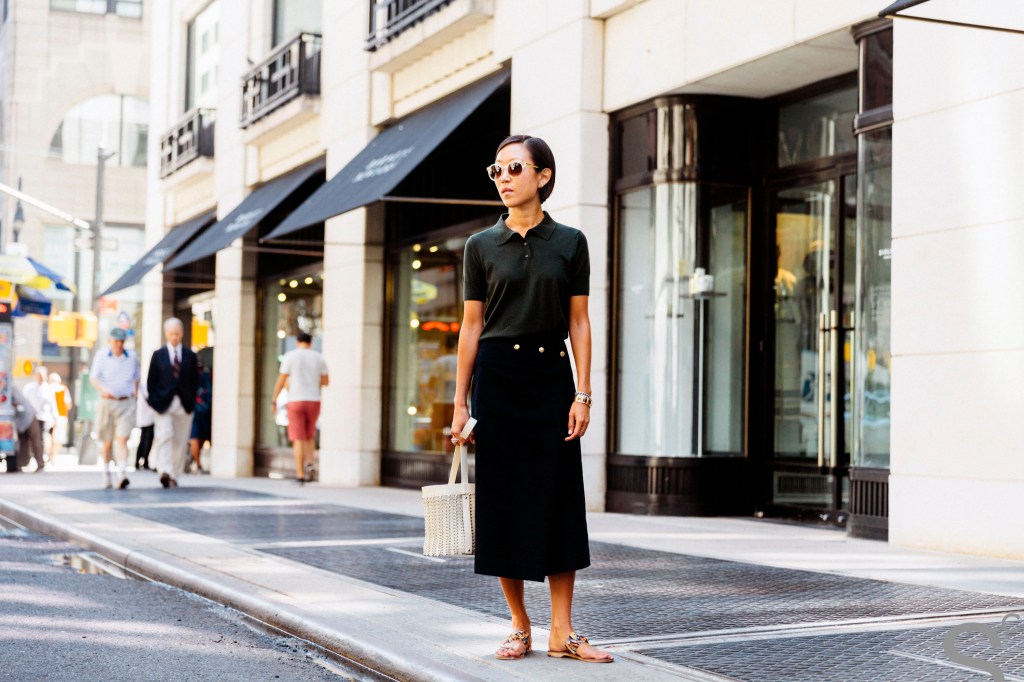 It’s an exciting time for Tomoko Ogura—the Barneys vet has spent the past few weeks deep in the trenches of fashion month, making her edits for the new Barneys store opening in downtown New York City this February. Ogura has been with the luxury retailer for over ten years, starting as an assistant and rising through the ranks to become the senior fashion director—and she’s only 33 years old.

In the process, Ogura’s become a bona fide fashion star herself, known for her understated, luxurious sense of style. We asked the expert shopper to tell us more.

How would you describe your style?
Boyish with a touch of polish.

What is your approach to dressing?
I like to believe my approach to style is thoughtful, both in terms of prioritizing function and comfort, and also in terms of assembling the pieces I love, both new and old.

Who and what inspires your style?
Often it’s the designers themselves and the individual pieces that catch my eye. I like to support the designers I admire and wear the things I love, which often follows the path to newness and excitement.

How would you define New York City style?
New York style thrives on a spirit of individualism. The city has always been an eclectic mix of culture, and the style here mirrors this dynamic attitude of fearlessness and acceptance that makes it an inspiring place for fashion.

What are some of your favorite stores and restaurants in the city?
I’ve been working at Barneys for over a decade, so it’s naturally a favorite store. I still get excited to see the pieces I was moved by on the runway or in the showroom appear on the floor months later.

Sotto Casa is my go-to pizza place around the corner from my apartment in Brooklyn. I love it for its convenience and familiarity, and the pizza itself is memorable. Arcade in Tribeca bakes some of the best bread in the city. It’s tucked away unexpectedly and quietly at the back of the building’s ground floor arcade. There’s something calming about sitting under the beautiful arches consumed by the smell of fresh bread.

Is there a piece of clothing or an accessory you never leave home without?
Recently, I always wear my Spinelli Kilcollin ring. When I first got it, it felt a bit flashy, but in the end I like it because it adds a bit of sparkle to my look, which tends toward the understated side. It’s also a piece that reminds me how lucky I am to meet and form friendships with incredibly talented people through my job.