Often heralded as the man who “brought sexy back” or the “King of Sex,” it goes without saying that designer Tom Ford—who turns 54 years old today—knows a thing or two about getting down. From the moment Ford took the helm of Gucci in 1994, he bid farewell to an era dominated by grunge, and said hello to a sexiness inspired by the glamour of the freewheeling 1970s.

MORE: 10 Foods That Will Improve Your Sex Life

Ford’s personal sex appeal is even harder to ignore. Often called the “straightest gay man in the world,” you’d be hard-pressed to find someone who doesn’t think Ford—with his perpetual next-day stubble and unbuttoned shirts—is just about as hot as it gets. Yes, he may be married to longtime partner Richard Buckley and have a child now, but that doesn’t change facts: Ford has a sex appeal that’s powerful and undeniable.

That said, it’s not surprising that Ford has a lot to say on the topic of sex—from what makes a woman sexy, to the easiest ways for guys to get laid. Something tells us if we all listened to Ford’s rules on the topic we all might be having better sex, more often. In other words, take notes on the designer’s guide to sex. 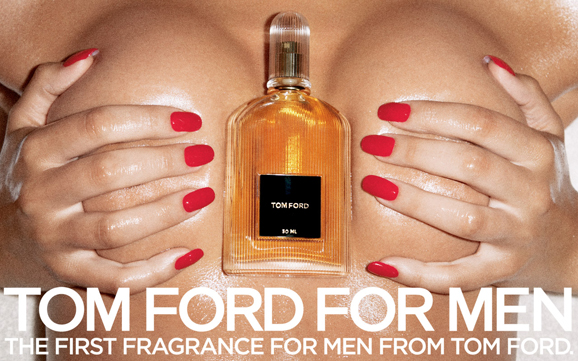 1. Au naturel is the way to go.
No need for tons of deodorant or perfume in the bedroom, according to Ford. He told GQ: “No need for deodorant. I like the way sweat smells. It’s sexy.”

2. Clean nails and no shorts get guys laid.
As for what guys should wear to impress women, Ford told The Telegraph: “A man should never wear shorts in the city. Flip-flops and shorts in the city are never appropriate. Shorts should only be worn on the tennis court or on the beach.” As for the moment when you are about to get intimate, Ford told GQ: “Want girls to let you put your fingers in certain places? Get a manicure.”

3. Nothing’s sexier than a good listener.
Forget about working on your six-pack guys, and just listen! “Someone who is secure enough to be very present when relating to another person is sexy. In other words, a good listener always lands who he wants,” Ford told Details.

4. Have sex with girls and boys.
“There’s one indulgence every man should try in his lifetime: If you’re straight, sleep with a man at least once, and if you’re gay, don’t go through life without sleeping with a woman,” Ford told Details. “Either way, you might be surprised at how natural it will feel if you can get past the mind-fuck of stereotypes. In the end, it’s just another person that you’re relating to in a physical way.” 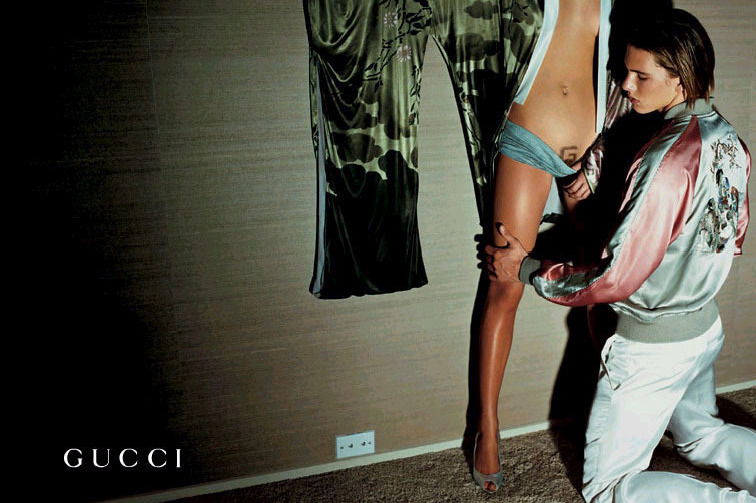 5. Consider your partner first when it comes to, ahem, grooming down there.
Ever the considerate gentleman, Ford advises us all to ask our partners about grooming preferences. “I personally hate shaved genitals, but ask your partner what he or she prefers,” Ford told GQ.

6. There is nothing natural about just sleeping with one person, and that’s OK.
“I think that monogamy is artificial,” Ford told Arena. “I do not think it’s something that comes naturally to us.”

7. Sex should be fun for everyone.
“Why shouldn’t women have sex for enjoyment?” Ford pondered in New York magazine. “Why should showing off be a bad thing?…Men have been very crude for a long time—I mean, you walk down the street and guys scream, ‘Hey, baby!’”

10. Being naked is an equalizer.
“You can go to the gym and see a guy in the shower and think, ‘Wow, great, I’d love to talk to him,'” Ford told W magazine. “Then he goes and sits down on a bench and puts on frightening shoes, a silver thumb ring and a bad suit. Being naked is the great equalizer; there are just less ways to screw up.”

11. Beauty is actually more powerful than sex.
“I lust after beautiful women,” Ford told Interview. “First of all, I love women. But I lust after beautiful women in the way that I lust after a beautiful piece of sculpture … or a beautiful car. I believe everyone’s on a sliding scale of sexuality. There are moments where I am sexually attracted to women. But it doesn’t overpower my first impulse; my lust for them is the same as my lust for beauty in all things. It’s not like I ever think, ‘Oh, my god, I’ve got to spread her legs and fuck her.’”

12. Want to seduce a woman? Stand up when she goes to the bathroom.
“If I were straight and I were trying to seduce a woman, I could do it just by standing up at the table when she came back from the bathroom,” Ford told Esquire. “It works. Every time I do that, all the straight men are sitting at the table and their wives are kicking them. ‘Look at that!’ ‘You never do that for me!’ ‘Oh, that’s so nice.'” 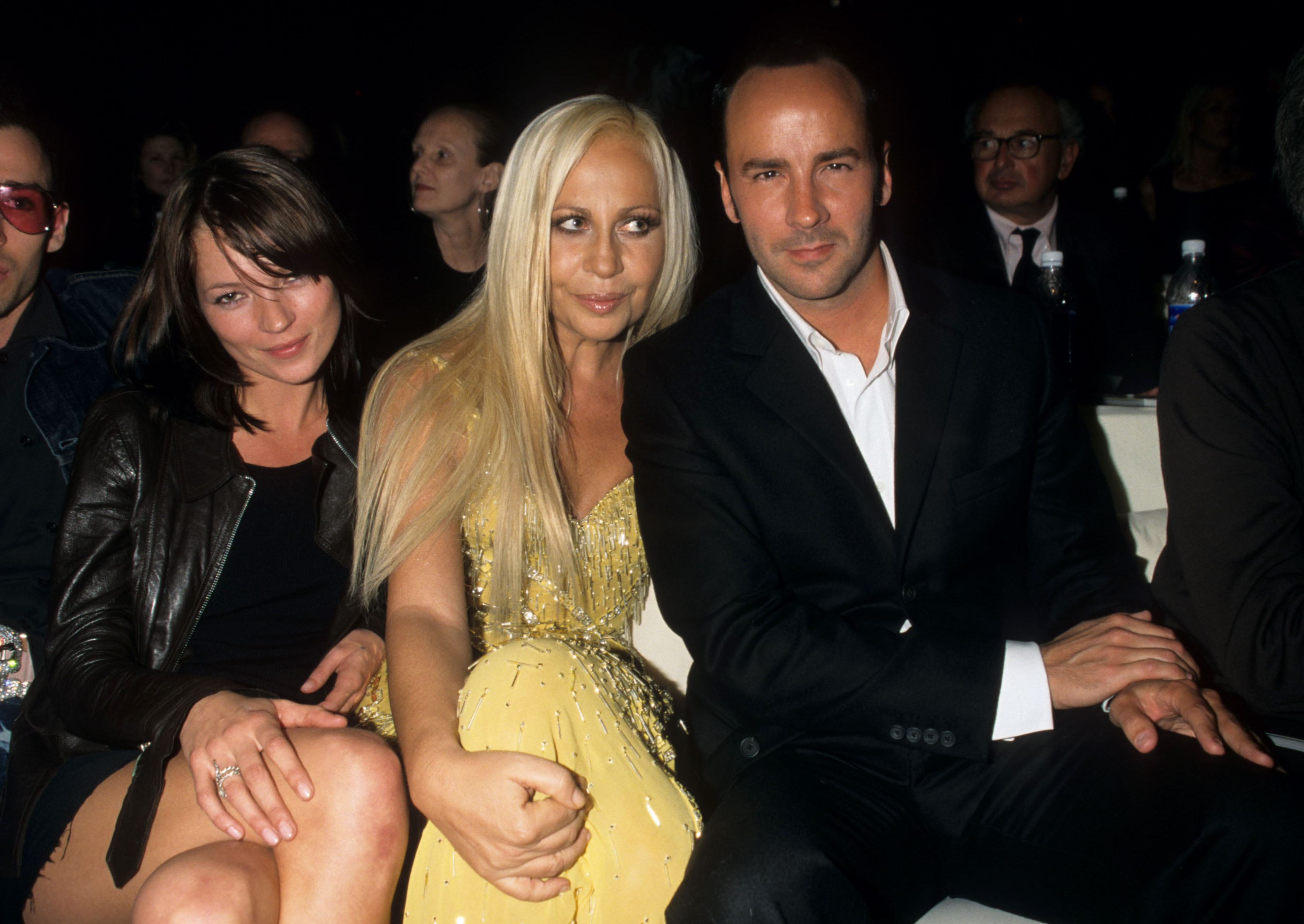 13. There is no such thing as one kind of sexy.
“To some people, sluttiness is sexiness,” Ford shared with GQ. “For some people, sexiness is a librarian, or a schoolgirl. In pleated skirts and field-hockey pads. I happen to find hair under people’s arms and hair on people’s legs sexy, but then, of course, I’m a homosexual.”

14. Everybody calm down, sex isn’t that big a deal.
“I think sex is one of the nice things in life,” Ford told GQ. “I don’t know why everybody makes a big deal about it. I find violence much more offensive than sex.”

15. Not everything is about sex—not even shaved pubic hair.
“When I shaved G for Gucci into the model’s public hair it was meant to be tongue-in-cheek statement about branding,” Ford said in People. “We had Gucci emblazoned on everything in those days—so I said why not the pubic hair too. It wasn’t just about sex.”