While he’s known as Mission Impossible’s secret agent Ethan Hunt to most of the world, to Tom Cruise’s kids, he’s simply dad—and there’s truly no greater role than that.

The Top Gun actor has three kids. He shares his only son, Connor Cruise, and eldest daughter, Isabella ‘Bella’ Cruise with his ex-wife, Nicole Kidman. The Golden Globe winner and the Big Little Lies actress adopted Bella and Connor when they were married. Cruise, for his part, also has one biological child: his daughter Suri, whom he shares with his other ex-wife, Katie Holmes. 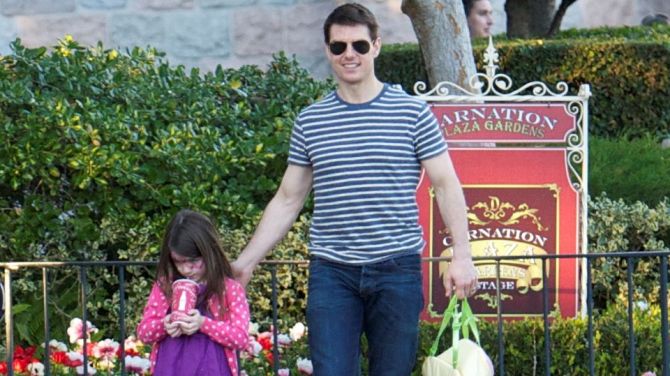 Suri is Tom Cruise’s youngest child. The Academy Award-nominated actor welcomed his daughter in April 2006 with his then-wife, Katie Holmes, whom he first started dating in June 2005. The former couple reportedly got engaged that same year after only seven weeks of dating. Around the same time, Holmes, who was raised Catholic, reportedly began converting to Cruise’s Church of Scientology. The pair ultimately split in 2012, and it is believed that the Dawson’s Creek alum filed for divorce from Cruise in part to “protect” their daughter Suri from Scientology.

Ever since Holmes and Cruise’s divorce, the Jerry Maguire star has rarely been spotted with his daughter. Holmes has full custody of Suri and lives with her in New York City today. According to Hollywood Life, the last known photos of Suri and her dad are from nearly a decade ago in 2012 when the pair visited Disneyland together, as pictured above. A source who spoke to the site in April 2019 revealed that despite their estranged relationship, Tom “still loves” Suri.

“As challenging as things have become for him and his daughter, he still loves her,” the insider revealed at the time. “Tom never intended to be estranged from his daughter when he decided to have a family with Katie, and he looks forward to repairing their relationship one day.” 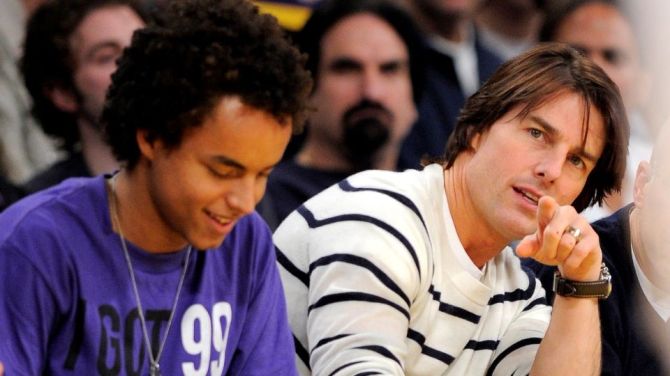 Tom Cruise’s only son, Connor, was born in January 1995. The Risky Business star adopted Connor shortly after his birth with his then-wife, Nicole Kidman. The former couple, who got married in December 1990 and divorced in 2001, also adopted a daughter, Isabella, three years before they welcomed their son.

These days, Connor works as a DJ and is based in Florida. He also briefly pursued acting like his dad, having appeared in films like 2008’s Seven Pounds and the 2012 remake of Red Dawn. While his half-sister Suri may not have a strong relationship with their dad, Connor does seem to be close with the Mission Impossible actor. Both he and his adoptive sister Bella were raised in the Church of Scientology with their father, and have been spotted spending time with the actor on multiple occasions now that they’re all grown up. Most recently, Cruise took his son out to a ball game in San Francisco in October 2021, where the pair were spotted by fans on the jumbotron. 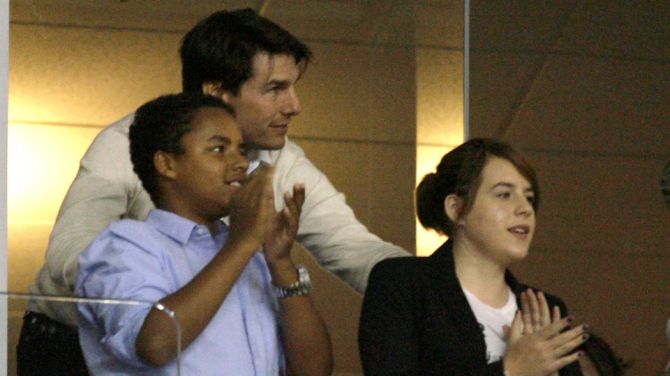 Isabella “Bella” Cruise is Tom Cruise’s eldest child. Bella was adopted by Cruise and his then-wife Nicole Kidman during their marriage, which lasted for a decade until 2001. Like her dad, Bella is a notoriously private person. What we do know about her is that she’s currently based in London, where she works as an artist and owns her own company. Bella is also married to Max Parker, an IT consultant.

When Bella got married in 2015, there was some speculation that she was estranged from her mother and father because neither attended the wedding. The artist has since shut down those claims, telling the Daily Mail in 2016, “Of course [we talk], they’re my parents. Anyone who says otherwise is full of shit.”