As one of the current face of daytime television, it’s understandable why fans are curious about TJ Holmes’ net worth and how much he makes on Good Morning America compared to his co-hosts.

Holmes—whose full name is Loutelious Holmes, Jr.—was born in West Memphis, Arkansas, on August 19, 1977.  He graduated from the University of Arkansas, where he earned a degree in broadcast journalism. His broadcast career started at KSNF in Joplin, Missouri in 1999 before Holmes moved to KTHV in Little Rock, Arkansas, in 2000. He then moved to KTNV in San Francisco, California in 2003 before he was hired as a news anchor and correspondent by CNN in 2006. After CNN, where Holmes co-anchored the network’s Saturday & Sunday Morning show, Holmes moved to BET, where he hosted his original series, Don’t Sleep. After Don’t Sleep‘s cancellation, Holmes briefly returned to CNN before he joined ABC News as a correspondent on World News Now, America This Morning and Good Morning America. In 2020, Holmes became a co-host on Good Morning America‘s GMA3: What You Need To Know along with Amy Robach and Jennifer Ashton.

In November 2022, Robach and Holmes became embroiled in a cheating scandal after reports they had an affair while still married to their spouses, Andrew Shue and Marilee Fiebig. A source told Page Six at the time that Robach and Holmes’ alleged affair started in March 2022 and left their spouses in August 2022. They have a very cozy relationship on air, but that is what is expected. But they were very careful behind the scenes to keep their affair secret. The producers at GMA are shocked to hear they are having an affair,” a source told Page Six at the time. A day after reports of their affair, Page Six reported that Robach and Holmes arrived at Good Morning America together “as a couple” and as if “nothing had happened,” with a source telling the site that the two maintain that their relationship didn’t become romantic until after they had broken up with their spouses. “They’re in a relationship, they’re very happy. They are both broken up from their spouses and they’re two consenting adults — they have the right to do what they want,” the source said.

How much does TJ Holmes make on Good Morning America? 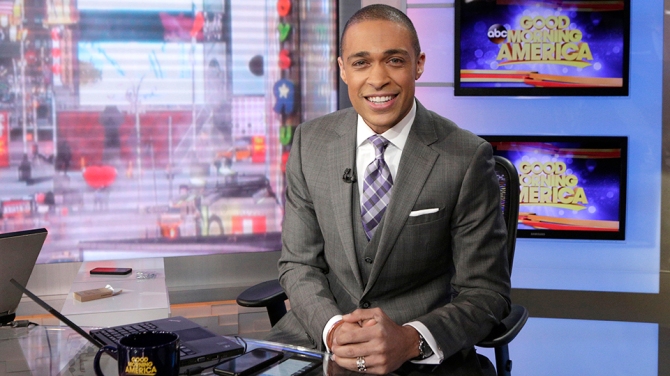 What is TJ Holmes’ net worth? 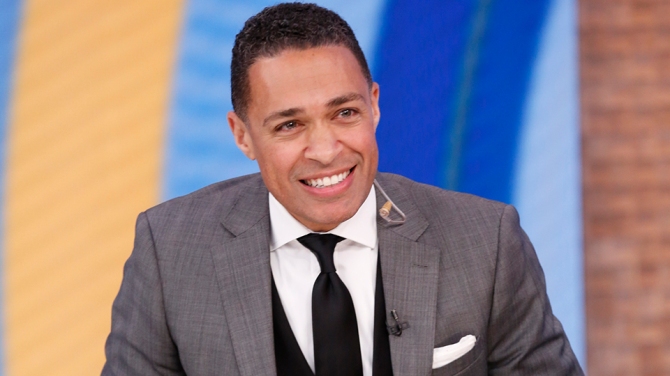 TJ Holmes’ net worth also includes his work at CNN, where he started as as a correspondent and news anchor in 2006. While at CNN, Holmes co-anchored the network’s Saturday & Sunday Morning show and contributed to reports on CNN’s coverage of the 2010 the Deepwater Horizon oil spill and the 2008 presidential primary campaigns, both of which won the network Peabody Awards. Holmes left CNN in 2010 and joined BET in 2011 in a multi-platform deal that included Holmes as the host of his own new original series Don’t Sleep. Holmes left BET in 2013 after network announced the cancellation of Don’t Sleep. After a short return to CNN, Holmes joined ABC News in 2014 as a correspondent on World News Now, America This Morning and Good Morning America, where he would report on news that broke overnight. He became a co-anchor of World News Now in 2014, and in 2020, Holmes became a co-anchor on GMA3: What You Need To Know.

In November 2022, The Sun reported that Holmes and Robach broke a “morality clause” in their contracts with Good Morning America after news broke of their relationship. In a copy of their contracts obtained by The Sun, talent must “act at all times with due regard to public morals and conventions.” The contract continued that talent will not take part in behavior “which tends to bring you or us into public disrepute, contempt, scandal or ridicule….or which might reflect unfavorably upon us, or injure the success of the programs.” The contracted concluded, “We may terminate this Agreement upon notice to within thirty (30) days after we acquire knowledge thereof.”

A source also told The Sun that Holmes and Robach’s co-hosts, George Stephanopoulos and Robin Roberts, disapprove of Robach and Holmes’ relationship. “There is no way they are going to be able to stay at GMA. They may not be outright fired, but they’ll be relegated to lesser roles, which will make it undesirable for them to continue,” the insider said. “George and Robin do not like this. This is very messy.”

Good Morning America is available to stream on Hulu. Here’s how to watch it for free.