On a scale of one to completely mortified, how much would you hate for a potential employer to see your Tinder profile? Yep, that’s what we thought. Because for many of us, the “best self” we’re showing is completely different depending on our audience. Case in point: Tinder In, a hilarious art project that places Tinder and LinkedIn profile pictures side by side.

After trawling through Tinder and LinkedIn, Belgium-based artist Dries Depoorter noticed the stark (and, um, hilarious) difference between how people choose to represent themselves on each platform. The result is kind of amazing: People will show a potential date that they’ve got a bikini body that rivals Gigi and an appetite for clubbing that rivals LiLo, but next to their clean-cut LinkedIn photos, those Tinder snaps are virtually unrecognizable. Does that sound uncomfortably familiar?

“I really wanted to do an art project with LinkedIn, because it’s not something that’s been done in the past,” Depoorter told us. “At the same time, I had the idea of doing a series with two contrary social media platforms—and Tinder was the obvious choice.”

Depoorter is an artist who now works in creative advertising—and he confirmed that, yes, everyone in the series is real, and these are their legit profile snaps.

Keep scrolling to check out the rest of Depoorter’s Tinder In series, then head over to his website to see more of his recent work. 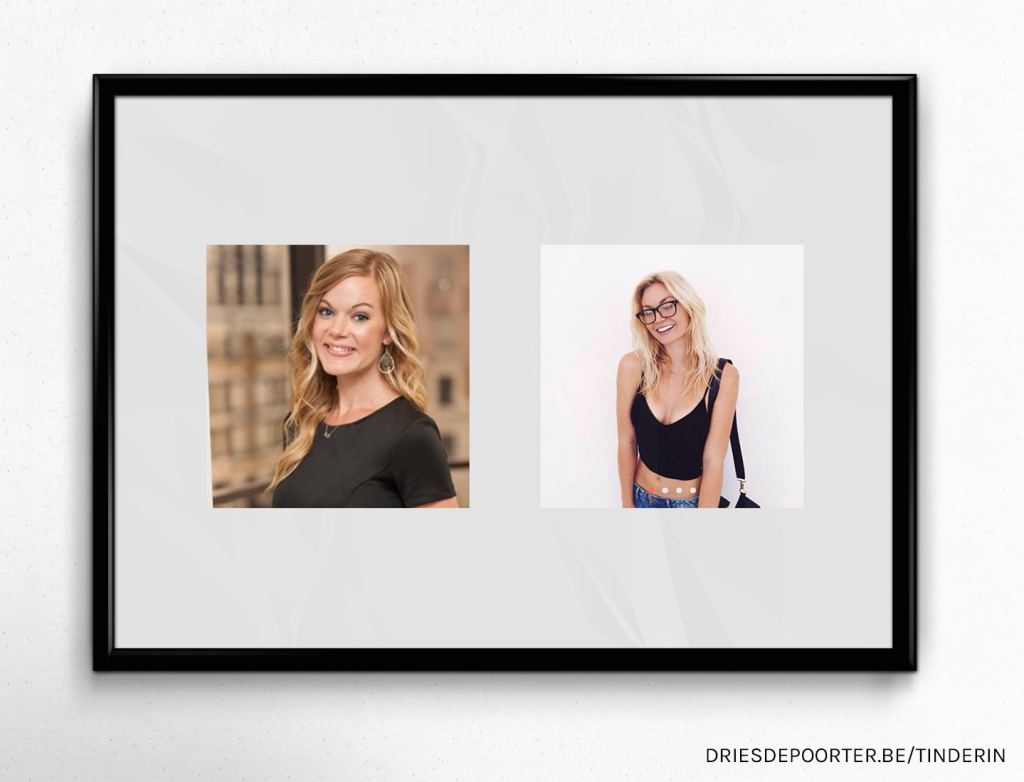 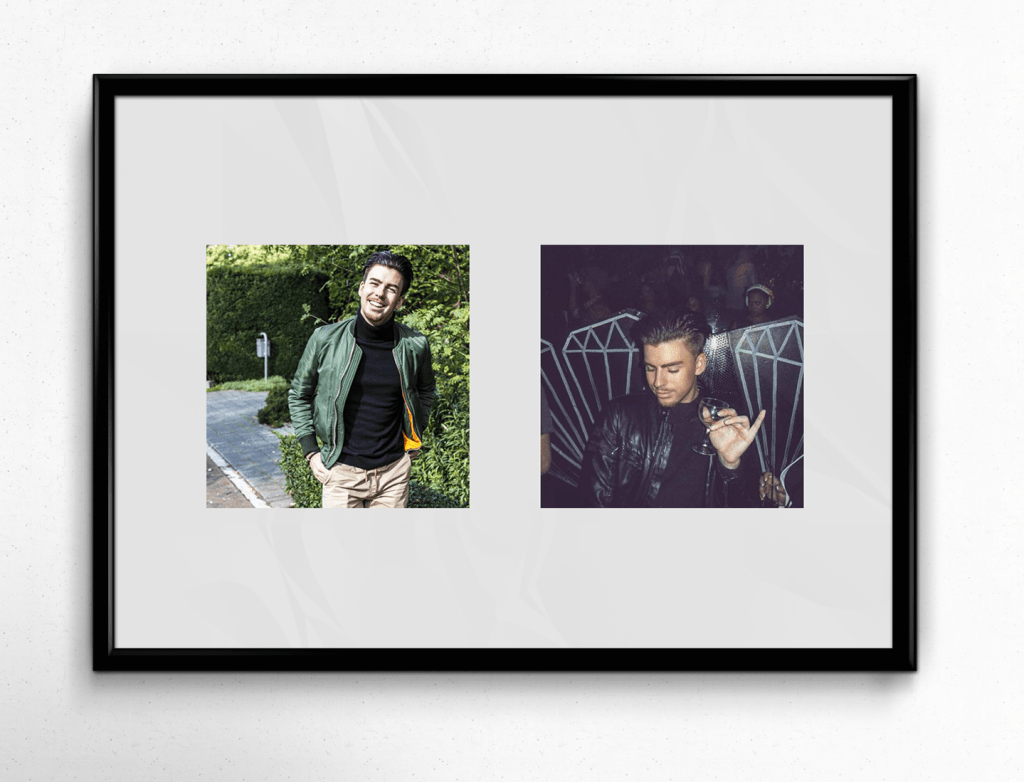 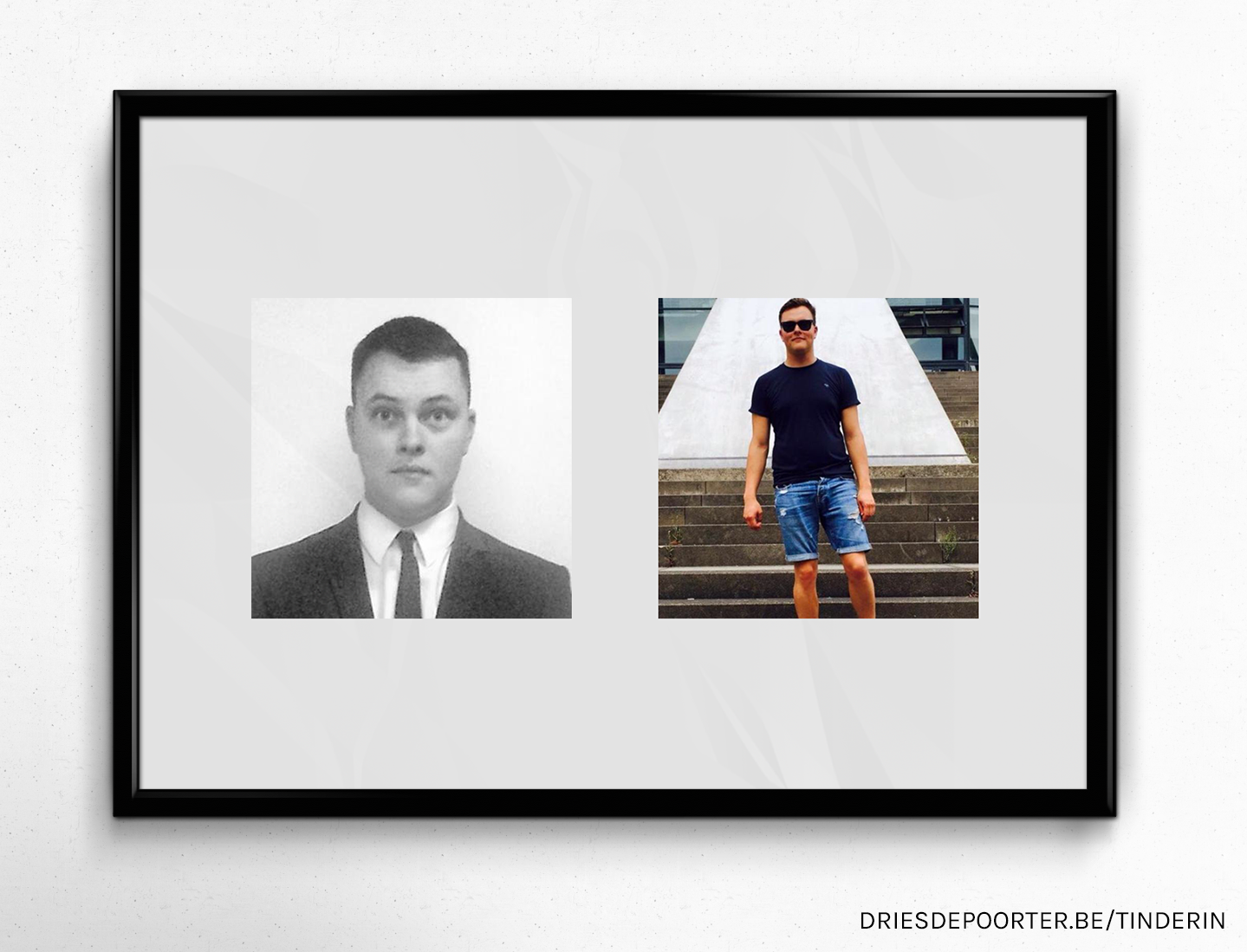