In many ways, dating apps have simplified the world of romance. You can now connect with potential matches from the comfort of your own home—simply by swiping right or sending a quick message. In other ways, though, they’ve also complicated it, forcing us to condense our entire personalities into a series of photos, blurbs and marketable assets that sum up who we are and what we’re looking for.

Your profile is the core unit of this self-promotion. It’s the first (and sometimes only) impression you give other dating app users—potential matches who may or may not be The One.

MORE: The Emotional Stages of Dating in Your 20s, as Told Through Spotify Playlists

Given its significance in the dating app-sphere, it’s little surprise so many of us are apt to overthink our profiles.

We sort and re-sort our photos until they fall into an order that seems appealing. We write and re-write our bios until we’ve struck the right balance of charming, funny and honest. We link our Instagrams, and then unlink them, and then relink them—wondering if they’re adding anything of value to our self-presentations.

But all of this is guesswork. The good news: It doesn’t have to be.

MORE: Exactly How to Talk to Your Partner About Getting Tested, According to Sex Therapists

We reached out to Suzanne Oshima, a Manhattan-based matchmaker and life and love transformational coach at Dream Bachelor & Bachelorette. Oshima has more than 10 years of experience coaching people in online dating (yes, it’s been around that long). So naturally, we asked her to critique the profiles of a handful of people trying to make it in app-land.

Ahead, her thoughts on their profiles (and some helpful tips you can integrate into your own dating app endeavors). 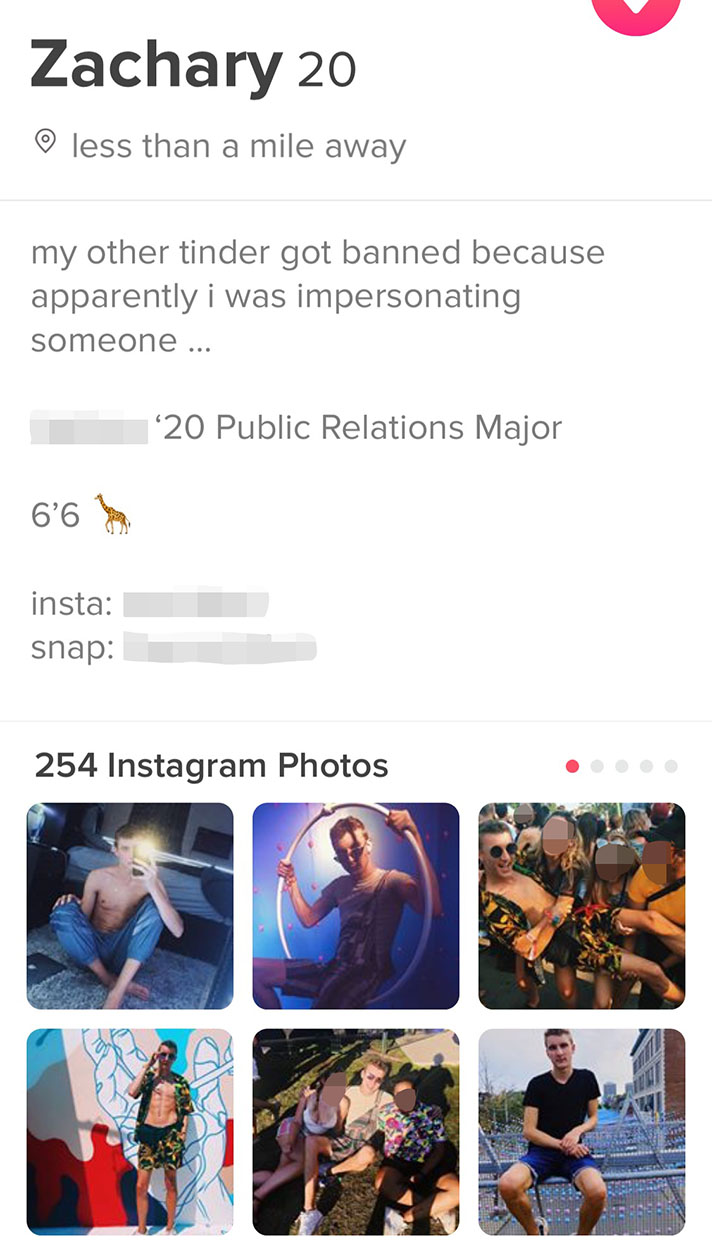 Oshima’s first critique? Zachary should be smiling in his first photo. It might seem like a simple tip, but tons of people use profile pictures where they’re not smiling—and that can send the message that you’re unwelcoming or unapproachable, even though you’re on the app looking for a partner.

“The number one mistake I see people make on their profiles is their profile photo,” Oshima tells StyleCaster. “You should always be smiling in your first photo. You have to remember that’s your first impression.” Oshima adds that you should also avoid sunglasses pictures when possible, because they hide your face.

Her second critique? The bio—mostly because it doesn’t convey a ton about Zachary’s personality or interests. A bio that’s “succinct, but not generic” will go a long way, according to Oshima. 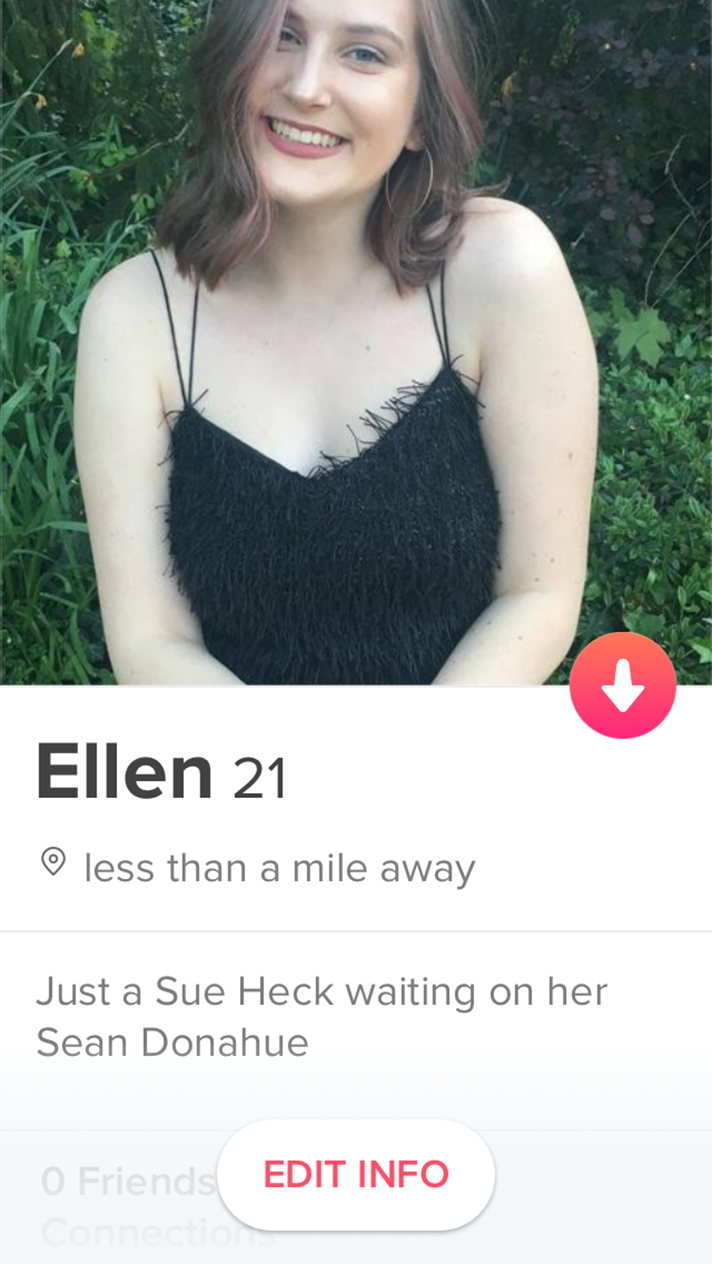 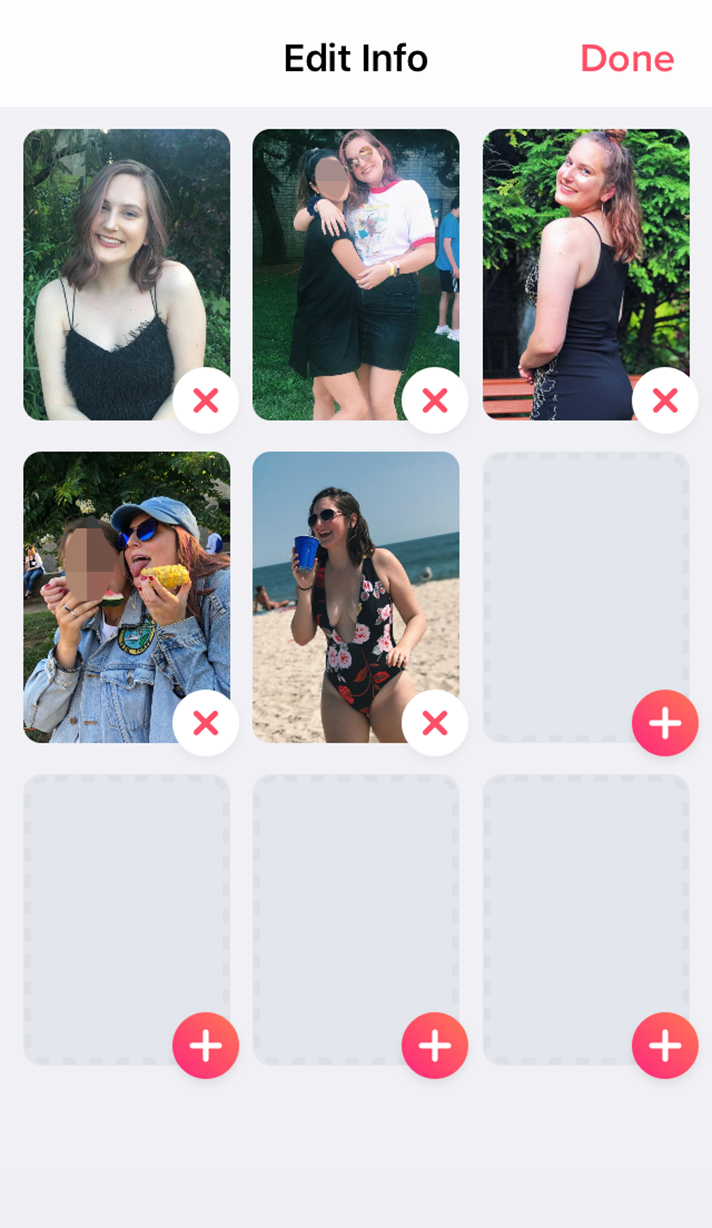 Oshima loves Ellen’s first photo; she’s smiling, and it’s not a selfie (Oshima’s not a huge fan of selfies).

Her only advice? Opt for a more colorful top. According to Oshima, black can cause people to blend into the background of a photo—and on a dating app, in a sea of other profiles, you definitely want to stand out.

A more specific bio—one that mentions some of her interests and hobbies—could also take Ellen’s profile to the next level, Oshima says. 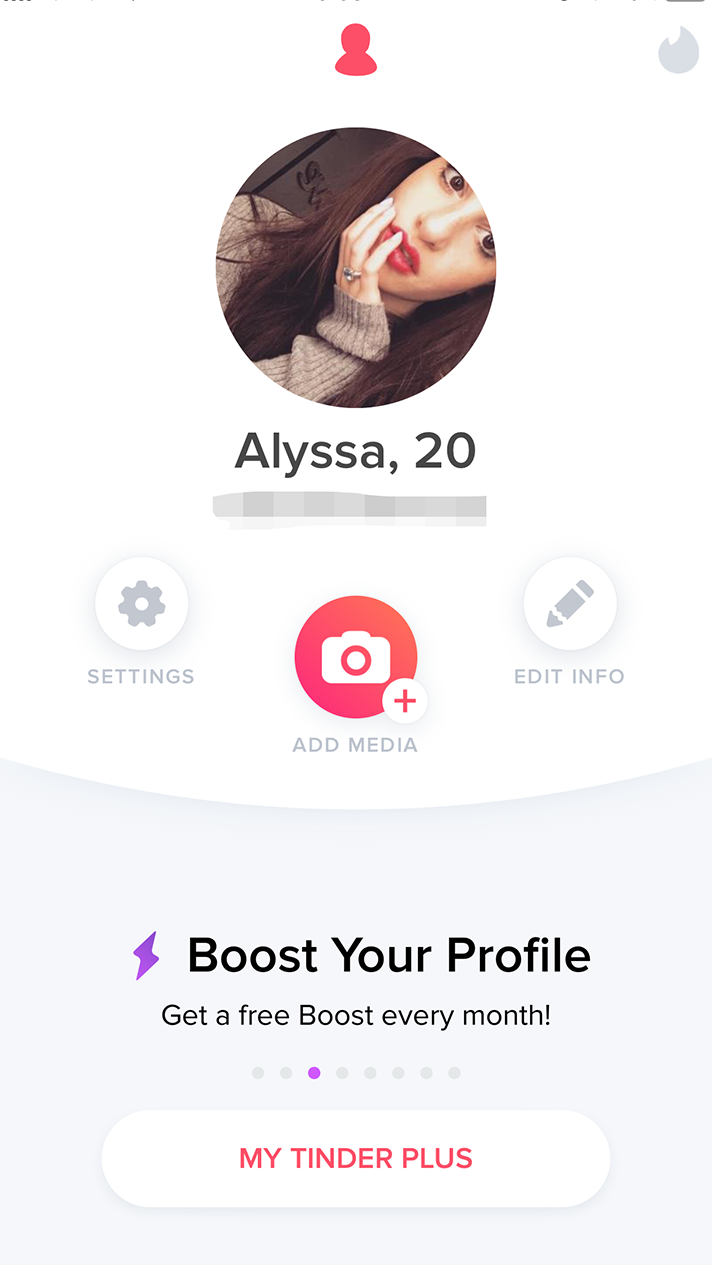 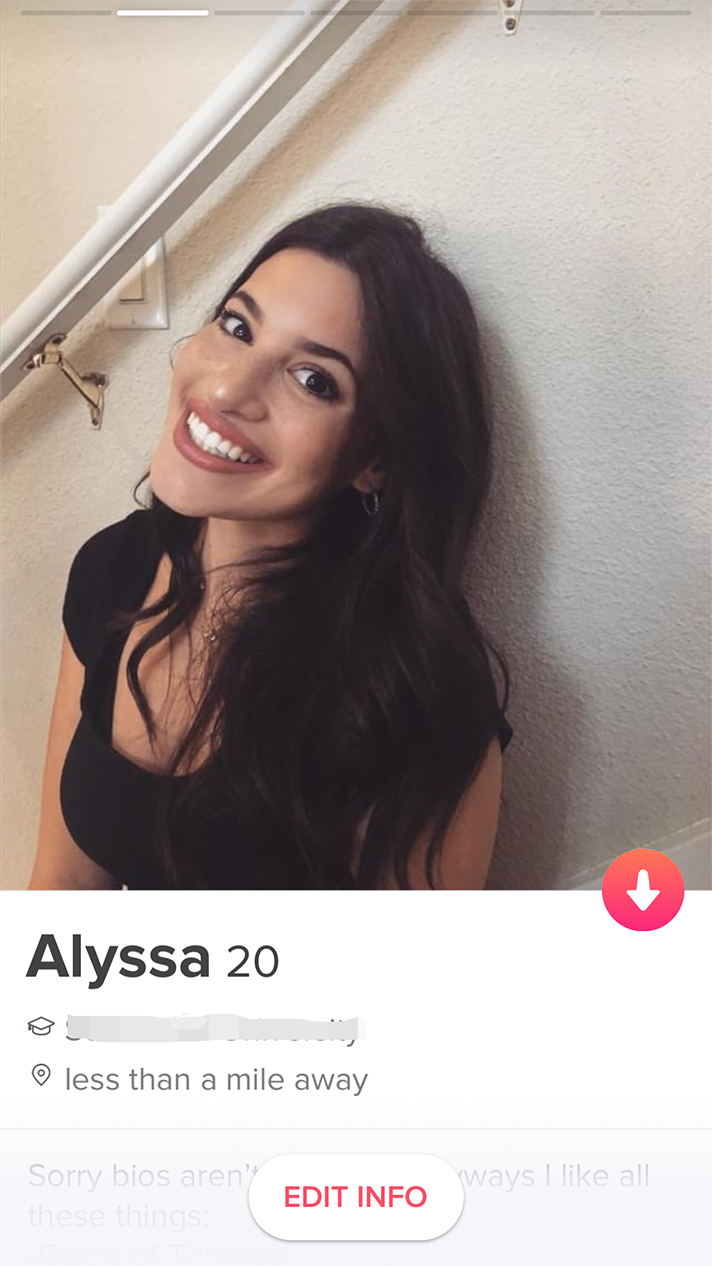 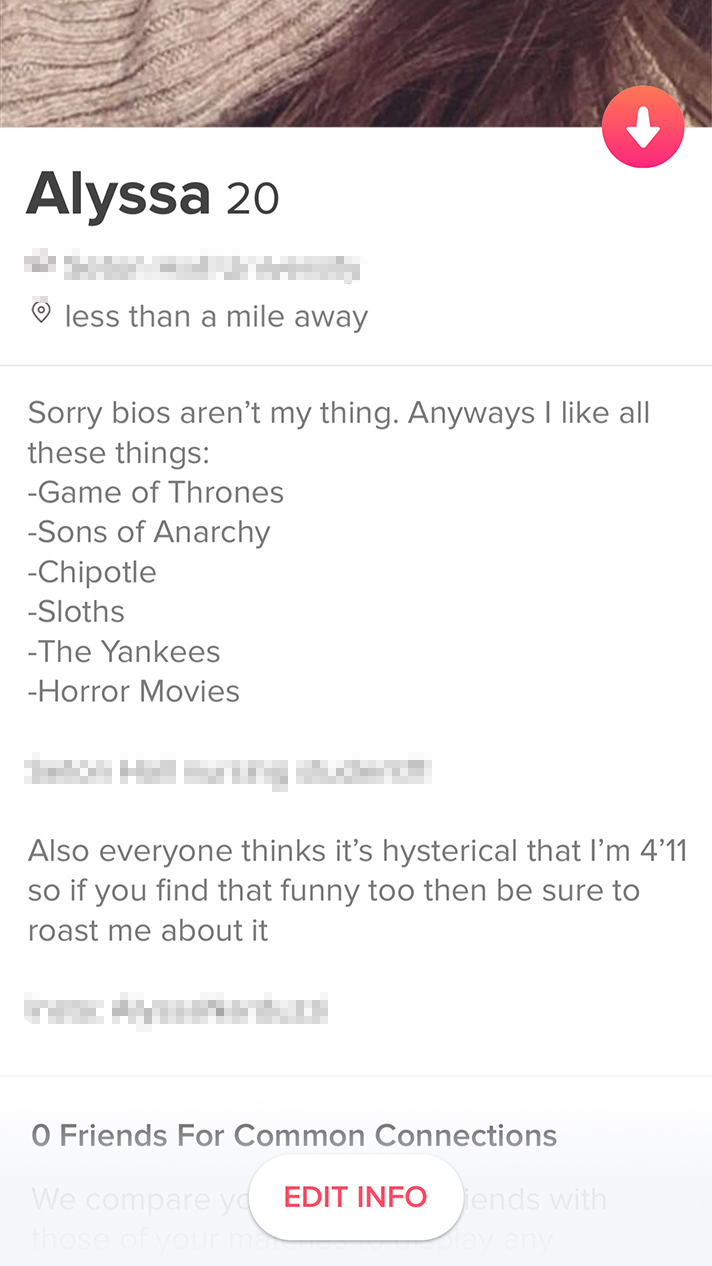 Alyssa’s profile photo fits most of Oshima’s criteria. But Oshima prefers Alyssa’s second picture, because—you guessed it—she’s smiling. “I’m not crazy about that the banister is in the way, but that’s a really cute photo of her,” Oshima says.

Oshima says that lists don’t always work, because you include some stuff potential matches don’t connect with. That said, Alyssa’s list features a ton of stuff guys might like—making it a great conversation starter.

Oshima also appreciates the joke Alyssa makes about being 4’11”. “They’s original and shows she has a sense of humor,” Oshima says. 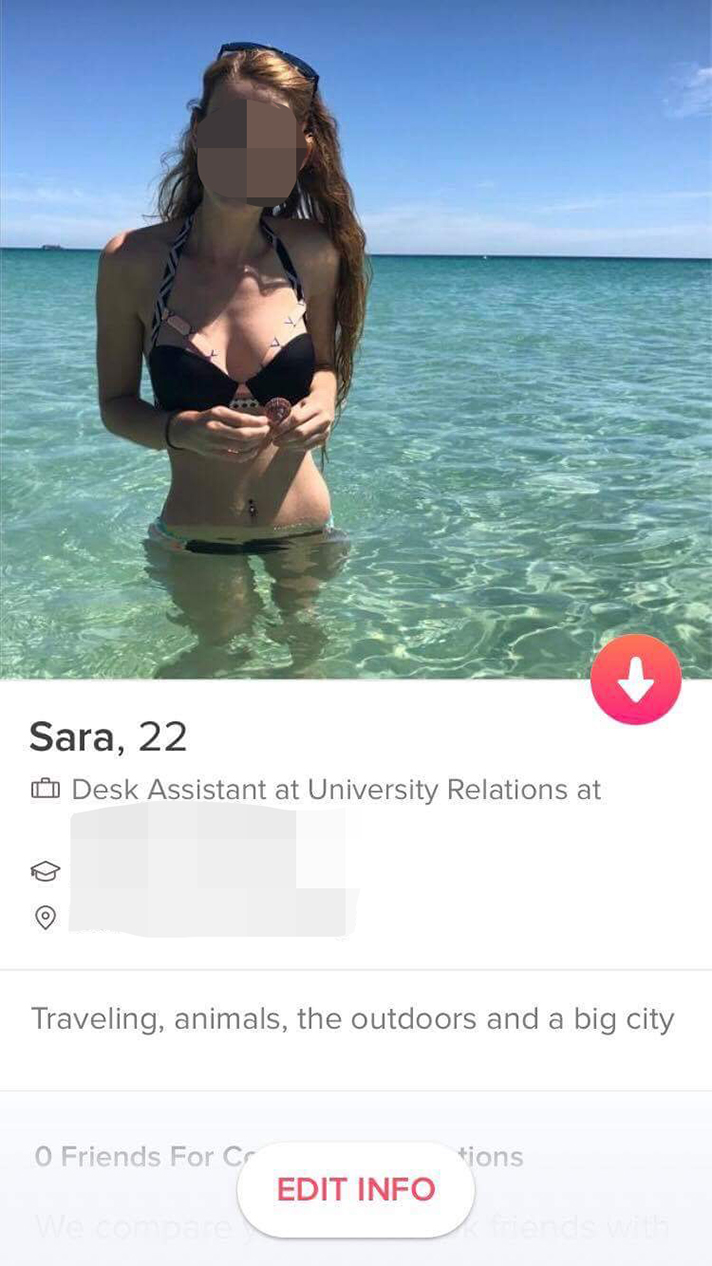 Oshima recommends thinking twice before using a bathing suit picture in your profile—especially as your first photo. “Whenever you show up scantily clad, you’re appealing to sex,” Oshima says. “There’s nothing wrong with that if that’s what you’re looking for.” But if it’s not, you might want to opt for a different strategy.

Oshima also notes that Sara’s bio is pretty general. It doesn’t illustrate anything specific about Sara’s personality or interests. “Focus on what makes you unique,” Oshima says. Remember: You’re one of many, so you want to stand out. 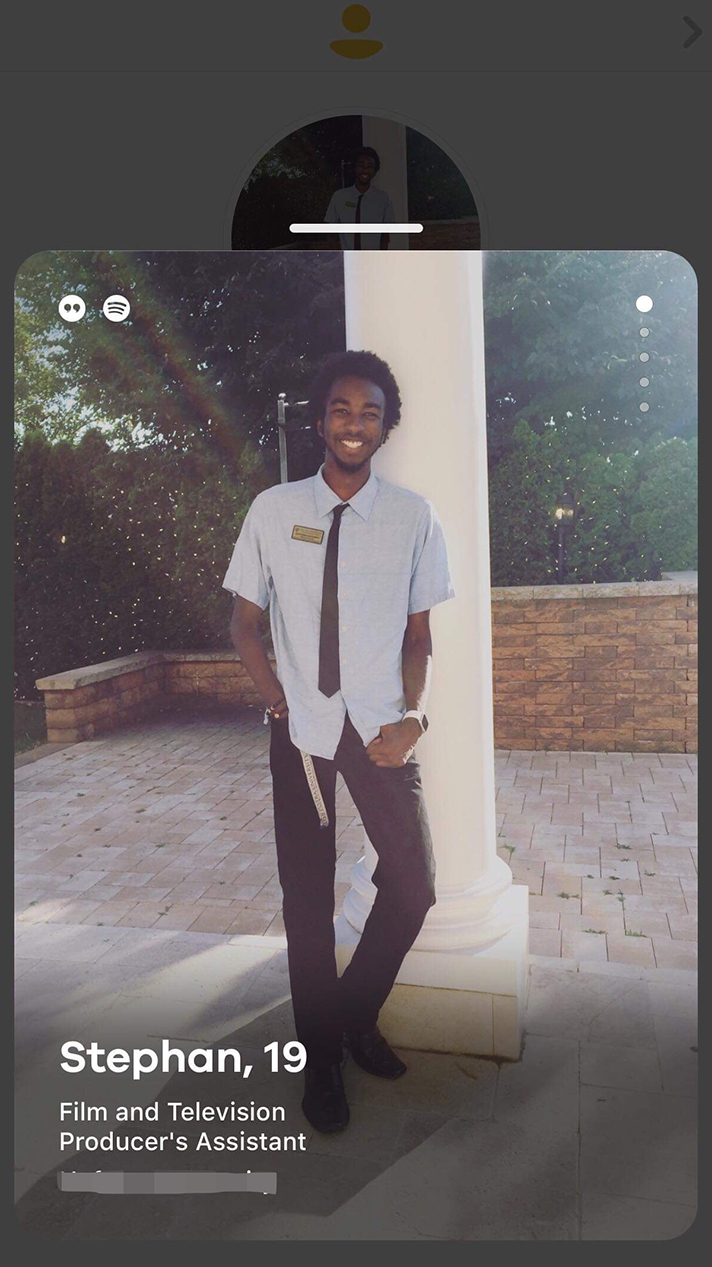 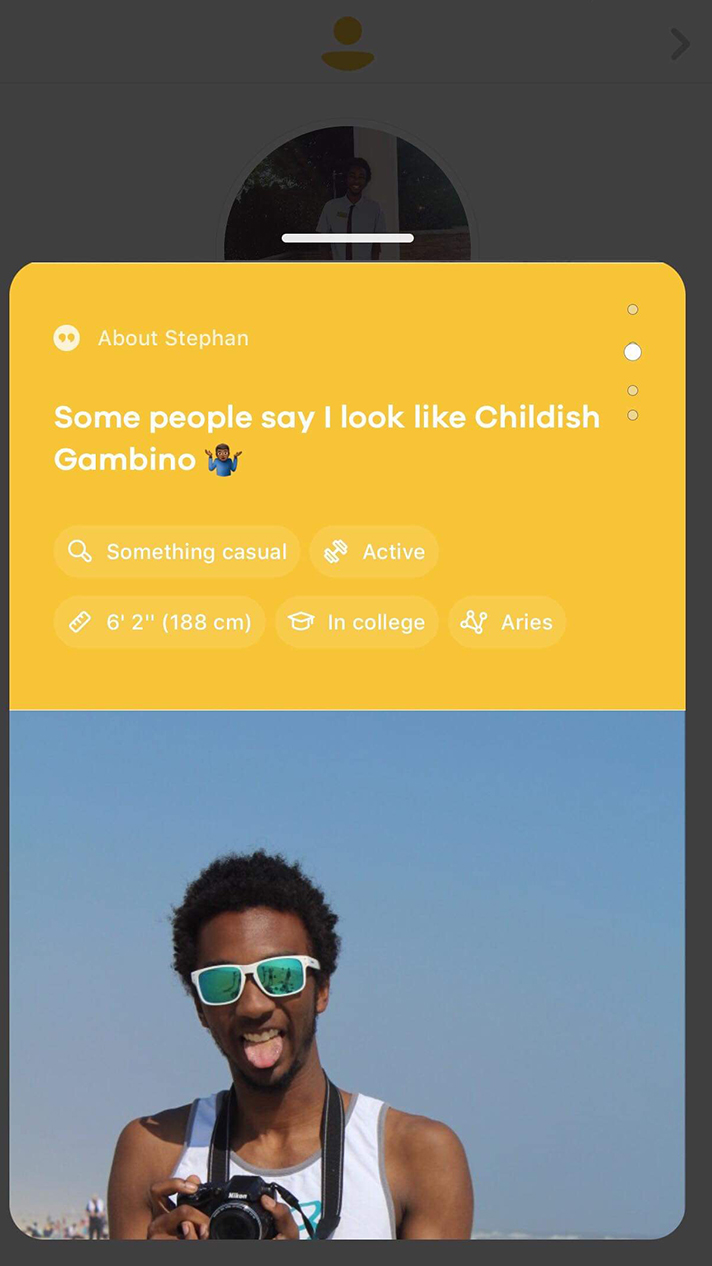 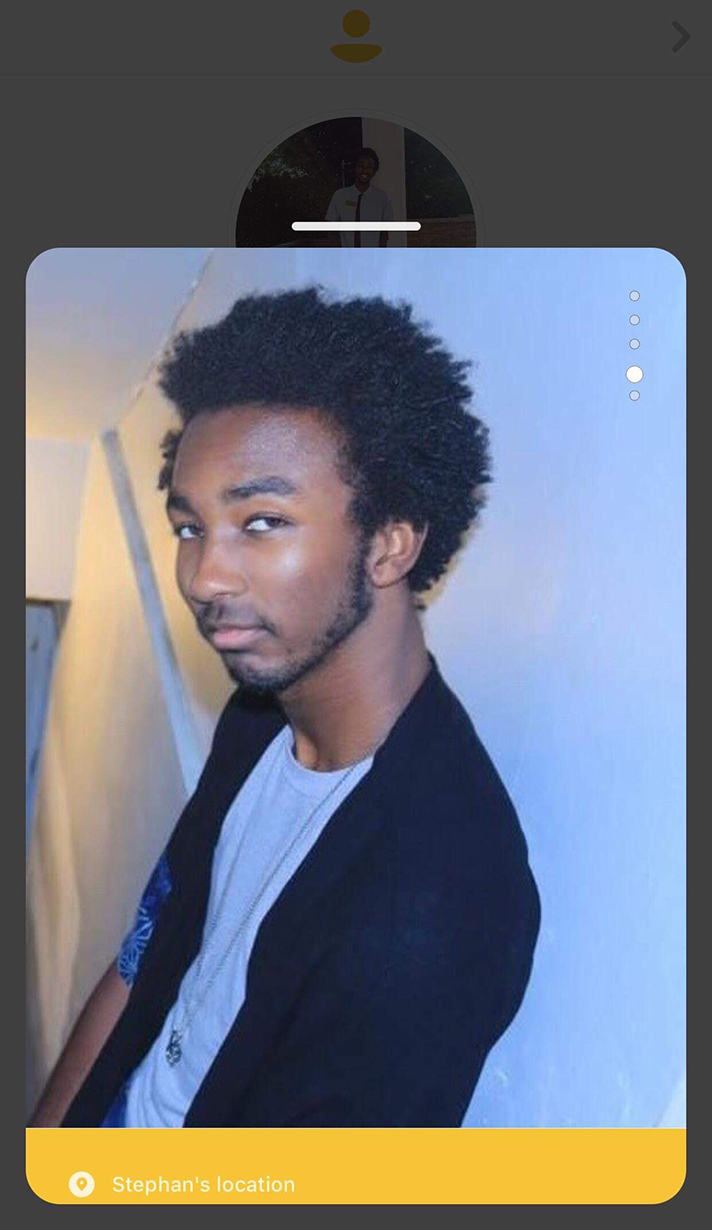 “The first thing I notice is [the] full-length [photo],” Oshima says. “When you shrink it down, you can’t really see his face.” You want to make things as easy as possible for your potential matches so they actually know what you look like, and a simple way to do that is to make your first photo a portrait (and, as we noted earlier, preferably one of you smiling and wearing a colorful top).

Then, bump the full-length photo to your second slot. “You want to look, quite honestly, like you would on a date,” Oshima says. “Show them up front: This is who I am, and this is what my body looks like…No one wants to be surprised.” And let’s be real, if someone doesn’t find you attractive exactly as you are, do you really want to waste your time on a date with them? 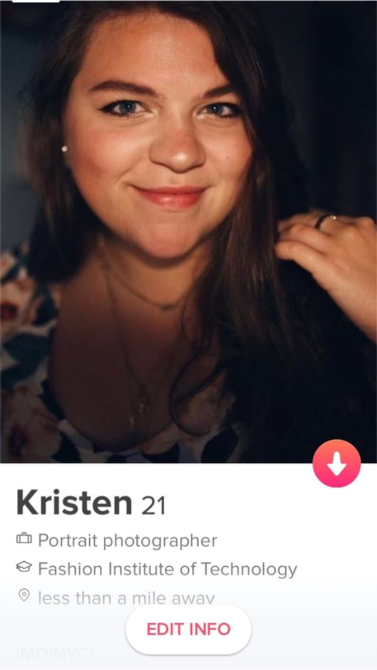 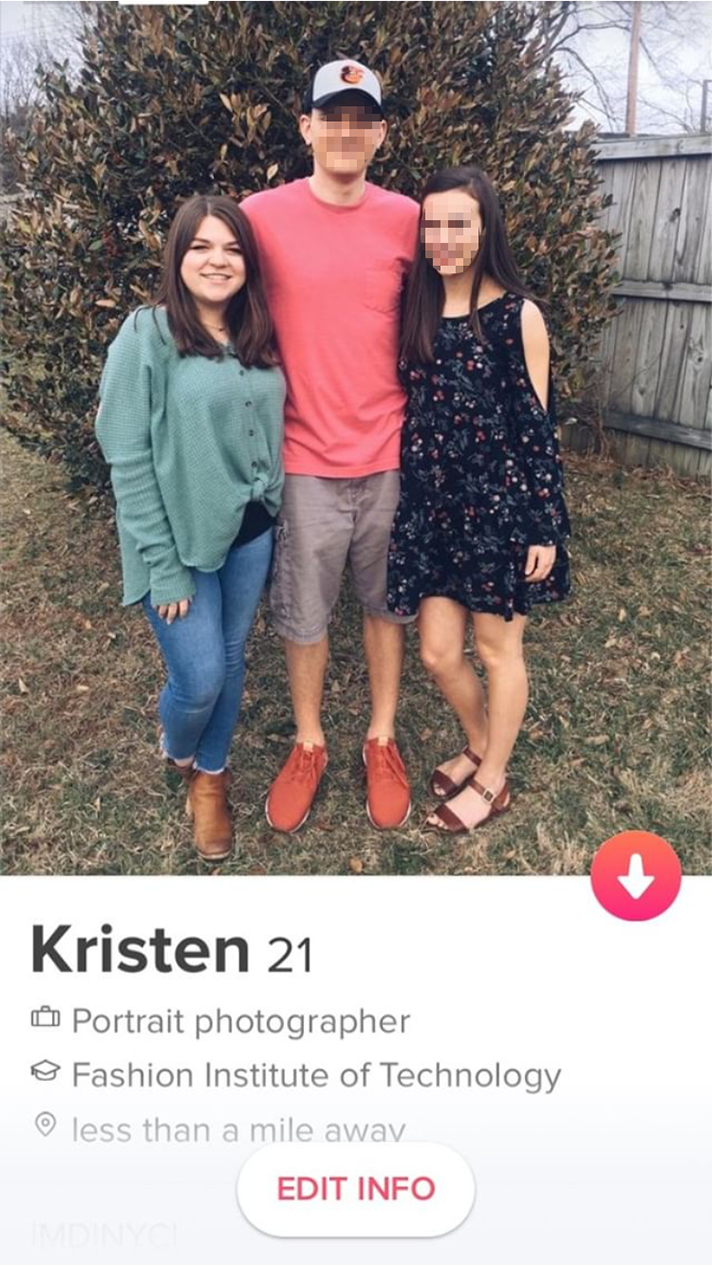 Kristen does a great job starting with a smiling portrait and moving to a full-body picture. But Oshima says she’d prefer it if Kristen’s second photo weren’t a group shot. “While you know who you are, nobody else knows who you are,” Oshima says.

Oshima also wishes the lighting in Kristen’s first photo was a little brighter, because brighter photos are more likely to catch someone’s eye. 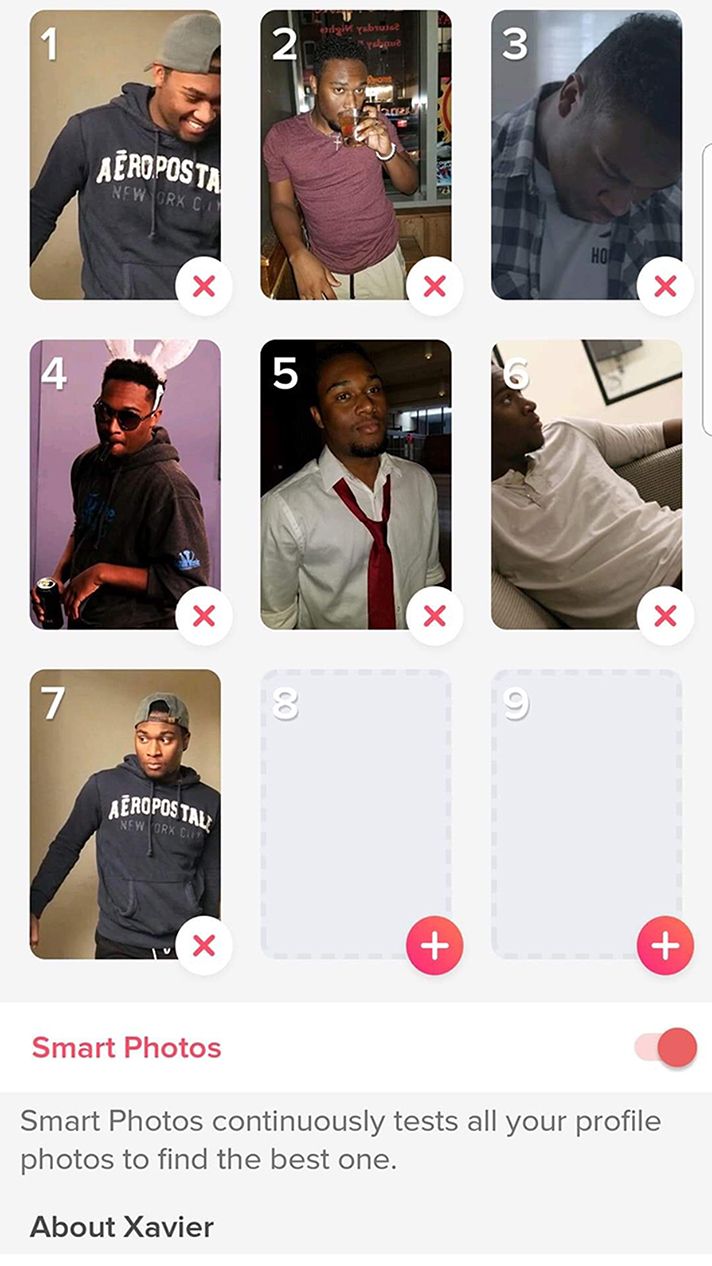 Oshima says that while Xavier’s first photo is a “cool shot,” it doesn’t make for a great profile photo. In fact, none of the pictures in his grid do. Why? None of them are straightforward smiling portraits. 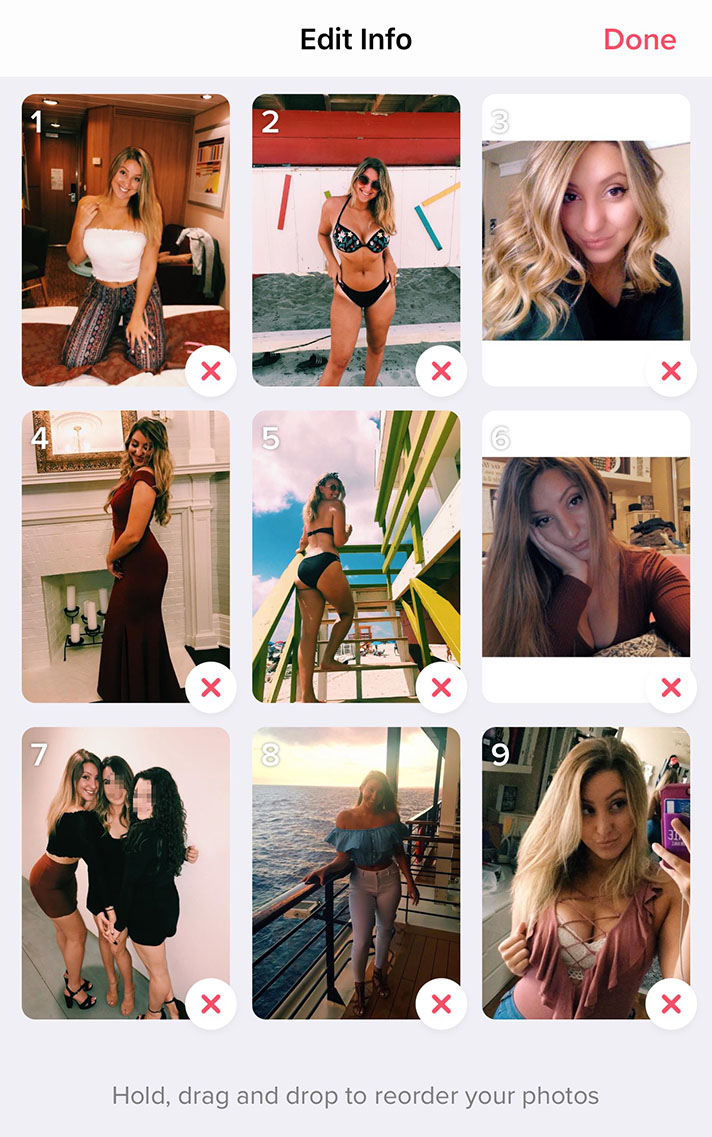 Oshima says Gabby’s first photo is great, but it would make for a better second photo. She recommends replacing the first with a smiling portrait, instead.

Oshima says she also loves Gabby’s fourth and eighth photos; these capture her personality in a way some of the selfies don’t. If Gabby’s looking for a relationship, more photos like the fourth and eighth could be a great way to optimize her profile. 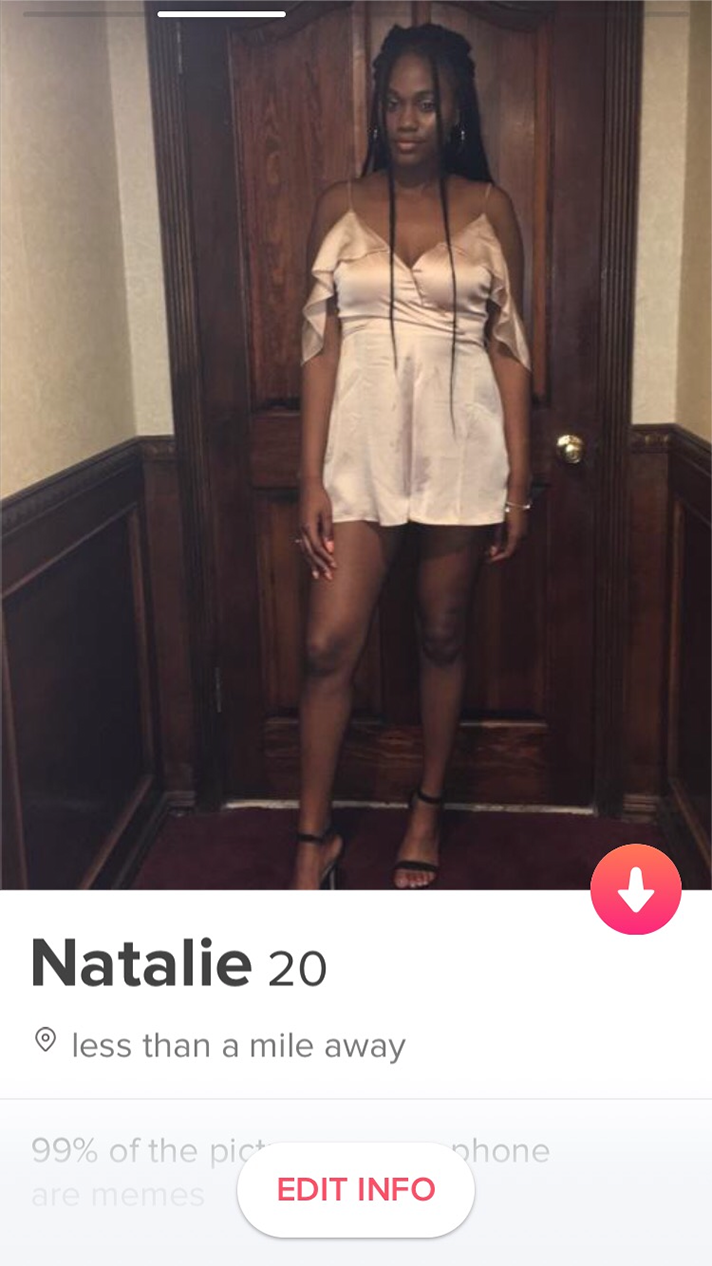 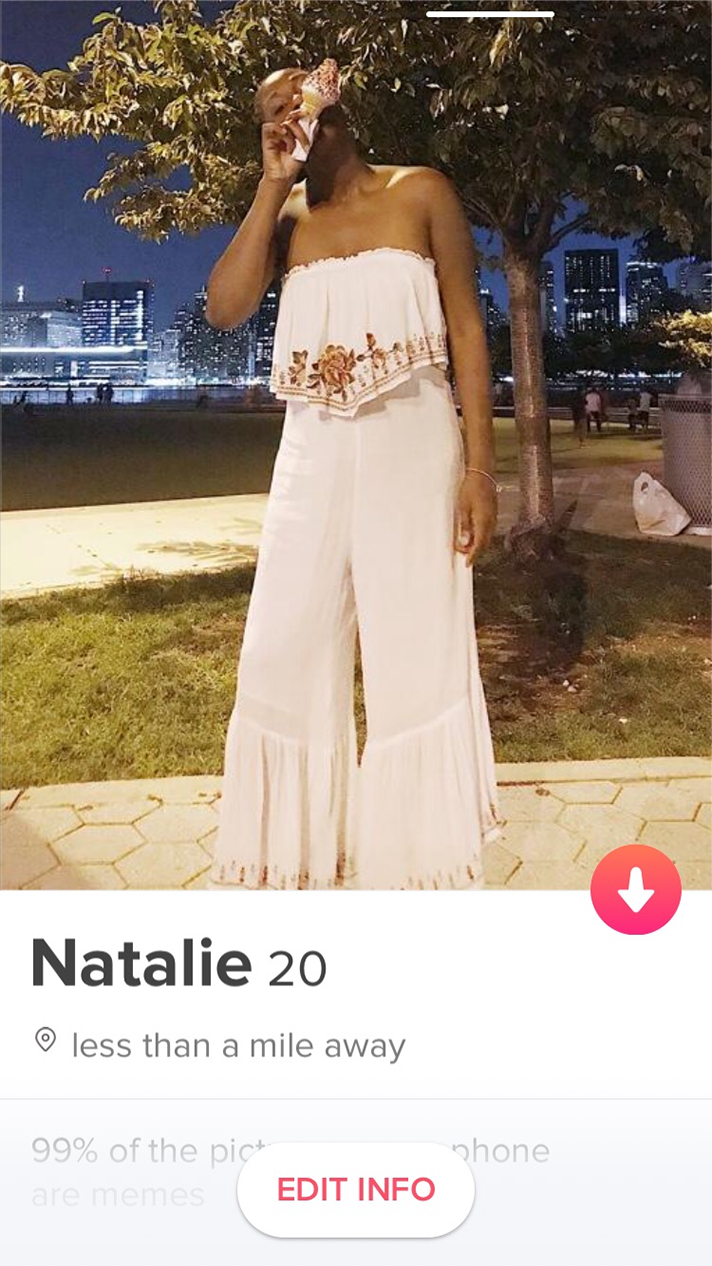 Oshima’s advice for Natalie was to include more smiling photos. “She’s got a beautiful smile,” Oshima says. She just wants to see more of it! Other fun photos that showcase her personality would be great, too.

And a few quick tips: