Grab your flannels kids, because grunge is back. Yes, the fashion side of the iconic ’90s movement spurred by Seattle rockers, brooders, and slackers made waves on both spring and fall 2013 runways with designers such as Phillip Lim, Hedi Slimane for Saint Laurent, and Riccardo Tisci for Givenchy putting their own spin on grungy staples. 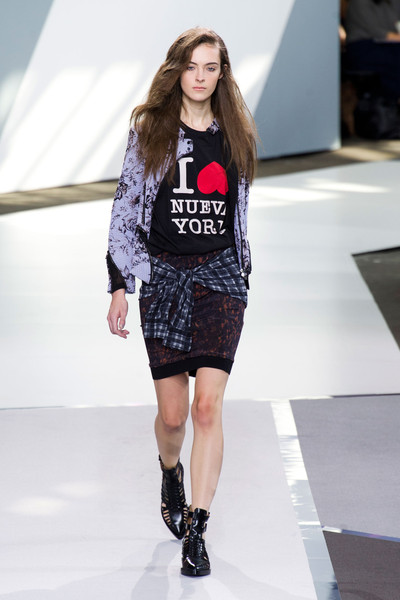 Granted, in the ’90s, the phenomenon was rooted in music, isolation, and cultural change, but we’re okay with 2013’s grunge redux being strictly about fashion, which it absolutely is as evidenced by the influx of bloggers, editors, and street style stars embracing facets of the the look.

One particular facet’s that been getting a lot of play during the last few months: The around-the-waist shirt wrap, which has been spotted on everyone from real-deal stars like Gwen Stefani (aw, nostalgic!) and Rihanna , to style stars like Margaret Zhang of Shine by Three, Elle Ferguson of They All Hate Us, and Danielle Bernstein of We Wore What, to name a few. 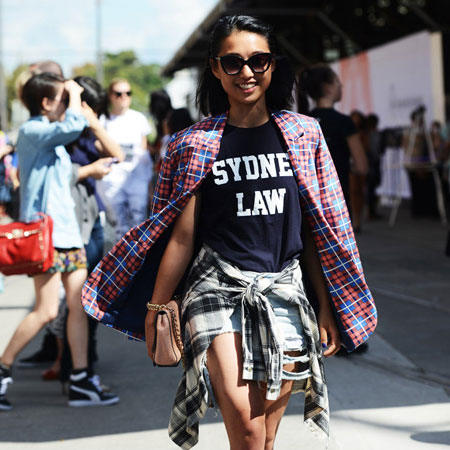 Margaret Zhang of Shine by Three

While flannel and plaid shirts are certainly at the forefront of the  waist-tie comeback, we’re also seeing other items like jackets (denim, leather, varsity), other types of button downs, and bulky sweatshirts wrapped, too. 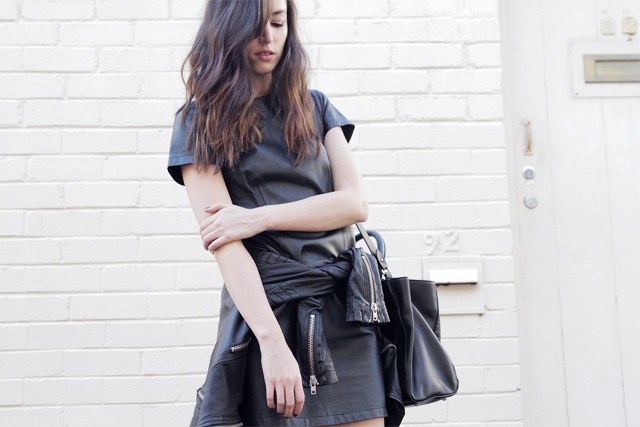 Photo via The Chronicles of Her 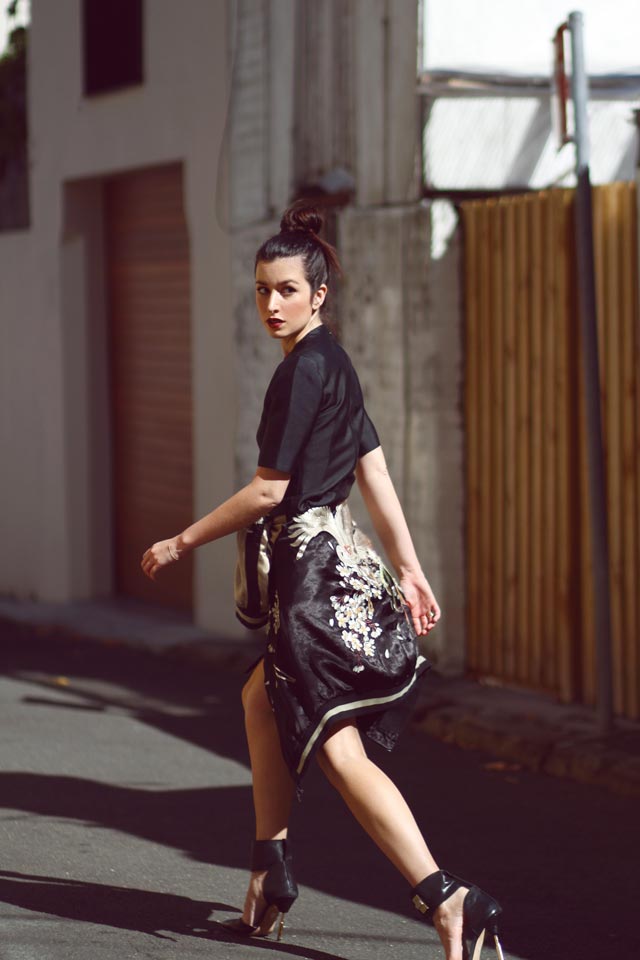 Photo via The Chronicles of Her

In the ’90s, the waist wrap was typically part of an entirely causal outfit (Converse or Doc Martens, old tees, thermal shirts, ripped jeans), and while that still holds up today, we’re also seeing tied shirts paired with polished staples like heels, tailored shorts, or mini-dresses, lending sleeker outfits a singular casual touch, as evidenced by Ferguson’s ensemble, below. 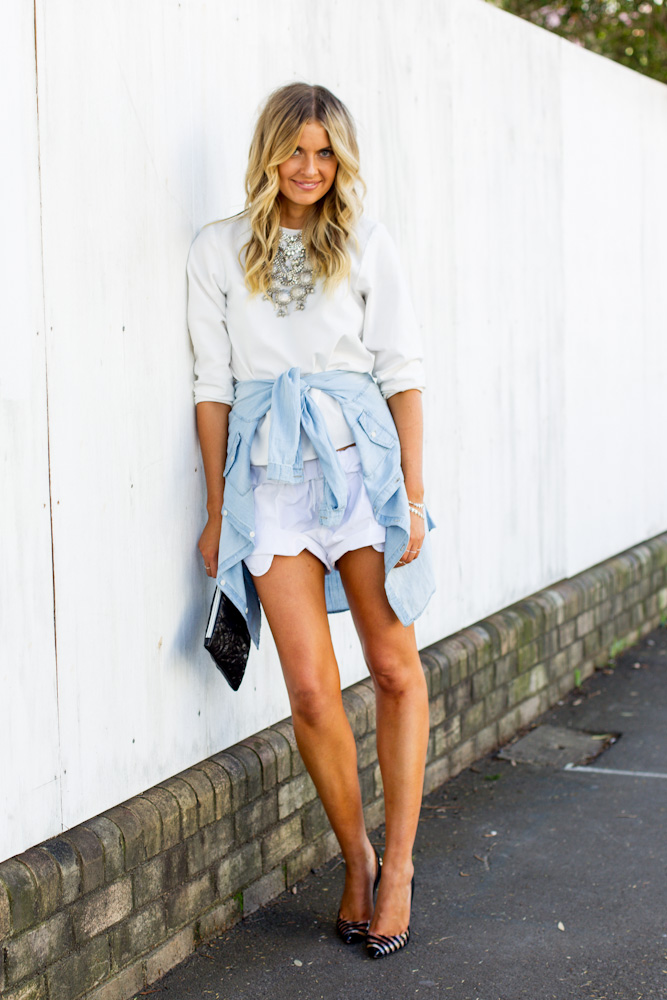 Elle Ferguson of They All Hate Us

We already spotted scores of girls testing out the trend during New York Fashion Week in February, and we have a feeling we’ll be seeing many more come September.

Do you tie your shirt around your waist? Let us know in the comments section below! 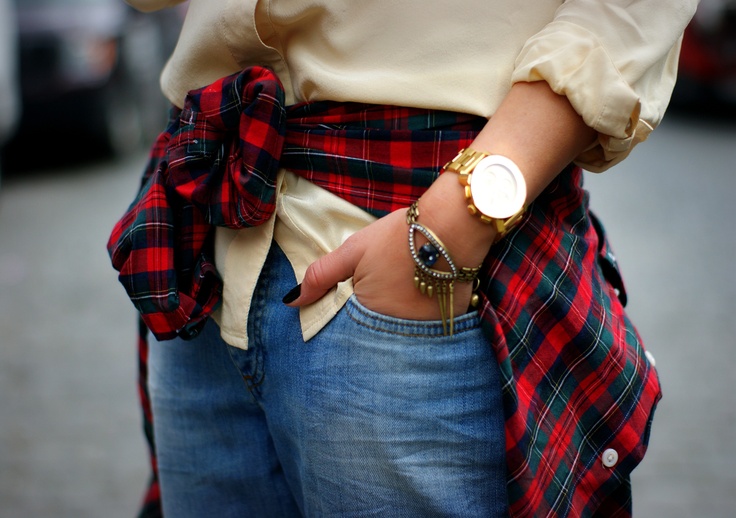 Danielle Bernstein of We Wore What 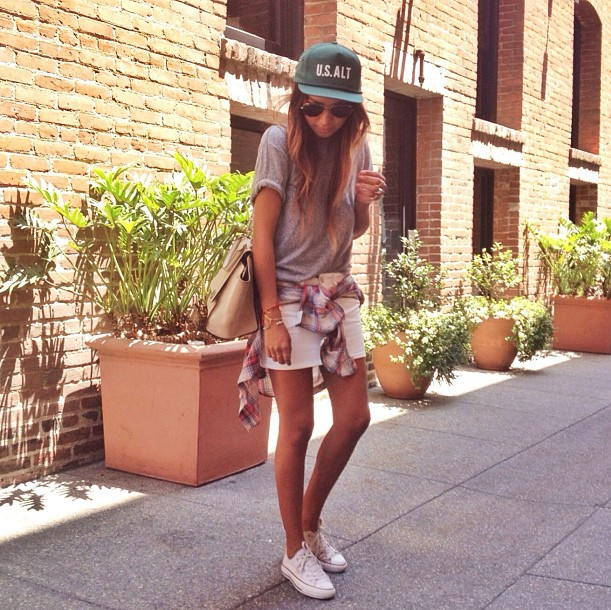 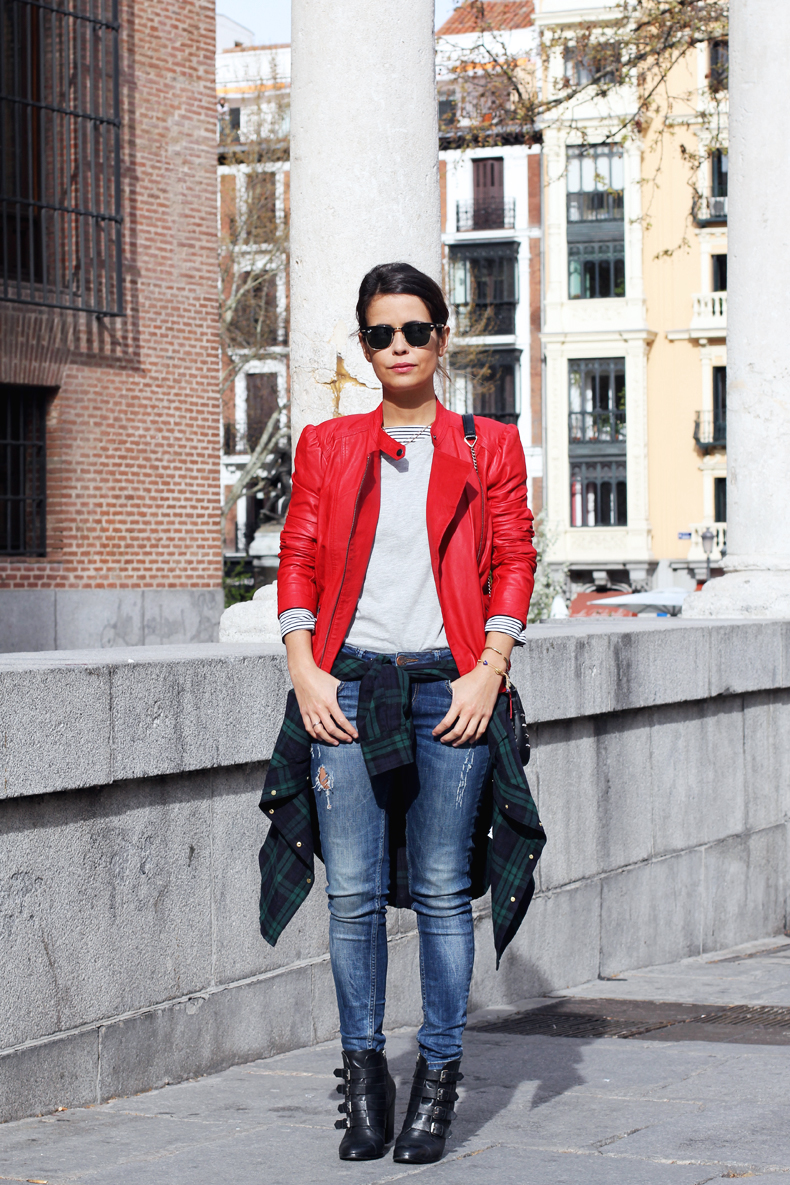 MORE: So Long, Sneaker Wedges: Why Slip-On Sneakers Are The Next Big Trend