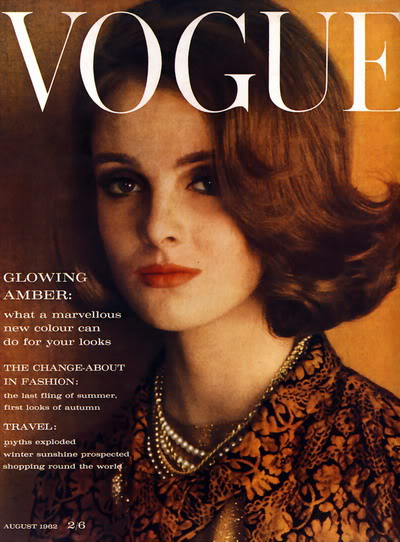 Last week, we featured a young Anna Wintour in 1970 as our #ThrowbackThursday, and this week we bring you her esteemed colleague, Vogue‘s creative director Grace Coddington.

Though Coddington’s most prominent work currently happens behind the scenes, the 71-year-old—who won the hearts of fashion fans after being featured in the 2009 documentary “The September Issue”—was a successful model a teenager, appearing in Vogue several times prior to a car accident in 1967 that left her without an eyelid. Following the accident, she left behind her modeling career to become one of the world’s foremost stylists, and hasn’t looked back.

Check out Grace’s 1962 cover of Vogue above, shot when she was only 21 years old—long before her trademark frizzy red locks were a fashion industry favorite.

MORE: #ThrowbackThursday: See What Anna Wintour Looked Like in 1970