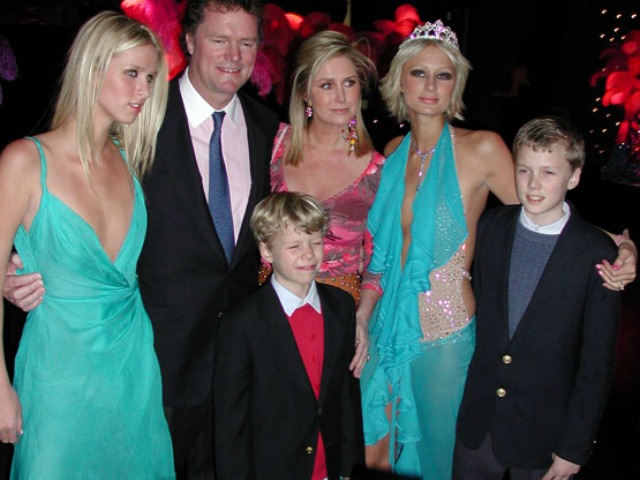 Paris Hilton was the ultimate “I don’t have a talent unless you count that tape” celebrity “it” girl before Kim Kardashain came on the scene. So it’s no surprise that when the heiress turned 21 back in 2002 she threw a birthday bash to remember. As a means to impress every guest (and every tabloid) Paris invited guests on a 5- day bender across the globe.
The Venue: We thought only her Majesty the Queen that could get away with having multiple birthday celebrations, however Paris Hilton blew her out of the water and threw a number of parties in five different locations spread out over different time zones—London, New York, Tokyo, Los Angeles, and Las Vegas. Her New York City escapade was held in the club room above Studio 54.
The Guests: Guests at the New York City event included Donald Trump and sons, P Diddy, Samantha Cole, Kris Jenner, and Faye Resnick. Of course, the entire Hilton brood was also in attendance.
The Dress: Ever since Hilton skyrocketed to fame her style has been the perfect mix of garish and expensive. Pictured flashing a lot of skin, Hilton’s choice of birthday attire to the NYC event was a low cut, high slit, backless, blue mermaid-esque ruffled dress, paired with a tiara of course. At the Los Angeles event, Hilton surprised guests in a sheer diamante-jeweled pink mini that showed visible underwear underneath.
The Food: The buffet for her New York City bash was catered by Le Cirque. Le Cirque’s Sirio Maccioni was among the guests invited to the party, but we have a feeling he spent most of the night making sure everything was running smoothly.
The Cake: Hilton’s birthday cake was placed on 21 tiers, all different heights, and comprised of multiple of colors including brown, orange, and pink. Considering her 30th birthday cake  cost over $3,000 we imagine this one to have cost much more.
The Cost: A whopping $75,000 was reportedly spent on each guest who attended the multi-day extravaganza. But daddy paid, so Hilton likely didn’t lose any sleep over it.