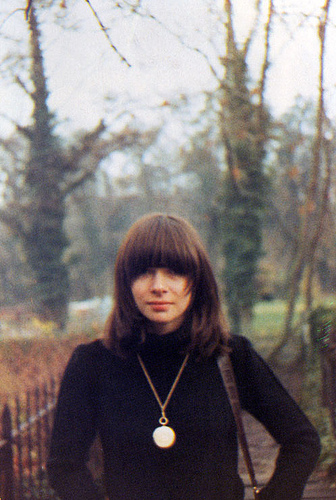 With Monday’s Met Gala celebrating the museum’s “Punk: Chaos to Couture” exhibit, who better to be this week’s #ThrowbackThursday subject than Anna Wintour, one of the event’s high-profile organizers and the woman at the helm of Vogue?

Long before Wintour was one of the most influential forces in the fashion world, she was a fashion-obsessed British girl who was the daughter of Charles Wintour, an influential editor of the London Evening Standard. We guess the whole “groundbreaking journalist” thing runs in the family!

These days, Wintour is a front-row fixture at fashion shows around the globe—and so is her trademark bob. In the retro photo above (taken in 1970), Anna still had a penchant for closely cropped hair with a thick fringe of bangs, but it was a bit longer and a bit darker—proving she’s always been a creature of habit.