One of the more common circumstances in which threesomes happen (or at least are talked about) is when a couple decides to add a third party to spice things up in the bedroom. You can see why it would seem hot or easy—just invite a friend or stranger to join you both in bed, add a relatively unknown factor to a familiar dynamic, and watch the fireworks happen. But it’s a little more complicated than that, according to loveologist and sex educator Wendy Strgar, author of Love that Works: A Guide to Enduring Intimacy . 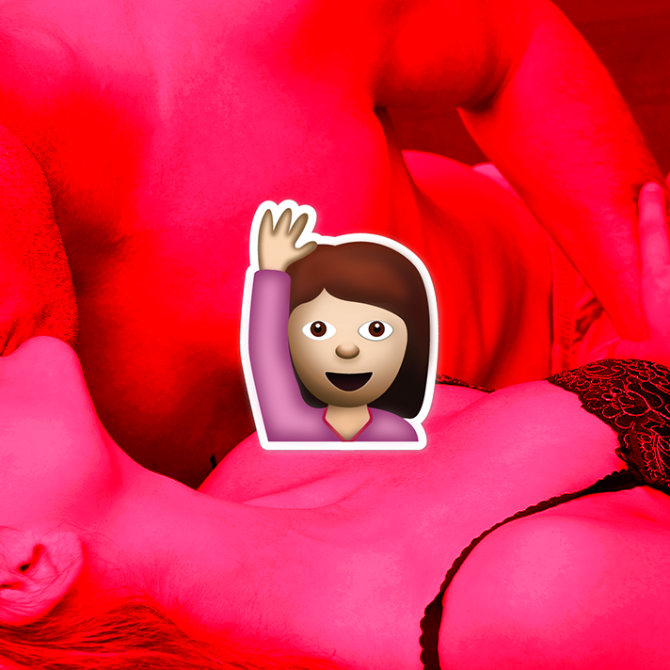 Keep it Loose in the Moment.

While you should have certain conversations, guidelines, and plenty of communication before and after a threesome, make sure that you don’t get too rigid about things in the moment. “Set up basic ethical rules, but not specific rules of conduct,” says Strgar. “Once you start to make too many rules, you’re stuck in this ‘leftover sex’ space, and no one really knows what to do. You don’t want to put too much off-limits beforehand, because that can actually mess with the sexual chemistry. If your relationship already has tenets of fairness and your partner is definitely interested in your pleasure and not just his or her own, everyone should get a turn at what’s pleasurable for them in the moment—no one should feel left out.” Of course, if there’s one specific thing that would really bug you or turn you off, and you know it, feel free to speak up in advance, just don’t get too controlling about it. If you feel the need to set too many rules, you’re probably not ready for this.

Have a Safe Word.

How to feel comfortable even without a specific set of rules heading into an unknown sexual encounter? Decide on a phrase that will hit the brakes on anything that’s not working for you in the moment. “There should be a code or safe word that the couple has that indicates this has gone too far for one person or the other,” says Strgar. Knowing you have this one word that can put a halt to anything that’s becoming too much for you will allow you to let down your guard, become less inhibited, and enjoy the moment safely.

Plan to Debrief After.

Since no one knows exactly what’s going to go down once all three of you are in bed together—that’s part of the fun of it!—make sure you and your partner spend time talking about the experience alone after the fact. “Discuss how you’re going to process what happened afterward,” says Strgar. “It might not go how you want or expect it to, but no one has the right to walk away until everyone has been heard. Understand that things are never the same after adding a powerful deepening of intimacy.” Whether it goes amazingly well or is kind of a flop, setting aside time to open up about how it was for both of you will bring you closer together either way.