Jennifer C. Holmes didn’t know she was playing Randall’s mom, Laurel, when she was first cast on This Is Us in 2016. “It was kept a secret,” she tells StyleCaster. “First off, her name wasn’t Laurel. It was ‘Young Woman.’ The script said, ‘Dangerous woman, sitting on a bus.’ On drugs is another way to put it. ‘Not in her right mind, sitting on a bus, writing in a journal.’”

Holmes made her debut on This Is Us in season 1, but it wasn’t until season 5, episode 6, on Tuesday, January 12, that viewers learned what happened to her. The premiere of season 5 ended on a cliffhanger when fans discovered that Randall’s birth mother, Laurel, was alive and didn’t die of a drug overdose like his father, William, believed. A second twist came in episode 5 when Randall learned that Laurel died of cancer two years ago and he would never have a chance to meet her. “I always hoped that they would tell Laurel’s story because I feel like she was misunderstood and needed to say her piece,” Holmes says. “Everyone needed to know who this woman was.”

Though Holmes understands fans who are upset that Randall will never meet his birth mother, she sees the silver lining in what Laurel’s life will remind Randall and viewers of.

“I was bummed too. This girl has experienced so much grief and loss in life. She just couldn’t catch a break,” she says. “It’s just sad that she never was able to connect with her son like the audience imagined she would. It’s heartbreaking because you’re rooting for her and you want her to have that peace. I was in the same boat as you guys. It was sad. But you know what? It makes you look at life like, wow, you have to try to live the best life you can because you never know.”

Ahead, Holmes talked to StyleCaster about why Laurel never found Randall, how Randall’s birth mother is similar to his adoptive mother, Rebecca, and what Randall’s life will be like now that he knows what happened to his birth mother. 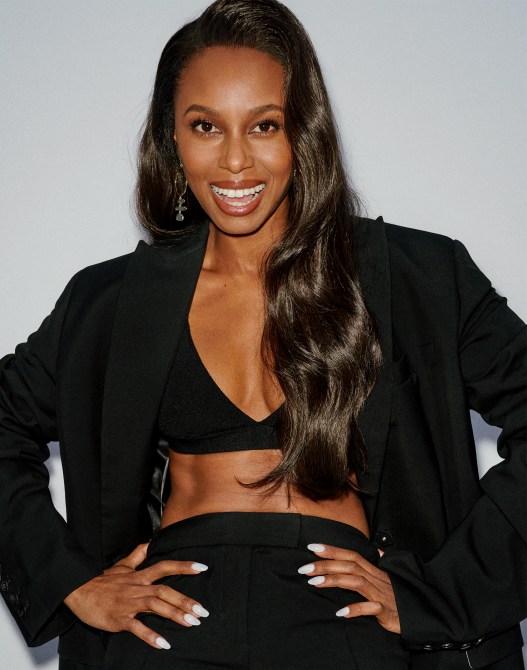 On her reaction to learning that Laurel was alive

On meeting Sterling K. Brown for the first time

“Sterling is amazing. He’s so humble. He has no ego. I was in the makeup trailer and he came up to me. He was like, ‘Hey, I’m Sterling.’ He introduced himself to me in season 1, but he re-introduced himself. He just told me, ‘You’re killing it. I’m so excited for everyone to hear and see this story of Laurel and you.’ We briefly talked and he was so amped about everything, which got me so excited just to know that we’re doing this together. He was nothing but gracious.”

Laurel wanted to provide the best life for her baby, just like any mother who’s pregnant would.”

On how Laurel and Rebecca are similar

“Laurel is similar in the fact that she has so much love for her baby. I don’t think people know that. I think people judge her for the choices that she made when it came to Randall, but just like Rebecca, she had so much joy and was so hopeful when she became pregnant with Randall. She was carrying life in her, so, just like Rebecca, she was excited yet scared because this is the first time she’s having a baby, and this is all new to her. But she was excited to be a mother and wanted to do anything for her baby. In season 5, episode 1 and 2, she talks about the open window with the light and going to the second floor because she wanted to provide the best life for her baby, just like any mother who’s pregnant would.”

On why Laurel doesn’t find Randall

“There are roadblocks that keep her from looking for Randall. Life happens. She’s hit with these roadblocks, and now she has to work her way out of it. I’m getting emotional talking about it because she wanted so desperately to look for Randall, but she was stopped with these roadblocks. She was taken to the hospital and to prison. And then there’s the fear and the shame that she felt as a mother. Was she even qualified now to be his mother? There was a lot of guilt played into that as well. There was a lot of self doubt and shame and regret.” 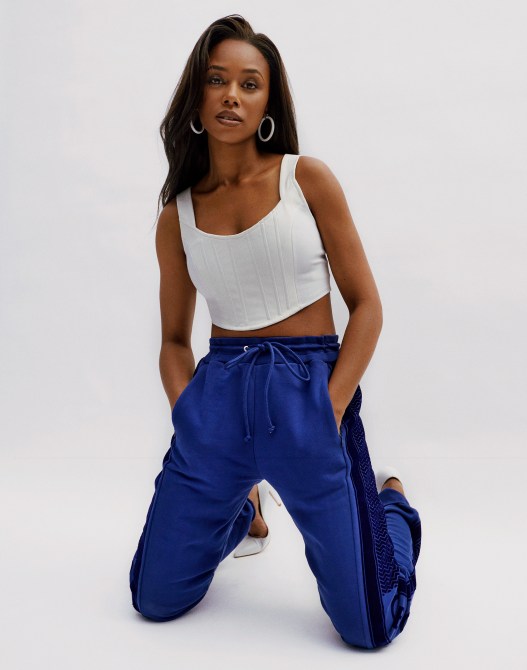 “We find identity in our parents. That’s our first look into who we are and where we’re going through. He didn’t have that. He has really bad anxiety, and maybe he wouldn’t have as much anxiety or self doubt as he does. Personally, I know people whose parents have either left them at an early age or they were put up for adoption and they feel a sense of identity loss in them. They’re constantly on a quest to find who they are. There’s also that hole that is missing of: Who am I? Where do I come from? Why do I have anxiety? Why do I speak like this? Why do I eat like this? Why do I walk like this? Where does this laughter come from? It’s because their parents’ blood is running through them, so some sort of form of their parents is going to come out in that person. I think his life would be different in the aspect of he would probably know who he is more.”

“It would change his life in the aspect of knowing who you are. If you know who you are, you know where you’re going. Being in a white family, they showed him so much love. He received so much love. At a young age, I think kids don’t see color. They just don’t. It’s so innocent and pure. But as you get older, adults and teenagers you go to school with remind you, like, ‘You’re a Black kid and you’re in a white family. How does that work out?’ He probably constantly had to prove himself and his worth. I think that’s why he had to be the best. Kevin has this saying, ‘What would Randall do?’ Because Randall always had to be the best at everything. He had no room to make mistakes because of the fear of being judged by his skin color and what people would say. Unlike his siblings, he always had to prove himself to others. I think that aspect would’ve been different if he wasn’t raised in a white family. The pressure wouldn’t be so much on him.”

On how Randall learning about his birth mother will affect him

“I think it will give him a sense of peace and hope and closure. Going into the other storylines, I’m not sure, but I feel like the weight will be lifted and there’ll be a little bit less anxiety because he’s finding out who his mother is and that’ll give him a sense of pride of knowing where you come from and a bit of closure of the blood that runs through you.”