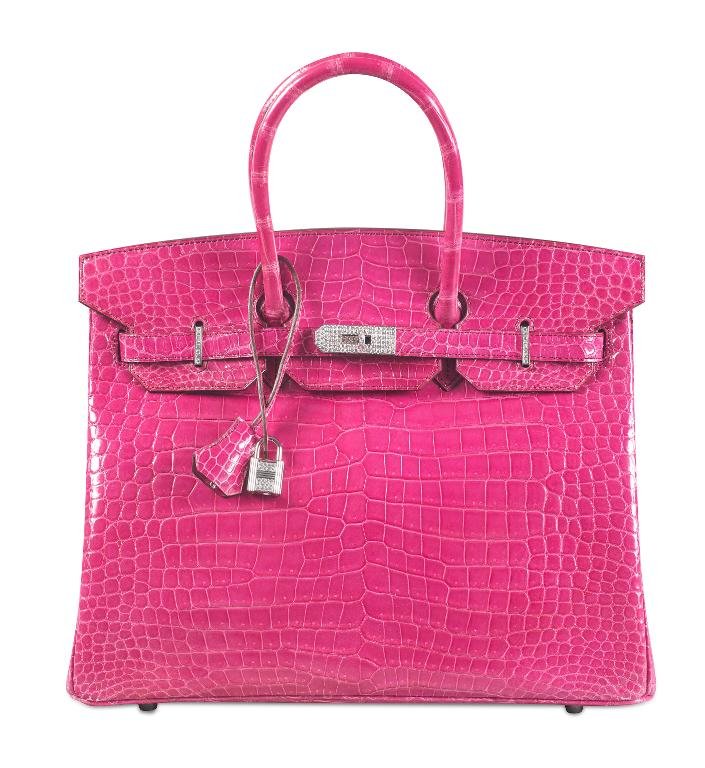 “It’s not a bag, it’s a Birkin,” Samantha Jones was famously told by a sales assistant in a 2001 episode of “Sex and the City.” That quip may have been uttered over a decade ago, but when it comes to status bags, the Birkin is still the most coveted–and, according to recent auction results—the most expensive.

A hot pink Hermès Birkin (which, in case you didn’t know, was named after the eternally cool French actress Jane Birkin) just broke the record for the most expensive handbag ever sold at auction, reeling in a mind-blowing $222,912 at Christie’s in Hong Kong.

So, what did the lucky winner get for nearly a quarter of a million bucks? According to the auction house, the Birkin features crocodile skin, 18-karat white gold and diamond hardware, and stands at a fairly modest 9.8 inches high. Another 300 designer bags sold at the same auction, including a black crocodile Hermès Kelly bag for $145,000–the most ever paid for that particular style at auction.

It should be noted that while the pink Birkin sold for a record-breaking amount at auction, Hermès actually sells other versions of the bag that are double the price.