Searching for a unique wedding venue is like trying to find a unique new topping for your avocado toast—it seems like everything has been done before. But one couple succeeded in a major way.

Ashley Schmieder and James Sissom took “ain’t no mountain high enough” literally in their quest for the perfect spot, eventually setting out on a three-week hiking trip in order to capture their special moment at Mount Everest’s base camp, a soaring 17,000 feet above sea level. Casual!

MORE:Are You a Toxic Partner? You Could Be Missing These Signs 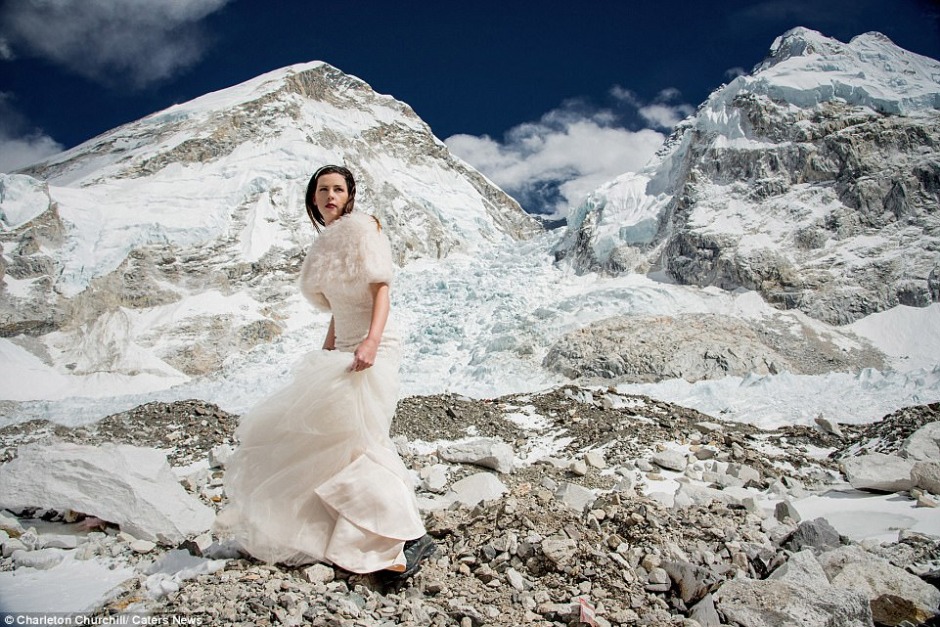 Originally from California, Schmieder and Sissom are avid hikers, previously climbing peaks as high as 14,000 feet. But for their nuptials, they wanted to go bigger than ever before, so they decided to make the trek up Mount Everest (I guess Mount Whitney just wouldn’t cut it when it came time to swear their undying allegiance to one another).

“As much as we would have loved to share our special day with our family and friends, we were both drawn to the idea of eloping during an incredible vacation,” Schmieder told the Daily Mail. The couple planned the trip for a year and traveled from California with their photographer, wedding dress and suit in tow. 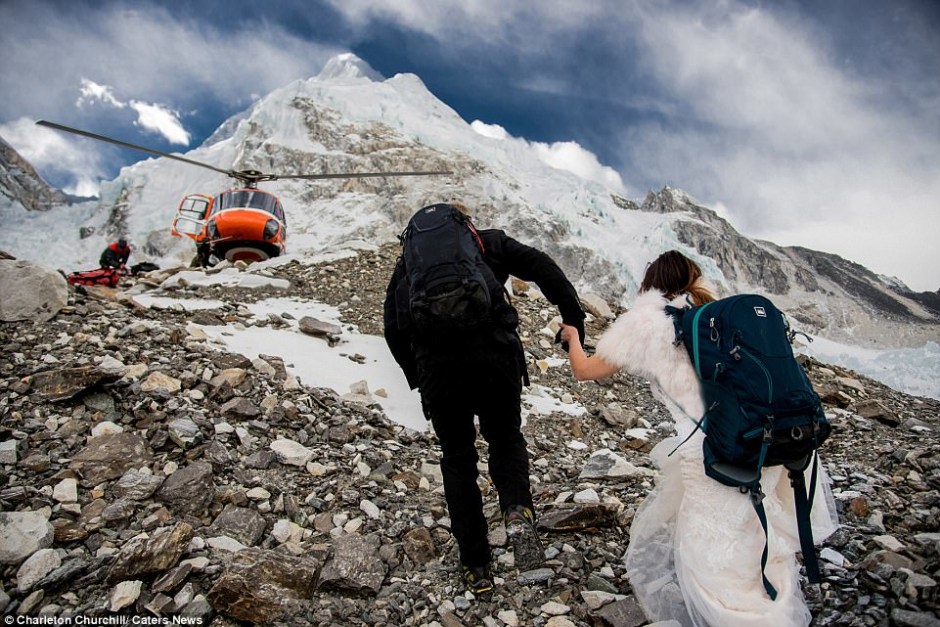 Wedding photography is pricy to begin with, but imagine how much you’d have to pay someone to hike through the Himalayas with you for three weeks just so they could take your picture for an hour or two at 17,000 feet. That ain’t chump change, kids (unless this guy did it gratis, knowing he’d get some great publicity out of it!).

The resulting pictures are, unsurprisingly, dream Instagram fodder. The contrast of the black suit and white dress against the blazing bright mountain snow and blue sky is striking, to say the least, and there are views for miles. 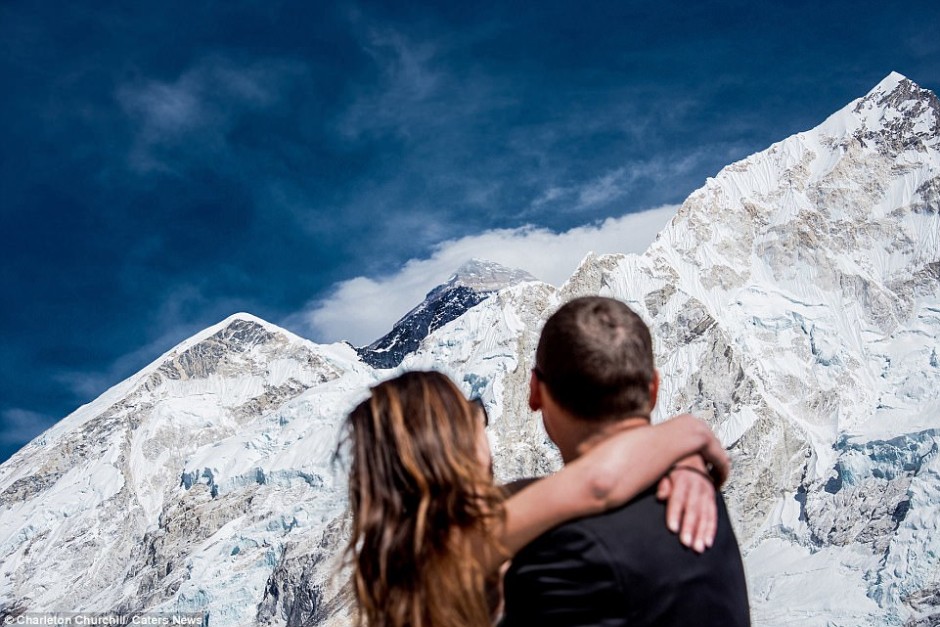 If a picture is worth a thousand words, these two could probably write an entire book about their experience (probably starting with something like “Holy shit, we were cold while these pictures were taken,” but that’s just speculation).

Not all of us can afford a once-in-a-lifetime vacation, adventure and wedding in one, but for those who can, it looks pretty epic. Here’s hoping the couple can look forward to a lifetime of love as grand as the soaring peaks of Mount Everest (or at least as nice as their wedding photos!).

MORE: The 8 Dos and Don’ts of Wearing Denim on Denim