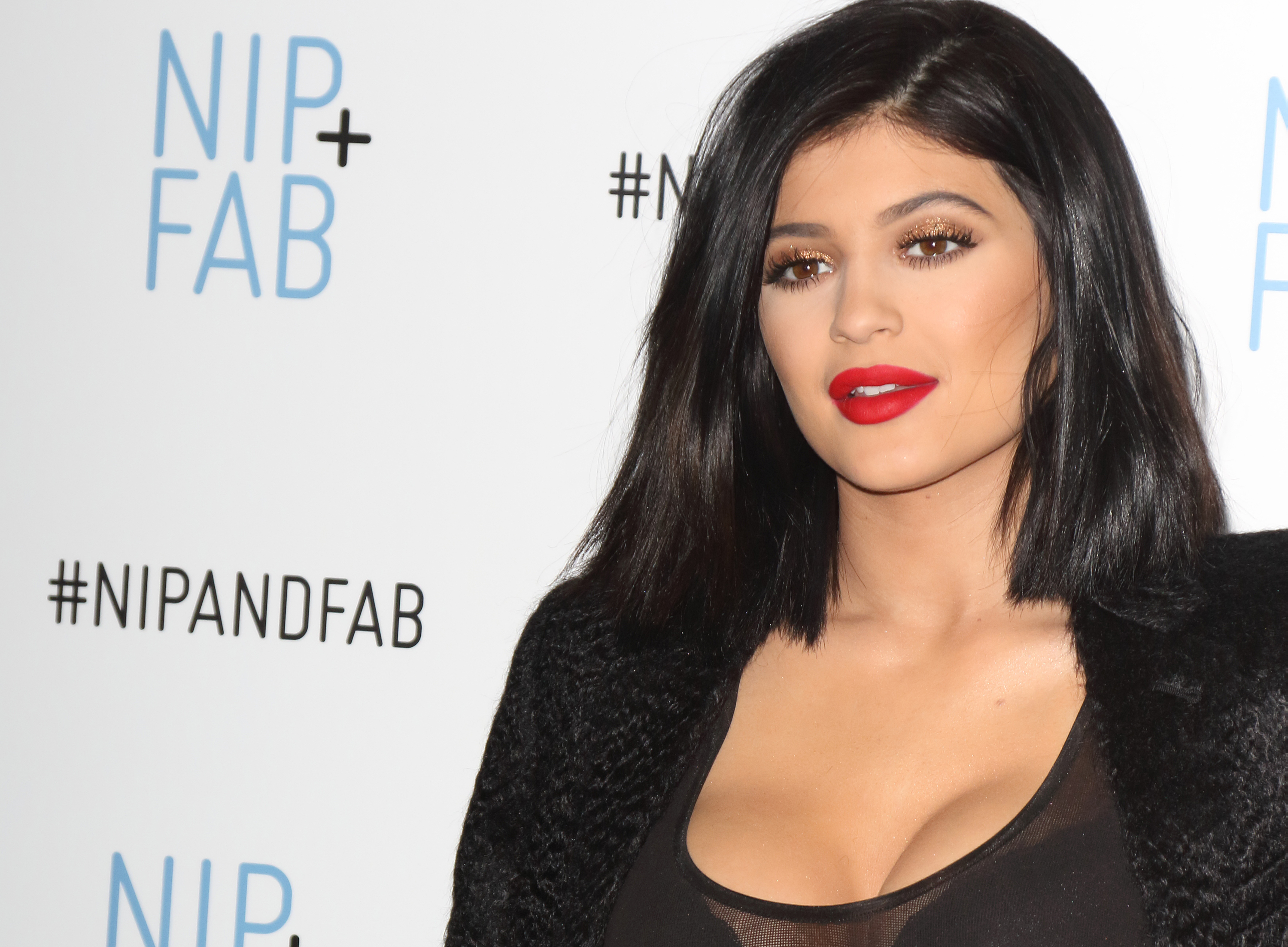 Out of the entire Jenner-Kardashian clan, Kylie is the one that confuses us the most. Despite the fact that she—for better or worse—seemed to go from teenager to sexed-up adult overnight, is constantly on our Instagram feeds, and is the queen of shameless self promotion, we still feel like we know almost nothing about her.

The youngest member of the reality dynasty is Teen Vogue‘s cover girl this month, and the magazine debuted her cover photo, bits of her interview, and some BTS video, we were curious—what does Kylie Jenner have to say? Will she finally clear up those Tyga rumors? Will she tell us what’s really going on with her lips? Any Kris Jenner gossip? What about her supposed music career?

MORE: Did Kylie Jenner Steal Her New Look From This Girl?

Well, none of the above happened, but here are 15 things we did learn about the 17-year-old:

1. She totally wanted to go platinum, but Kim stole her thunder. Now she’s “bored” of her hair.

2. She has “learned in life, that jewelry is everything.”

3. Speaking of jewelry, on the cover, Kylie is wearing 8 Cartier Love Bracelets–That’s over $50,000 on one wrist. #Same.

4. By the age of 25, she wants a “tiny little family.” Although, she also said that she needs “a million girls” because growing up with sisters “is the best.”

5. Kylie reads your Instagram comments–and will delete each photo and repost if there are too many negative ones.

6. She isn’t afraid to admit to that she stalks her ex’s. Also, like most 17 year olds, she still gets that teenage giddiness when someone she likes posts a new photo: “I’m not really obsessed with anyone except for the people that I like romantically. I get excited when they post.”

7. Everyone says she’s most like Kim, but she thinks she’s most similar to Khloe and Rob. Kourtney is like “another mother,” Khloe is her go to for “boy and family advice,” and she fails to mention Kendall.

8. She can rock the heck out of dreads, evidenced by how cool she looks on the cover and throughout the spread.

9. She claims that she “never really wears makeup.” Hmm.

10. But when she’s does, she really does. Kylie admits it takes over two hours to get glammed up—that includes, full makeup, lashes, curling hair, the works.

11. Kim and Kanye are her style icons. Shocker. But, she also draws fashion inspiration from tumblr and fashion blogs.

12. She actually bought a light on ebay for the perfect selfie— it sounds similar to a light used in photography studios, with a reflective umbrella over an extremely bright white bulb.

13. Sushi and Mexican food are her “things” — she cites Mr. Chow, Sugar Fish, and Casa Vega as some of her favorite L.A. restaurants.

Make sure to head over to Teen Vogue to get the full story.