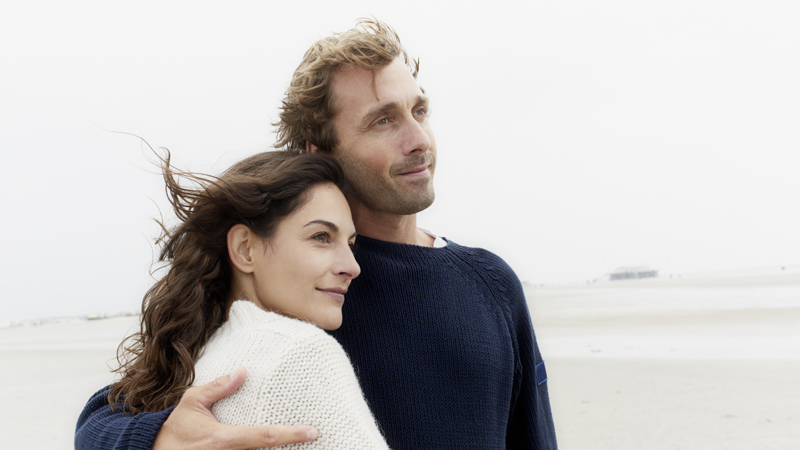 Marriage is pretty freakin’ awesome. It means you’ve found that person that you want to spend forever with—and chances are you celebrated that in a big way. But aside from all the unsolicited advice that brides and grooms are bombarded with, there are a few marriage truths that you probably won’t realize until you’re actually hitched. So we went straight to the source—married people—and asked them for the tips, truths, and life lessons that no one ever tells you about marriage:

“Everything doesn’t change after you get married. If you’re in the right relationship and you marry the right person the only thing that should change is maybe your last name and the box you check on forms.” —Karyn A.

“That whole ‘in sickness and in health’ thing will come up more than you think—like when you have to nurse him through a bad hangover or he has to help soothe your raging PMS. Now that’s lasting love.” —Lindsay K.

“Be friends, not clones of each other, and enjoy what you both bring to the table.” –Bill M.

“Marriage isn’t boring. You’ll be continually amazed by how much your husband surprises you with a new story, some ‘best friend’ you’ve never heard of, and some distant cousin whose name has never been mentioned.” —Meredith H.

“Something no one told me was that by marrying my husband I’d be marrying his family.” —Gabriela W.

“During a late night fight, don’t sit up for hours trying to find common ground just because the words “Never go to bed angry” are beaten into your heads. The longer you fight, the more irritable you’ll get and one of you will say something you’ll regret. Just lay down and everything will be clearer in the morning.” —Karen D.

“You have to be OK with each other having some alone time each day and guy time and girl time without each other, often.” —Nathon J.

“Keep the fights clean and the sex dirty!” —Sarah S.

“No one ever told me that I would be comfortable passing gas, vomiting, or even pooping around my husband. It sounds silly, but I was terrified to do any of these things around a man.” —Anissa P.

“Don’t take each other too seriously. It leads to arguments.” —Ella S.

“That you have to continue to date each other even after you get married and have kids. It’ll always be important to get dressed up, go out, have fun together, and remember why you got married in the first place.” —Amy S.

“Your relationship will get even better after you get married! You might have so much fun together that you’ll give yourselves years to just enjoy being married before you have kids.” —Heather S.

“You don’t realize how insanely nuts his little habits like singing in the morning and whistling will make you. But eventually you’ll start to like them.” —Keely W.

“You’ll be shocked by how outsiders seem to view your relationship as being way more serious now and how eager they’ll be for you to have kids right away.” —Madeleine B.