The year is 2005. Carrie Underwood is the winner of the fourth season of American Idol. Kelly Clarkson has three songs in the top 10 of the Billboard Hot 100. And Jennifer Hudson is on the road to win an Oscar for her role in the movie adaptation of Dreamgirls.

The time was different. American Idol was one of the most watched shows on primetime. It had ratings comparable to Friends, ER and The West Wing, and it was a bonafide starmaker that turned virtual unknowns into household names. Fast forward to 15 years later, and American Idol is far from the ratings behemoth it used to be. The judges have been replaced by Katy Perry, Lionel Richie and Luke Bryan, and the show has moved networks from FOX to ABC. But perhaps the most noticeable difference is the lack of superstars born from what was once the premier singing competition on TV.

American Idol isn’t alone either. The Voice, which premieres its 18th season on February 24, has yet to produce a contestant at the caliber of Clarkson. Though it’s had small hits of fame with contestants like Cassadee Pope (who’s had mild success on country radio) and Melanie Martinez (whose sophomore album debuted at No. 3 on the Billboard charts), many of The Voice’s winners have come and gone once they left the show’s diamond-shaped stage. But that doesn’t mean that The Voice hasn’t launched any household names in its nine years on TV. While viewers were focused on the contestants behind the microphone, The Voice’s coaches sat offstage in their red swivel chairs as their stock (and Instagram followers) continued to rise. 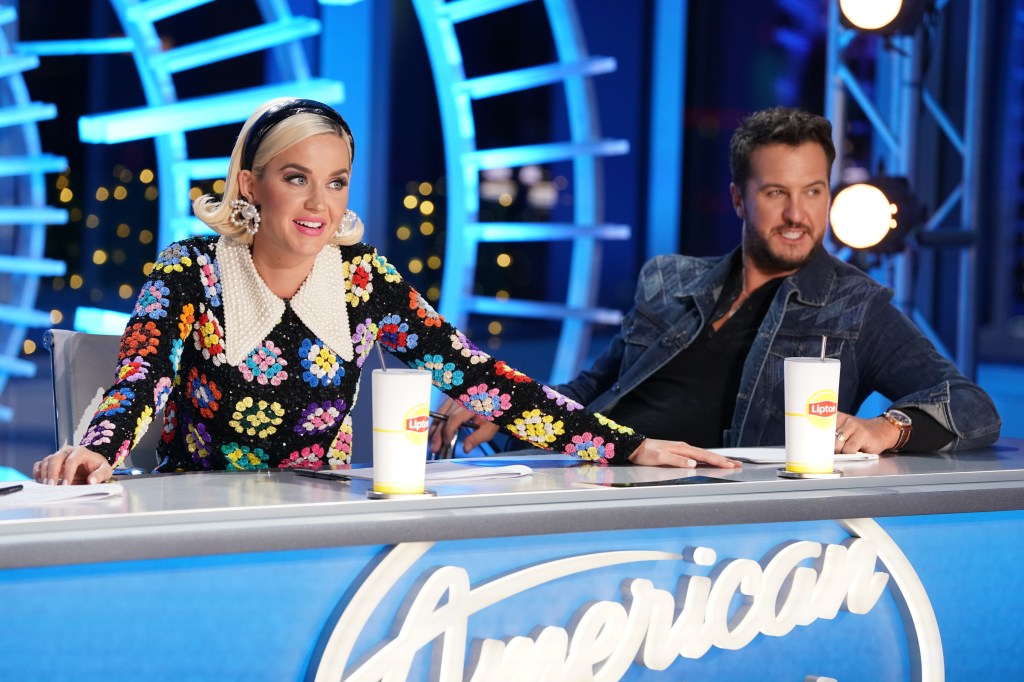 In its 18 seasons, The Voice has had 14 full-time coaches, each with salaries in the millions. The Wrap reported in 2016 that Blake Shelton and Adam Levine, two coaches who were on The Voice since its debut, made $13 million a season, which accounted for $26 million a year given The Voice’s two seasons each year. (Other outlets claim that Shelton and his girlfriend, fellow coach Gwen Stefani, received pay bonuses to show their romance on TV, while The Hollywood Reporter wrote that Levine turned down an offer that would’ve paid him $30 million a year before he left The Voice in 2019.)

The real winners of televised singing competitions aren’t the contestants surrounded by confetti on finale night.

But it’s not all about the money. Though all The Voice coaches were established stars before they sat behind the iconic red button, many have been open about how the show accelerated the course of their careers. A month after The Voice’s season 1 finale in 2011, Shelton released his first No. 1 album on the Billboard charts. (His last album before The Voice peaked at No. 34.) Since Levine started as a coach on The Voice, Maroon 5 has had 12 top 10 hits (quadruple of what they had before the frontman’s TV career). In 2018, four years after her Voice debut, Stefani started her first Las Vegas residency.

“[The Voice] launched me into the bizarre territory of being, I guess for lack of a better phrase, a household name,” Levine told Apple Music’s Beats 1 in 2019. “So then people’s grandparents know who you are, and then you know, it’s a different thing.” 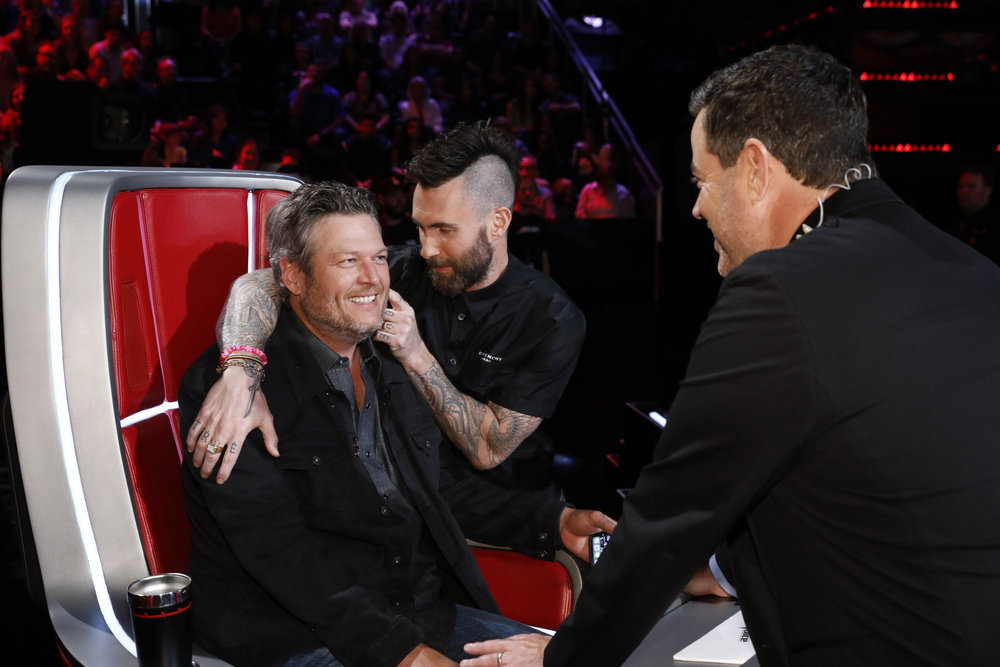 Viewers saw a similar effect for the judges of American Idol after the show became a surprise success in 2002. Judges Simon Cowell and Randy Jackson went from behind-the-scenes executives to camera-ready personalities, who have written memoirs and been spoofed on Saturday Night Live. Idol’s host, Ryan Seacrest, has also become a household name, going from an unknown TV reporter to the face of E!, the cohost of his own talk show and producer behind reality shows like Keeping Up With Kardashians. As for Idol’s third judge, Paula Abdul was already a recognizable name when the show premiered. But like the coaches on The Voice, her career saw a noticeable boost thanks to Idol’s popularity.

It’s too soon to tell how the careers of Perry, Richie and Bryan will change because of their face time on Idol, but based on their reported multimillion-dollar salaries (Page Six claims that Perry makes $25 million a season), it’s clear that the three have already benefited from the singing competition effect. 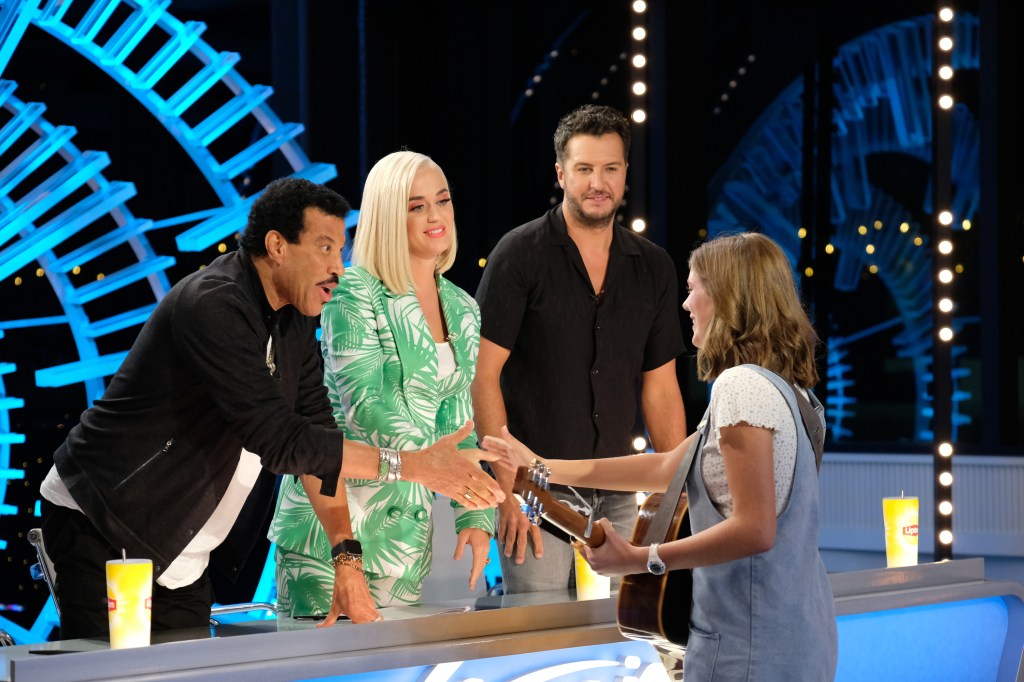 Long are the days when shows like American Idol and The Voice create stars. It’s been more than a decade since the last Adam Lambert-type contestant rose to fame, and the last three winners of The Voice have a total of less than $300,000 Instagram followers—a fraction of what the early American Idol winners have. But that isn’t to say that these shows haven’t succeeded in their jobs. The real winners of televised singing competitions aren’t the contestants surrounded by confetti on finale night but the judges and coaches that viewers fall in love with in the process. Sure, the $100,000 prize at the end of the season is nice, but the more expensive reward is the free publicity (and eight-figure salary) that the judges and coaches receive for a couple hours of screen time each week.

It’s hard to say if any real American Idols or Voices have been discovered in recent years, but it’s clear that singing competitions don’t need Kelly Clarkson-level winners to carry on. All they need is a good coach.

The Voice airs Mondays and Tuesdays on NBC. Here’s how to watch it for free.