The Umbrella Academy season 2 picks up immediately after the end of season 1 when the Umbrella Academy—Vanya, Allison, Five, Luther, Diego, Klaus and the ghost of Ben—fail to stop the apocalypse. And so they must travel back in time powers to reverse what they had done. After Five transports them back in time, the Umbrella Academy finds themselves in Dallas, Texas, in different years in the 1960s. Klaus and Ben were the first to arrive. Followed by Allison and then Luther. Diego and Vanya were next. And then Five came. Five arrived in the middle of a nuclear war between the U.S. and the Soviet Union. As bullets and missiles fly everywhere, Five finds his family, who are in the middle of an epic fight. But it’s not enough, as another apocalypse ends up killing the whole world on November 25, 1963.

Before Five dies, however, a mystery man comes and time travels him away to 10 days earlier. The man tells him that he has 10 days to stop the apocalypse before three white-haired triplets shoot the man and kill him. Before he dies, however, the man gives Five a tape, which would soon become a crucial clue to finding how to stop the apocalypse. Before he does that, however, Five must find the rest of his siblings who are scattered across Dallas: Diego is in a mental institution with an English woman named Lila; Allison is married and is a Civil Rights activist; Klaus and Ben are on a road trip after Klaus accidentally becomes a cult leader; Luther is an underground boxer; and Vanya, who doesn’t remember anything and doesn’t know she has powers, is a caretaker for a young boy and lives with him and his parents on a farm. After Five finds some of his siblings, he discovers a tape in his pocket. The tape is footage of John F. Kennedy’s assassination six days in the future. The tape also shows the Umbrella Academy’s dad, Hargreeves, whom Five tries to find, believing that he’s a clue to stop the apocalypse. 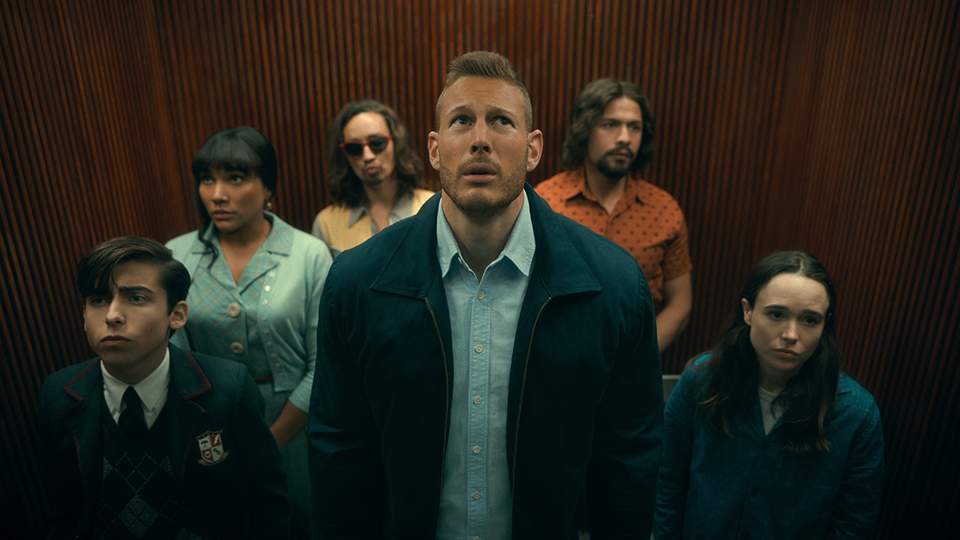 Unbeknownst to the rest of the Umbrella Academy, we soon learn that the Handler is alive after she survives a murder. We also learn that Lila, Diego’s friend, is her adopted daughter. The Handler adopted Lila after her parents were killed in a mission many years ago. When the Umbrella Academy reunite, they receive a letter from their dad to meet. However, their meeting doesn’t go as planned, as Hargreeves doesn’t seem to know who they are or why they have powers. Five then makes a eal with the Handler, who tells him that she will give him a suitcase for him and his siblings to go home if Five kills the board. And so he does, but the Handler forgets to tell him that he only has 90 minutes to round up his siblings and travel forward in time. Most of the Umbrella Academy meets Five, but Vanya, not wanting to leave the boy she’s taking care of and Sissy, the boy’s mom who she starts a romantic relationship with in secret without Sissy’s abusive husband knowing, asks them to come with her. On the way to meet Five, however, Vanya and Sissy are stopped by a police officer. The next she knows, Vanya is in FBI custody under the suspicion that she’s a Russian spy. When JFK doesn’t die on the day he was supposed to be assassinated, Five realizes that the explosion that leads to the Soviet war and doomsday wasn’t just any old explosion but one created by Vanya, and so the Umbrella Academy members rush to help Vanya, who’s lost control of her powers due to the emotional trauma of the FBI interrogation.

To stop her from causing an apocalypse, Ben appears and calms Vanya down. As he does this, Vanya remembers her past and takes control of her powers. But Ben, who tells Vanya that he’s overstayed his time on earth through Klaus, tells Vanya that he must officially leave now as he evaporates away. Time is reversed again, and this time, JFK does die (which means that Umbrella Academy had successfully stopped the apocalypse) but Hargreeves is nowhere to be found on the day of his assassination. The FBI then believes that the Umbrella Academy is behind JFK’s assassination, and they must flee back to the future. However, Vanya refuses to leave without Sissy and her son, so the Umbrella Academy accompanies her to Sissy’s farm, where they find chaos. Like Vanya, Sissy’s son also has powers and deflected a bullet that his dad shot to kill him. The Umbrella Academy comes across Sissy’s son as he’s stuck in a vortex of his own powers. 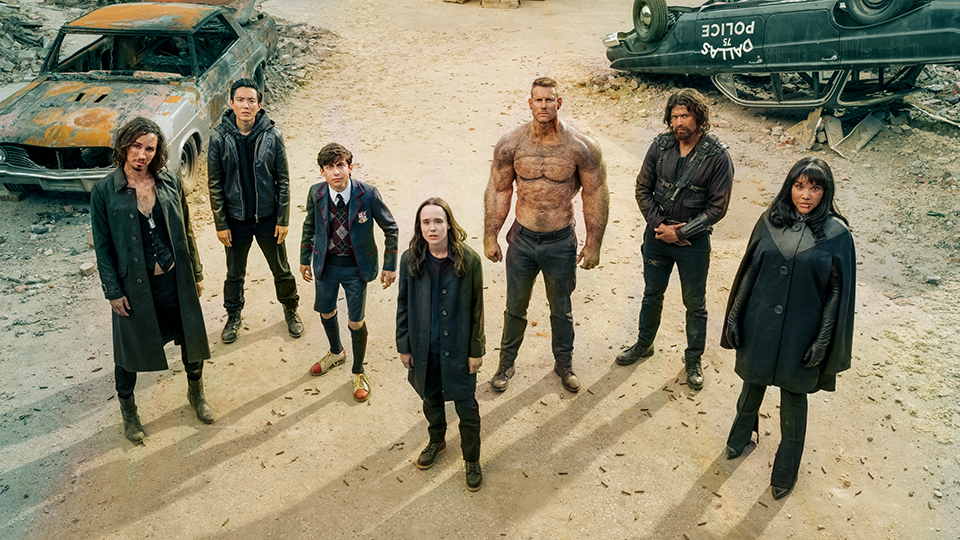 Vanya tries to convince Sissy and her son to come to the future with them, but they decline because the Academy’s life is too dangerous. Vanya understands and rejoins her siblings as they travel back to 2019. However, once they arrive back at the Academy, they realize something seems different. For one, Hargreeves is alive and doesn’t recognize them. Next Ben is alive and asks Hargreeves who his siblings are. The season ends with silhouetted figures on the second level of the Academy, as the siblings realize that they messed up the timeline.