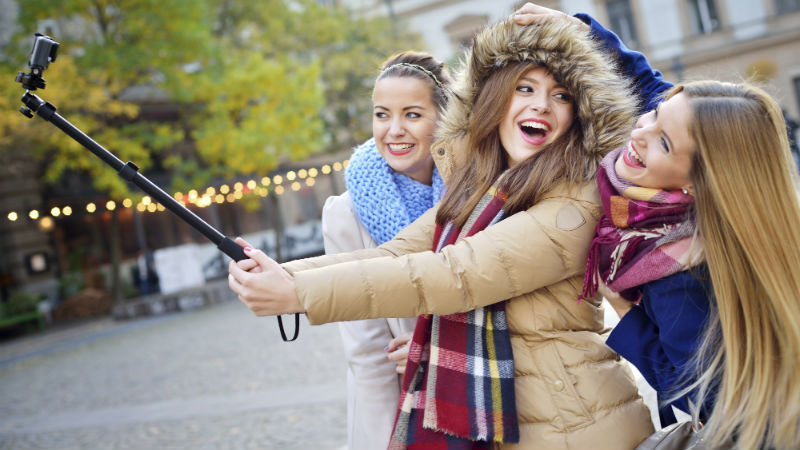 This year’s Christmas “it” item wasn’t the latest incarnation of a Furby, or a smartwatch—it was a selfie stick. Cue eye-rolling—unless you’re one of the many, many people who bought one.

Various types of selfie sticks—literal sticks that attach to your phone so you can snap photos of yourself without typical selfie angles—were for sale this holiday season including options with Bluetooth remotes that trigger the camera, or others with a timer to take the shot. Some sticks on the market extend as long as four feet.

Time magazine hailed the selfie stick—which typically retails for between $10 to $50—the invention of 2014. And on Christmas Day, the hashtag #selfiestick was trending on Twitter, with people posting photos of themselves with one after receiving it as a gift.

Bloomberg News is reporting that around 100,000 selfie sticks sold in the U.S. in December alone. “It was one of the most popular Christmas gifts this year,” Andy Brennan, an analyst at IBISWorld told Bloomberg. “Every retailer I spoke with about selfie sticks sold out and had to resupply,” he said.

MORE: How to Edit Your Selfies

One such retailer? Nordstrom, which began carrying the Selfie On a Stick model starting in late November, had to re-order it twice before Christmas hit, and still sold out of it.