Throughout high school, I’d often receive the same question at every family gathering: “Who are you taking to prom?”

“I don’t have a date yet,” I’d respond with nervous laughter.

Little did my family know that I wouldn’t find a nice boy to go to prom with because I was gay. At the time, I wasn’t out to anyone besides my twin sister. Similar to the characters in Netflix’s The Prom, I was afraid to come out to my friends and family due to the fear of judgment.

Prom, based on the 2018 Broadway musical of the same name, takes viewers through the life of Emma Nolan, a high school student, in Edgewater, Indiana, who wants to go to prom with a girl. Due to her small town’s conservative views, this causes an uproar among the community, which catches the attention of Broadway stars Dee Dee Allen and Barry Glickman. The two, along with their Broadway companions, Angie Dickinson and Trent Oliver, rally to support Emma and help her to create an inclusive prom where everyone is welcome, regardless of who they love. While they faced some hardships along the way, Emma was able to attend the prom she envisioned with Alyssa Greene, a popular cheerleader at her high school and her secret girlfriend of one and a half years. 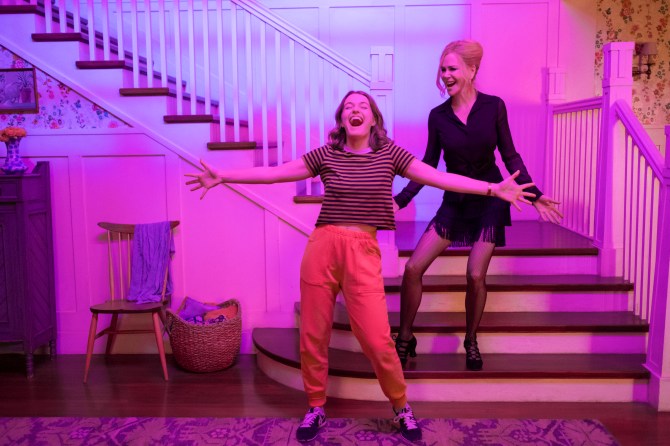 My prom experience was nothing like what happened in The Prom besides the fact that I wore a sparkly purple dress. In high school, I acted like everything was fine when it wasn’t. It was easier to do that than be my authentic self. There weren’t any openly gay girls at my school like Emma to look up to, and I sure wasn’t going to be the first.

In high school, I acted like everything was fine when it wasn’t.

As prom approached, every girl in my class couldn’t stop talking about their dates and the Instagram-worthy promposals they received. That was something I didn’t get to experience. While I had a date to the prom, it wasn’t with a girl. It was a pity date that my mom had arranged for me with one of her friends’ sons. He wasn’t a bad guy, and to this day we’re still friends, but he just was not the ideal date I had in mind for prom. My prom was held at Chelsea Piers in New York City right along the water. It was scenic, elegant and not your typical prom at a high school gym. There was thought put into every aspect from the food to the music, but making sure all students felt included was not on that list. 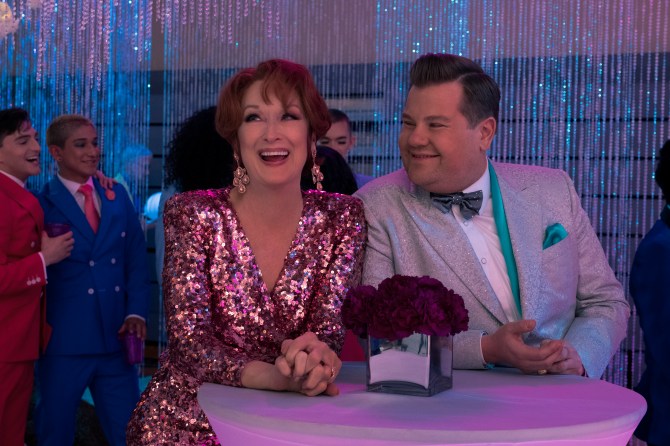 After watching The Prom, I realized what I was missing both growing up and while in high school. I didn’t have access to queer stories and actors that I could look up to and emulate as a teen. If I would have seen this musical during my senior year of high school, I probably would have advocated for myself more openly. My impressionable younger self would have said, “If Emma can do it, well, so can I.”

I didn’t know I was allowed to give myself the permission to love who I wanted and be open about it.

I didn’t feel like I had the right to be myself since I wasn’t like everyone else. I didn’t know I was allowed to give myself the permission to love who I wanted and be open about it. This representation could have inspired me to come out and find my tribe like Glickman and his Broadway gang to back me up and be there to pick me up when I fell.

Also, if I would have heard the story of how Glickman regretted not having the courage to come out and go to his prom that likely would have inspired me to live with no regrets. In a way, this film could have taught my younger self lessons about how you only miss the opportunities you don’t take. I can only imagine that I would have had more support from my peers and family members because of how influential the media is in shaping viewers’ beliefs and opinions. 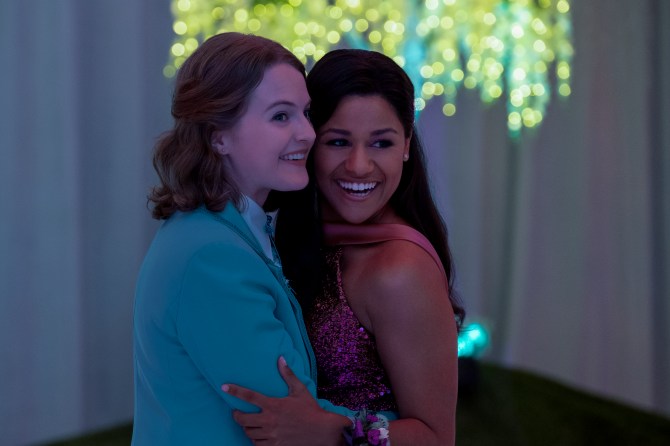 The film’s cast of older straight allies, such as Allen and Dickinson, was able to touch the heartstrings of older audience members who might be stuck in their ways. If distant relatives of mine could have watched this movie with A-list actresses supporting the LGBTQ movement, that may have been enough to lead them to do the same.

While it’s overly optimistic to say that The Prom will change everyone’s high school prom experience, I feel like it’s safe to say that it is a start in the right direction. As long as authentic queer stories continue to hit the big screens, more teenagers will be able to enjoy high school being who they are. Prom is an event that everyone deserves to enjoy and this film shows that it is possible to celebrate our differences and grow while doing so.