The day after The Politician season 2 finished filming at the end of February, Laura Dreyfuss flew to South Africa for a wedding with her boyfriend, whose family is from there. She only expected to stay in South Africa for one or two weeks. But then quarantine started, and she’s been there ever since.

“We had two nieces and nephews make a red carpet, and they made me walk down it,” Dreyfuss tells StyleCaster about how she celebrated The Politician season 2 premiere. “It was really cute.”

For Dreyfuss, one of the more powerful episodes of season 2 is episode 5, which shows the election between Payton and New York State Senate Majority Leader Dede Standish from two perspectives: a mother and a daughter. The episode, which mirrors Dreyfuss’ own experience with her mother and Hillary Clinton during the 2016 Presidential election, ends with the mother character changing her vote from Dede to Payton, the less-experienced but more promising candidate. 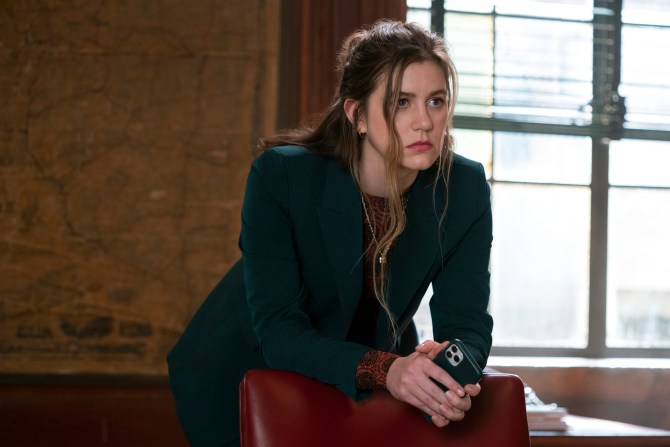 “I had a very similar experience with my mother during the election. She wasn’t gung-ho on Hillary, and I was a full-on Hillary supporter. My mother would never vote for Trump. She almost wasn’t sure she was going to vote, which seems crazy,” Dreyfuss recalls. “I remember having a full-on discussion with her where I was like, ‘Mom, you’re going to be a part of history if you vote. You can’t just be thinking of yourself. You have to be thinking about other people in this world and what this will do for them.’ My mom had a full reckoning. It was a powerful moment in the episode because you realized that no one is beyond having their minds changed about something.”

Ahead, Dreyfuss talked to StyleCaster about starring with Ben Platt in Dear Evan Hansen and The Politician, the power of the younger generation’s vote and her hopes for The Politician season 3.

“It was equal parts terrifying and wonderful. I probably knew Ian the most from Glee because he was on set the most. I was only in the last season, so by the time I was on Glee, Ryan wasn’t really around, so I didn’t know him well. The audition was like seeing a room full of friendly faces but also realizing that I didn’t want to be bad because I really respect these people. I felt I had some sort of duty to be good and it was probably more pressure than I would’ve felt otherwise. At the same time, it was also a very safe room and I felt very comfortable.”

“I knew Ben was doing it before any auditions were even happening, but it didn’t even cross my mind until I got the audition. Even in the back of my mind, I was like, ‘This would honestly be too crazy. I’m probably not going to get this.’ Then when I started screen testing, Ben and I were texting and we were just like, ‘This would be wild if this actually happened!’

Because he’s an executive producer, he already knew when I told him I got the part, which was funny. When I got the call, I texted him and freaked out. And he was like, ‘Yeah. I know. I couldn’t wait to tell you.’ Both of us were completely amazed it ended up happening. It felt like one of those amazing universe moments where you’re able to work together again.”

On how McAfee is inspired by a young Gloria Steinem

“You can definitely tell McAfee idolizes people like Gloria Steinem. At the same time, there’s a carelessness about everything she does. She’s so focused on work. She doesn’t always have time to do her hair, so her hair is always messy. She’s throwing on a suit to be presentable, but she’s focused on the task at hand. Someone like a young Gloria Steinem was definitely the inspiration. McAfee’s personality is so her own that it was fun to build on the writing that was in front of me and play with the people in the room.” 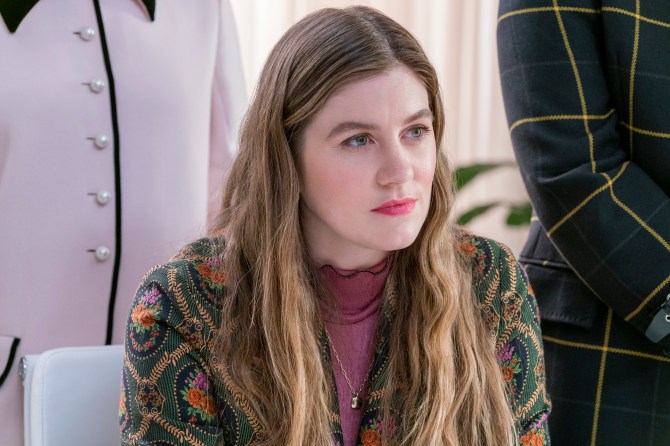 On if McAfee would ever run for political office

“With any campaign, you have people who—I don’t want to say they’re the brains behind the operation—but you need to have the charismatic figure who’s leading everything. With each one of those politicians, those charismatic figures, you have an army behind them of brilliant people. I don’t think those brilliant people could ever be their own politician. You kind of have to be that star that everyone looks at and engages everybody and figures out how to galvanize a country or whatever they’re running for. I think McAfee sees—it’s such a phrase—she sees the star power in Payton and she sees herself as a tool to get him where he needs to go.

Some people are aware of what their skill set is. It doesn’t make her less capable. But she just sees herself more valuable as being an advisor and thinks 10 steps ahead, than giving the speeches and getting people excited about something.”

“I hope it inspires young people to vote. When you see where this country is headed, it’s so clear that more than ever that young people are the future. That we have inherited a world that is broken and we, unfortunately, as the younger generation, have to fix it. What’s beautiful about this season is the older generation realizing that and stepping back and being like, ‘You know what? You’re right. We haven’t done enough for you and we set you up to fail.’ It’s incredibly inspiring for that younger generation to step in and say, ‘We’re going to create the world we want to see. We’re going to fight for the future of our planet.’ I loved in episode 5 you see the two voters and you have the mother and the daughter and they’re representing two generations. The one thing that sticks out to me is she’s like, ‘My daughter doesn’t even care about buying a home. She doesn’t care about having a mortgage.’ She says, ‘My daughter, all she cares about is climate change.’ So she just wants to make sure that the world is going to be OK.” I think that’s so representative of where we are as a society. We’re not looking for homes. We would rather live with less. We would rather live in a world where we’re making less of a carbon impact. We can create positive change that we want to see.” 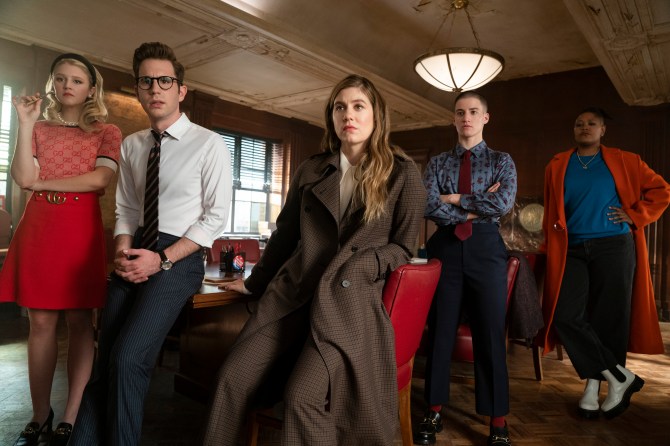 On if she would ever sing in The Politician

“I don’t know if my character would be a singer. I feel like it would come out of left field if my character started singing. I think she’s too serious to sing. It would’ve been fun but maybe another life.”

On her hopes for season 3

“Where we ended in season 2 is heading into a more presidential election, which would be really fun, especially with Judith Light and Bette Midler involved because it’s so much fun working with them. I would love to see what these characters end up doing in a few years with higher stakes. What’s amazing about Ben’s character is he’s constantly walking the line between being a terrible person and also just doing things because he cares about the state of the world. He genuinely cares about the world but he makes some very questionable choices for the sake of his own ambition. When the stakes are even higher, I would love to see what kind of drama and comedy they can create.”