Ever since The Kissing Booth 3 landed on Netflix, fans of the teen rom-com have wondered if they can expect to see The Kissing Booth 4 next. The franchise, which stars Joey King, Jacob Elordi, Joel Courtney and more, has quickly become a favorite on the streaming platform—and we may finally know whether it’s coming back for a fourth installment.

It’s worth noting that the Kissing Booth films are based on Beth Reekles’ book series of the same name. Her series features three main installments, not unlike the Netflix franchise—but Reekles also released two spin-offs, titled The Kissing Booth Road Trip and The Beach House (A Kissing Booth Story). Given the extra reads in Reekles’ repertoire, some fans of The Kissing Booth movies have wondered if the series’ characters will be getting some extra screen time, too. Keep on reading below to find out if there’s going to be a Kissing Booth 4.

Is there going to be a Kissing Booth 4?

Still, the ending of Kissing Booth 3 has certainly left fans wondering if there’s anything left to the story. As fans of the Kissing Booth may know, The Kissing Booth 2 left off with Joey King’s Elle being accepted to both Berkley and Harvard for college. The third installment in the series, meanwhile, tells the story of her deciding between both colleges—and, of course, between her love interests. Without giving too much away (in case you still haven’t watched The Kissing Booth 3), the franchise certainly leaves some room to wonder about what happens to Elle and her dating life during her college years.

King has also hinted that Elle’s story isn’t over, telling Entertainment Tonight, “Elle has a lot of figuring out to do… in the end, she gives herself even more figuring out to do, which is crazy. We don’t know what’s going to happen… I don’t know why she does that.” She also noted that the future for Elle and Noah remains uncertain: “Things change, things happen, and I don’t know where their story will take them.” Yet as it stands, there are no plans for a fourth installment to answer any of these questions. So while the possibility of a spin-off isn’t completely off the table, for now, we’ll have to assume that this is the “last kiss” after all.

The Kissing Booth by Beth Reekles 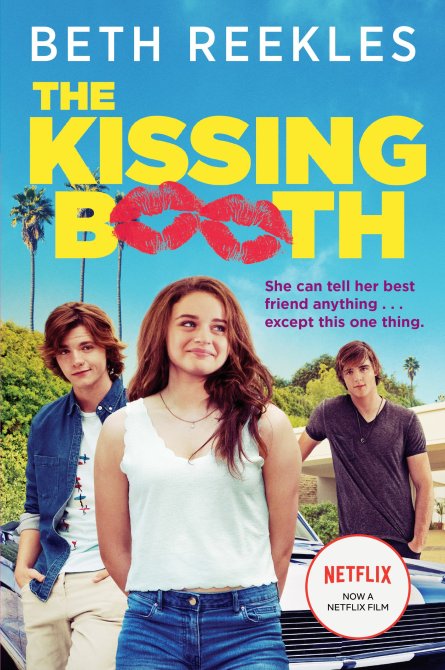