It’s “Mockingjay” time! That perfect time of year when Jennifer Lawrence is everywhere, and every third piece of news is at least somewhat related to “The Hunger Games.” 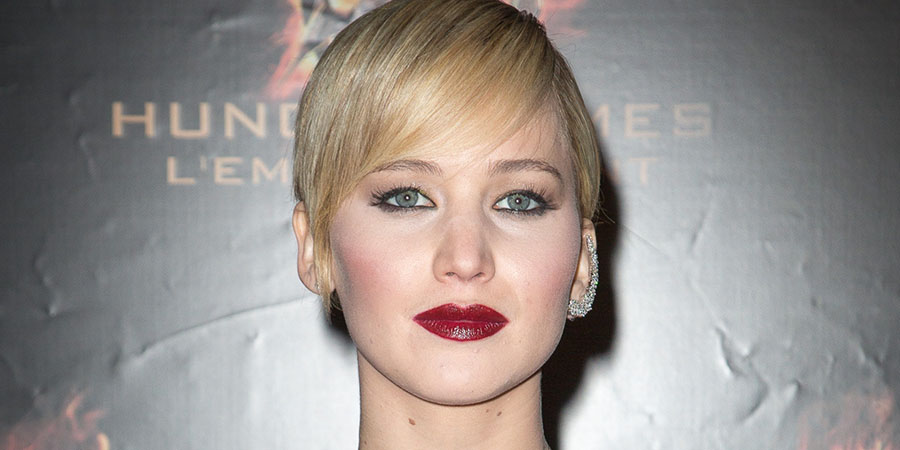 But will the third installment live up to the hype of its predecessors?

“The Hunger Games: Mockingjay: Part 1” stars Lawrence, Josh Hutcherson (“Peeta”), Liam Hemsworth (Gale), and Philip Seymour Hoffman (as “Plutarch Heavensbee,” in his penultimate role) and picks up right where the second games’ left off: After Katniss (SPOILER ALERT!) destroys the arena that is home to the dystopian world’s fight-to-the-death annual event, she wakes up in the über-secret District 13 after learning her own District 12 was left in shambles.

She meets with President Coin (Julianne Moore) who convinces her to be the face of the rebellion (the “Mockingjay”), and the film follows her continuing transformation and her quest to save Peeta from the Capital.

MORE: This is the Best Kim K. Butt Spoof Yet

As any good “THG” fan knows, the third book was split into two movies, of which this is the first. It has no games, no arena, and no shiny district tour—it is dark, it is depressing, it is bitingly cold. But how does the book translate to film? Seems like the critics can’t agree. Check out what they’re saying, below:

In a nutshell: “The distinguished actors, including Oscar winners Lawrence and Hoffman, often deliver their dialogue in a flat, disengaged tone, as if at a first reading. And though we still believe that Lawrence, who turned 25 in August, can do no wrong, she isn’t given much opportunity to do anything spectacularly right here. Her performance is a medley of sobs and gasps, in mournful or radiant closeup. This time, her Katniss is as much a prisoner of her circumstances as Peeta is. She and the movie are both victims of burnout.”

Best Line: “Does anyone care about Peeta, or find him attractive? He’s the Ron Weasley of the series: he gets points for callow valor and sympathy for his run of bad luck, but he remains a pasty, earnest bore.”

In a nutshell: “A part with this much sobbing, hand-wringing, and mournful gazing into the middle distance could be, in the wrong hands, a laugh riot, but Lawrence’s instincts are so smart that she never goes even a shade overboard. She’s a hell of an actress. Her adorable clumsiness in life suggests a reason she’s convincing onscreen: Spontaneity is all.”

In a nut shell: “While helmer [Frances]Lawrence maintains a steadily absorbing control of the story’s pace, tone and ever-increasing dramatic stakes, the downside of his fidelity to [Suzanne] Collins’ novel (the author even gets an “adaptation by” credit this time around) is that the film never shakes off a safe-and-steady, by-the-book feel, or an unfortunate tendency to spell out the obvious. (When Peeta sends Katniss an unmistakable warning, someone helpfully notes, “That was a warning.”) For all its obvious smarts and mildly provocative ideas, “Mockingjay” doesn’t seem to trust its audience quite as much as it clearly trusts its heroine.”

Best line: “The leader of the uprising is the poised, formidable President Coin (Julianne Moore, who seems to have taken hairstyling tips from Meryl Streep in “The Giver”), who urges Katniss to officially embrace her role as the Mockingjay, the rebellion’s fiery, feathered figurehead.”

The Wrap
Verdict: Thumbs up!

In a nut shell: “If you’ve read the books, you know what’s coming, and if you haven’t, there’s no point in spoiling anything. Suffice it to say that while “Mockingjay, Part 1” might not be as consistently thrilling as “Catching Fire” — the second movie always has the luxury of being all PB&J and no crust — it’s the movie equivalent of a page-turner, consistently suspenseful and filled with surprises and illuminating character moments.”

Best line: “The series has let us know these people well enough by this point that it’s just fun to watch for details, like how Effie (Elizabeth Banks) manages to improvise her usual over-the-top couture out of the dull grey jumpsuits that are the uniform of District 13. It’s the kind of fashion savvy that prison drag queens and Little Edie Beale alike would admire.”

The Hollywood Reporter
Verdict: Thumbs down

In a nut shell: “Unfortunately, “Mockingjay — Part 1” has all the personality of an industrial film. There’s not a drop of insolence, insubordination or insurrection running through its veins; it feels like a manufactured product through and through, ironic and sad given its revolutionary theme.

Best Line: To be sure, massive audiences will turn out this year as well as next. But far more than with “Harry Potter” and about the same as with “Twilight,” this doubling-the-profit gambit feels like a gaming-the-public ploy.”

Bad reviews or not—will you still see it?