If you’re a reader, you’ve probably noticed that every new book involving a complicated woman, a couple of twists, and a seemingly vague, female-centric title has been trumpeted as “the new Gone Girl.” At first I found this device irksome—I’d be annoyed if I wrote a novel and everyone compared it to another one written only a few years prior—but I fully understand why publishers make that proclamation. Gillian Flynn‘s book has sold nearly 8 million copies since its 2012 release.

While my daily reading list isn’t typically jam-packed with bestsellers, I found myself drawn to “Gone Girl” the first time I read it—critically for a review—and again last spring when I blew through it for fun after it was confirmed David Fincher had signed on to direct the movie version.

While, sure, the batshit-crazy characters and now-legendary second-act twist were sensational, it was Flynn’s writing that made the book, for me, a real winner. Which is why I’ll occasionally pick up another novel that heralds itself as GG’s successor.

Most, I’ve found, aren’t very much like “Gone Girl” at all, but I understand why “The Girl on the Train” by Paula Hawkins might come close, if not for the writing style, then for its creation of flawed, mercurial female characters who will—for lack of a better phrase—give you the creeps. 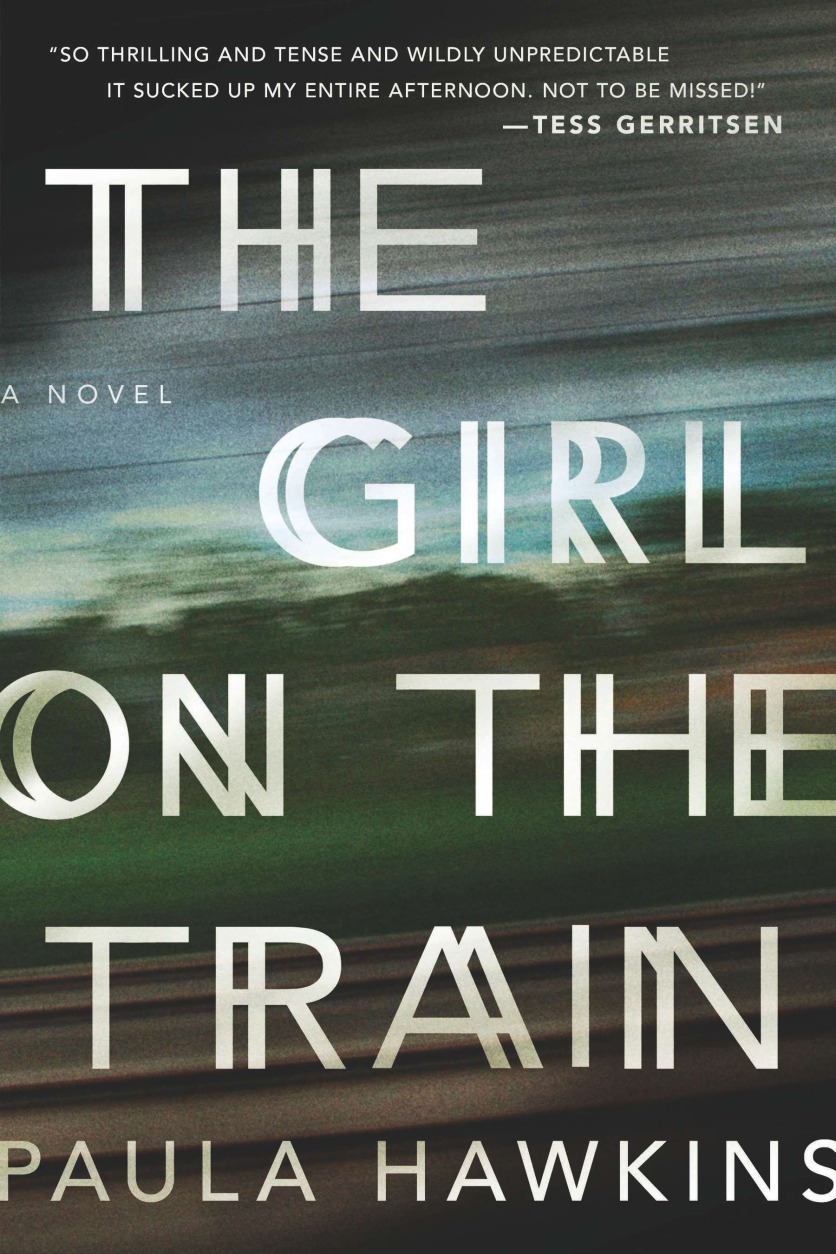 Set in England, the novel unfolds through three interchanging points of view—all women, all unreliable. At the center is Rachel Watkins, a divorced alcoholic prone to blackouts who’s been sacked from her job at a PR firm, but—too ashamed to tell her roommate—she wakes up every morning and boards a commuter train into London, and returns every evening.

During her daily commute, Rachel gazes out the window—often a few pre-mixed gin and tonics in, mind you—and sees the same attractive young couple sitting outside their house right off the tracks. Feeling like she knows them, Rachel makes up names for the couple, assigns them professions, and takes notice of their every move. After it becomes news that the woman in the couple has gone missing, Rachel realizes she may have seen something that could be considered a crucial piece of information.

While it’s a page-turner in every sense of the phrase, largely thanks to the missing-girl mechanism, it’s really Hawkins’ depiction of Rachel that makes it worth reading. A literary sadsack if there ever was one, it’s impossible to not pity the slightly nauseating character, even when we learn about some of the messed-up shit she’s done while blackout drunk.

“The Girl on the Train has more fun with unreliable narration than any chiller since Gone Girl, the book still entrenched on best-seller lists 2½ years after publication because nothing better has come along,” critic Janet Maslin wrote in the New York Times, while booksellers are tripping over themselves trying to keep this one in stock.

And—according to the Wall Street Journal—after an initial print run of 40,000 copies, the book is in its 10th printing in the U.S., with more than 250,000 copies out, while publishing rights have been sold to 33 territories around the world and DreamWorks has acquired the film rights.

Sold? Good. The Girl on the Train is a lot of fun, in an uncomfortable, glad-I’m-not-these-people way, which—to a reader—is the best kind of fun.

Now, if only we can get Fincher to direct …