The Flight Attendant premiered in November as an eight-episode miniseries. The show stars Kaley Cuoco as Cassandra Bowden, a flight attendant who is accused of murder. The series starts with Cassie on a flight from New York City to Bangkok, Thailand, as she meets Alex Sokolov (Michael Huisman), an attractive businessman. When Alex exits the plane, he asks Cassie on a date, and the two meet in Bangkok later that night for dinner. After dinner (and many, many drinks), Cassie returns to Alex’s hotel room and the two have sex. However, when Cassie wakes up, she sees that Alex is dead in bed next to her, with his next slit open. Panicked and scared, Cassie tries to clean up any evidence she’s there and returns to New York City, where the FBI question her for Alex’s death. The show continues with Cassie trying to collect evidence to clear her name and find who the real person who killed Alex is. (Ahead are spoilers for The Flight Attendant finale.)

How does The Flight Attendant show end?

In episode eight of The Flight Attendant, it’s revealed that Buckley (whose real name is Felix) is Alex’s killer and a dangerous co-worker of Miranda. He kills him for a book of codes that lead to Alex’s family’s wealth. In the finale, Felix follows Cassie to the hotel room that she and Miranda are staying at. After he knocks out Miranda and puts her in the bathtub, Felix waits for Cassie to come back to the room. Cassie arrives hours later with Enrico, Cassie’s Italian lover, and a gun from Enrico’s grandfather. Felix ambushes them, stabs Enrico in the stomach and sets his eyes on Cassie and the book. However, before he can kill her, Cassie is saved by her coworker, Shane, who is an undercover CIA agent.. In the final few minutes of the show, it’s revealed that Cassie is now sober and Shane recommended her for a CIA program. 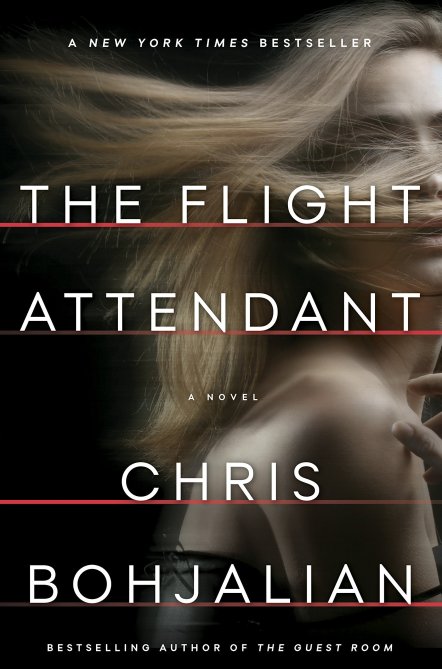 How does The Flight Attendant book end?

So that’s what happened in The Flight Attendant show. But what about the book? HBO Max’s The Flight Attendant is based on Chris Bohjalian’s 2018 book of the same title. In the book, Alex’s killer isn’t Felix but Miranda who sees Cassie in bed with Alex but spares her because her real mission was to kill Alex. At the end of the book, Felix kills Miranda by slitting her throat in Cassie’s hotel room. When Cassie and Enrico arrive, there’s violent fight between all three of them, but eventually, Cassie and Enrico are able to corner Felix, who stages his death to avoid the wrath of his Russian spy boss, Viktor. Like the show, the book also sees Cassie become sober and work for the CIA as an undercover flight attendant who reports any suspicious behavior on planes to the government.

Now for differences: In the book, Shane isn’t a CIA agent but just another flight attendant. Cassie and Enrico save themselves from Buckley (thanks to Cassie’s experience with shooting a gun as a young girl with her dad). Miranda also dies in the book and doesn’t escape like the show. Another difference is Megan’s storyline. In the book, Megan is a much smaller character. It’s revealed in the final pages of the book that Megan was a Russian spy. In the show, she’s a spy for the North Korean government (instead of Russia), and she flees the United States in Rome after her husband suspects her of leaking information to North Korea. Of course, all of these differences lead into The Flight Attendant season 2, which was confirmed by Variety. Though the show was created as a miniseries, season 2 will likely dive into a lot of what happens at the end of season 1, such as Cassie’s job for the CIA, where Miranda is, where Megan is going and what happened to Buckley. It’s also likely that season 2 will dive into storylines from the book that haven’t happened on the show yet, such as the bombshell at the end of the book that Cassie is pregnant with Alex’s baby from their one-night stand and becomes a mom. The show hints at this in the finale when Cassie realizes that she’s in love with the memory of who she thought Alex was.